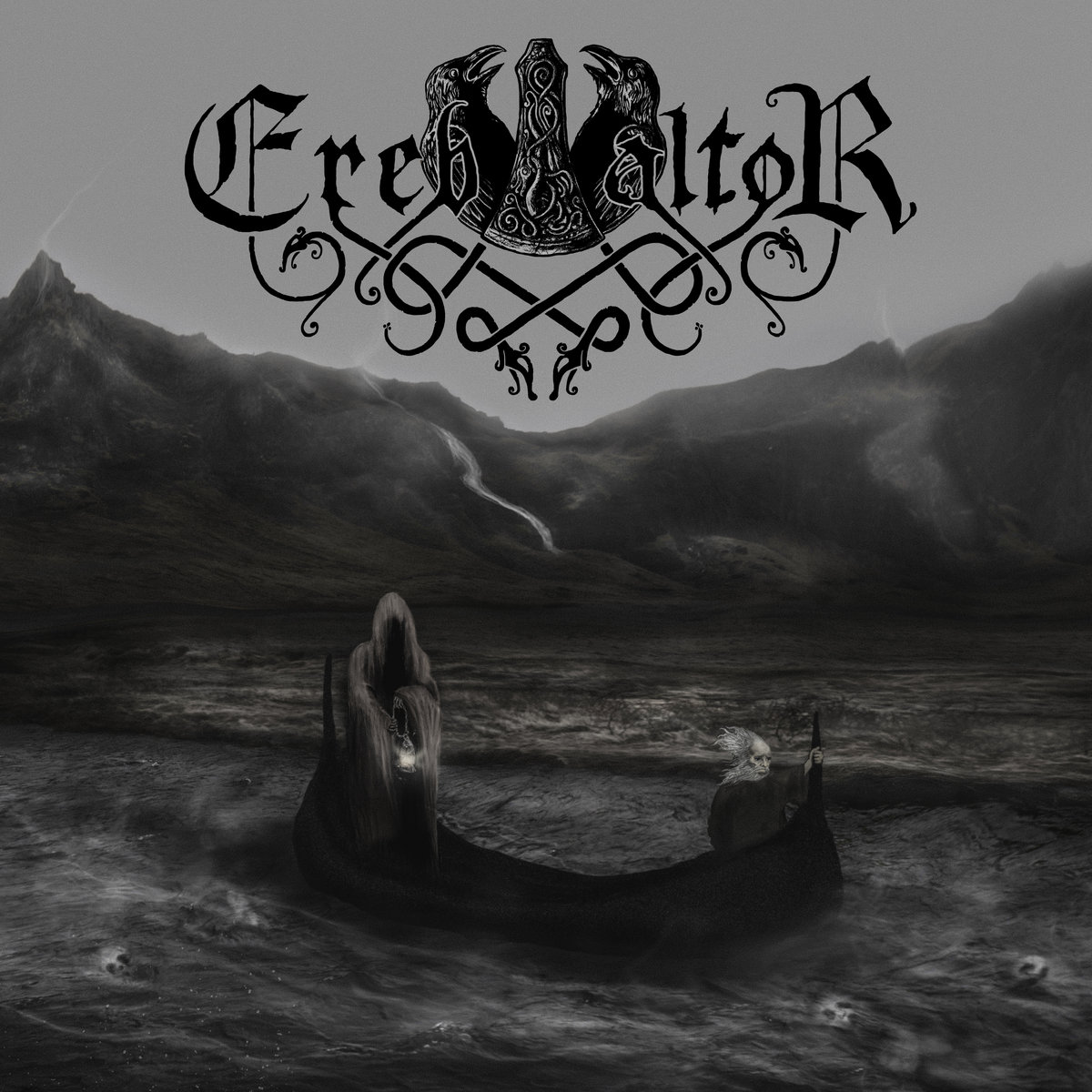 Sweden’s Ereb Altor has become a regular name when looking for pagan metal, as the band has been putting out albums and EPs on a regular basis since forming in 2003.  While their first two efforts showcased more of a doom and heavy metal influence, an extension of what founders Mats and Ragnar had been doing in Forlorn, by 2012’s Gastrike a significant amount of black metal had seeped into the sound.  Since then, Ereb Altor has been regularly tweaking their established formula, offering lengthy and compact albums as well as going for more aggressive or darker tones depending on which one you were listening to.  The past few years have been very active for the band, as they released a four-song EP Eldens Boning in 2021 and have followed that up eight months later with Vargtimman.  Taking an overall darker tone that moves between epic melodies and more aggressive moments, this is a versatile effort that proves to stick with you over time.

What’s clear about Vargtimman is that Ereb Altor isn’t going to radically reinvent themselves nine albums in, but they’re continually making subtle tweaks to their formula and emphasizing different elements on each release.  For this one there seems to have been a desire to boil down everything the instrumentals have explored in the past down to their core, and as a result the songwriting is more varied and concise than before.  You’ve still got plodding doom-like tracks where a darker and mystical atmosphere builds over time, but there are some raging black metal passages and epic ones that channel the type of power one would expect from anything pagan metal.  Although the approach is slightly less aggressive than some of the band’s back catalog, the emphasis on an overall darker tone that seems to invade the material no matter the tempo works to Vargtimman’s advantage.  The sequencing is of particular note, as the band tends to shift gears back towards faster and more direct tempos after a lengthier slow number, keeping things diverse and avoiding repetition that’s easy for this mix of metal styles to fall into.  While there are still a few lulls that don’t fully stand out when listening to the album all the way through, I have to admit that quite a few of these darker, creepy melodies and powerful guitar leads grew on me over time more than I was expecting.  Songs like “Fenris” and “Den dighra döden” really nail that balance of black metal’s edge and more subdued moments that have a haunting quality, and this helps to elevate Ereb Altor’s latest effort for me over some of their prior discography.

Over the years Ereb Altor has split vocals between soaring clean singing and raspy black metal screams, with the screams sometimes feeling a bit subdued on certain albums.  I found both sides of the spectrum to be very strong throughout Vargtimman, and as with the instrumentation it seems like the band has split the harsh and melodic a bit more equally this time around.  Opener “I Have the Sky” kicks things off with booming singing that feels right at home for anything pagan influenced, showcasing powerful yet melodic pitches with backing chants that have a triumphant feel.  But as soon as the title track begins there’s a move over to screams that add a noticeably aggressive edge, and from that point onwards the harsh and melodic trade off regularly.  Even when some of the riffs don’t quite grab me as much, the dual vocals have memorable moments that make up for it, and this makes for a stronger listening experience.

A lot of bands start to sound like they’re going through the motions by album number nine, but that’s the case with Ereb Altor.  While the base formula remains the same with plenty of doom and black metal elements on display, this is a more dynamic sounding effort that feels like a celebration of everything the band has done to this point.  The darker tonality and move between harsh and soaring vocal ranges has left an impression on me, and if you’ve either been entranced by these guys before or just like some epic and mysterious sounding pagan metal this is well worth your time.  Vargtimman is available from Hammerheart Records.