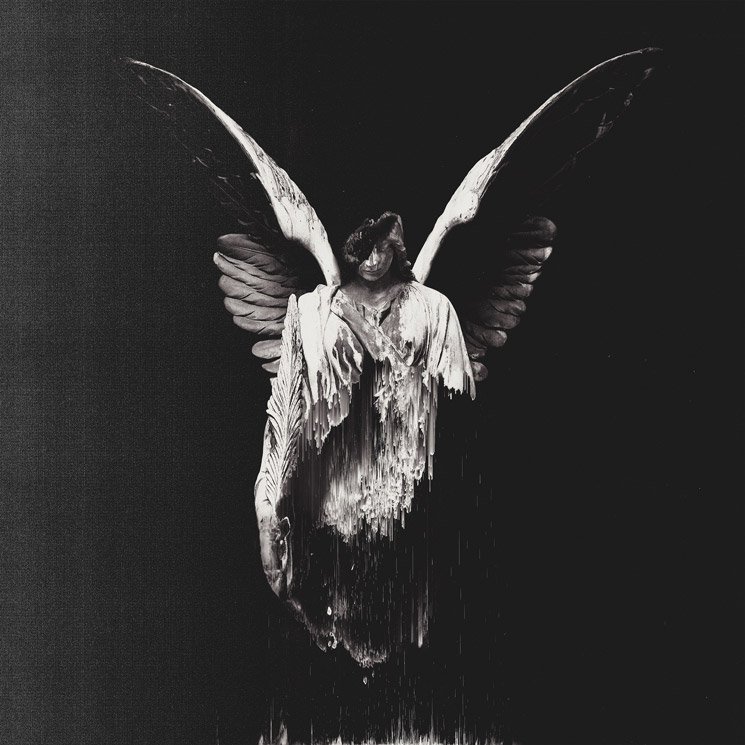 Erase Me
by Underoath

The Pitch: The legendary Florida metalcore band Underoath resurfaces with their first new album since 2010, "tackling the band's demise/rebirth, substance abuse as well as disillusionment with religion" via Fearless Records.

What I Like: Let me just start by saying that I am a huge Underoath fan. I've been listening to them since the original release of They're Only Chasing Safety, and that album remains among my favorite metalcore albums of all time. I own every record from that one forward, and have fond memories associated with hearing Define The Great Line for the first time in college and playing "Desperate Times, Desperate Measures" during lengthy Rock Band sessions. Hell, I still keep "It's a Dangerous Business..." in my regular workout playlist and consider it to be among my all time favorite songs period.

All of this to say that I have no interest in trashing these guys at all. I'm always wary of comebacks, so it was especially important given my history with the band to keep expectations low. Initially this paid off with the release of "On My Teeth," which while not their best work, was "Underoathy" enough for me to be pleased with the final result. The song is anthemic, and along with album opener "It Has To Start Somewhere," draws on plenty of the things I have always loved about this band: strong, varied vocals, great drumming, and heavy guitars.

Critiques: Unfortunately, this type of material only accounts for a small percentage of the actual material. By and large, Erase Me is more of a pop rock album than post-hardcore or metalcore. I'd liken it to Hopesfall's A Types or even a Taking Back Sunday release. There's nothing wrong with that in and of itself, but it's a bit jarring nonetheless when you queue up "Rapture" for the first time.

Now there are those out there that will laugh and say "Underoath have always been a poppy band." I even recall being made fun of by old school pre-TOCS fans who maligned the band's direction towards more clean vocals. It's true that Underoath have never had qualms with getting poppy or dare I say "emo" on past releases, but it always felt in balance with the heavier moments. On Erase Me, this is just not the case. It's 75/25 pop-to-metal ratio if I'm being generous, and when even a song called "Bloodlust" is on the softer side you're going to alienate your heavier fans. And being totally frank, "Wake Me" is just garbage.

The Verdict: I am certain that there is an audience for this album. It really isn't bad...its just not what I and many other longtime metalcore fans came looking for. This is coming from a sensitive guy who actually liked the inclusion of past songs like "Some Will Seek Forgiveness, Others Escape" and "The Blue Note." If you go into Erase Me with a similar mindset as Taking Back Sunday, you'll probably be cool with it. But for me, I have little interest in listening to this album again. All my good wishes to the band having a successful comeback...this one just wasn't for me.

Flight's Fav's: On My Teeth, Hold Your Breath It Has To Start Somewhere