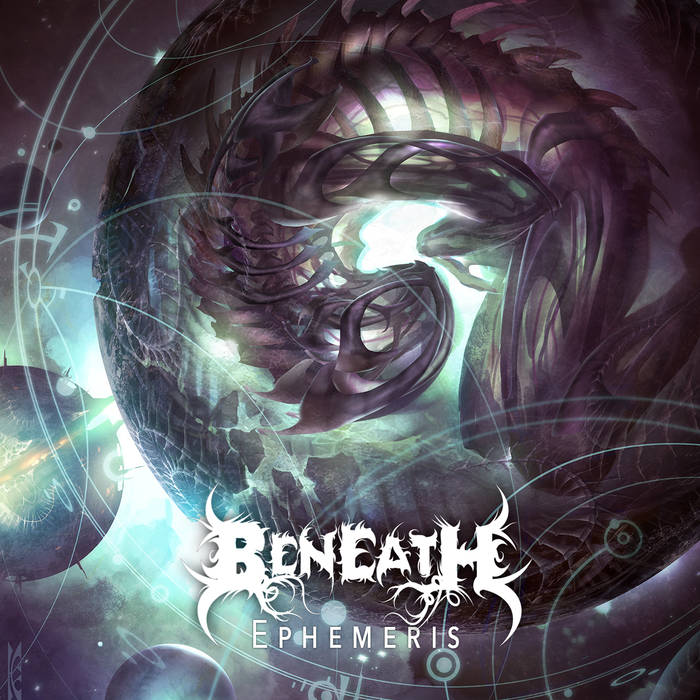 What I Like: It took me a while to get me thoughts together regarding the best "elevator pitch" for Ephemeris, but I think I've found one that I'm satisfied with.  Beneath play a brand of death metal that often reminds me of Meshuggah for people who may not be a fan of Jen's vocal style.  This is, of course, a huge oversimplification; but throughout the album I notice a similar take on technical grooves underpinned by shifting drum patterns and even complimented by a few signature jazzy solos.  I even hear (modest) similarites between the riff about halfway through the opening track and "The Demon's Name is Surveillance." But Beneath has pleny of differences as well.  The most obvious departure comes in the righteous brutal death growls that compliment the adept musicianship.  And rather than relying on an entire foundation of groove, there are plenty of more traditional technical death metal elements akin to Dying Fetus as well as a few vaguely death/doom moments as on "Cities of the Outer Reaches."

Critiques: There are a few tracks in the middle that are a little bit on the average side, but when I say average it's relative to the otherwise largely amazing songs on this album.  I could also stand for a little more variety in the vocal tone even if I really dig the level of presence and power regardless.

The Verdict: A very impressive album that adeptly traverses a number of tech death approaches and results in a highly enjoyable and rewarding experience.  It's dark and ominous, well-performed, and overall very digestible for both your average headbanger and those looking for something with a little more sonic depth.  Get this s#!t tomorrow.