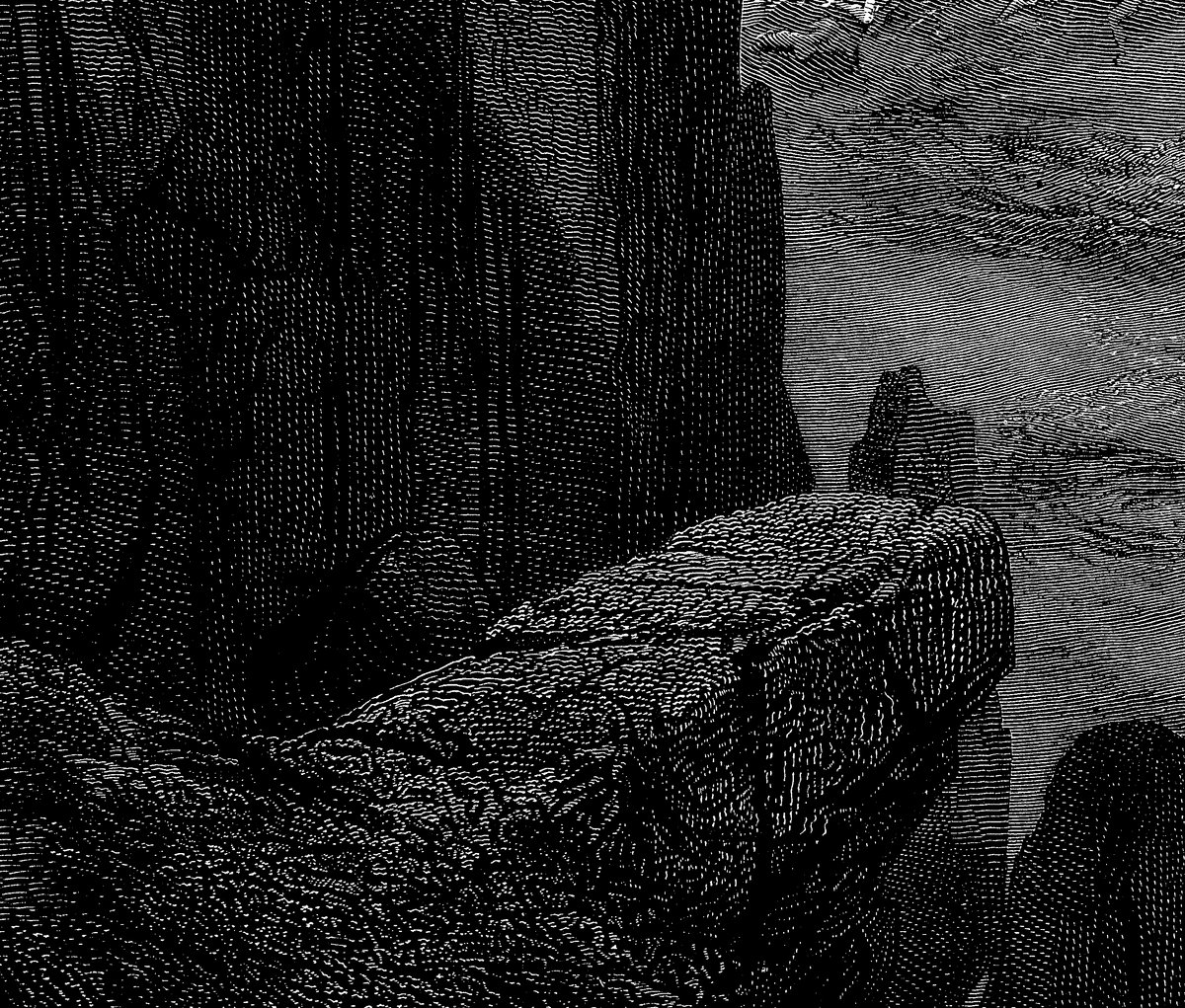 The Icelandic metal scene continues to give listeners more bands than they can keep up with, as there’s a steady churn of material coming from a lot of familiar names.  This holds true for 0 (or Null), a black metal and doom hybrid that contains members of Carpe Noctem, Misþyrming, Vonlaus, and Naðra.  Their debut Null & Void came out nearly six years ago and offered a single thirty-four-minute track, but for follow-up Entity the group has provided six tracks of bleak instrumentation and some of the most tortured vocals I’ve heard in recent memory.  It’s a very different beast than all the previously mentioned bands and does prove to be a bit of an exhausting listen at times, but the dense and bleak atmosphere has a way of getting under your skin.

Entity expands outwards slowly, letting bleak melodies build up over its longer track lengths until they’ve reached dense layers wash over you with the force of crashing waves.  There are a few moments where the tempo kicks up into blasting black metal that brings that familiar chaotic and abrasive tonality into play, but for the most part 0 has taken a far more methodical and melodic approach that has a bit more doom and depressive black metal influence to its sound and overall tone.  The darkness that these melodies conjure sometimes reminded me of mid-period Hypothermia when the band had started to move towards post-rock, as there’s a similar sweeping feel to the guitar work that results in moments of somber beauty on songs like “Grasping the Outer Hull of the Tangible”.  It’s interesting to find this crew of musicians head in the opposite end of the spectrum from their other projects, letting darkness shine through stretched out compositions rather than the chaotic, violent approach listeners are used to.  Despite the subtle nuances of each piece there are a lot of similarities to how they are constructed, and it does make some of them blur together, making Entity work better as a whole than in individual pieces.

The vocals are where listeners are either likely to click with 0 or bounce right off their material, as Vonlaus’ singer S.S. has provided some ear-piercing shrieks that are so tortured and abrasive that they can make the material exhausting at times.  Entity doesn’t reveal this right from the start though, as opening track “None” begins with somber clean singing that has a sense of beauty to it before transitioning over to some harsher screams and cries around the halfway point.  The pitch is jagged at this point but not overly extreme, but this changes with “Reduced Beyond the Point of Renewal” where S.S. starts shrieking so high that you’ll instantly get chills.  It’s definitely over the top, but fits the incredibly bleak and hopeless feel of the instrumentation and for listeners who find this type of approach appealing it’ll leave a lasting impression.

0’s taken a very different approach from much of Icelandic black metal, layering somber melodies to create a sound that is equally as bleak but gets there in a much more methodical and nuanced manner.  It’s a dense listen that lulls you into a false sense of security before unleashing a wall of nightmarish shrieks, and while the overall approach makes some of the songs blend together a bit too often there’s still plenty here to entice you back for more.  Entity is available from Ván Records.