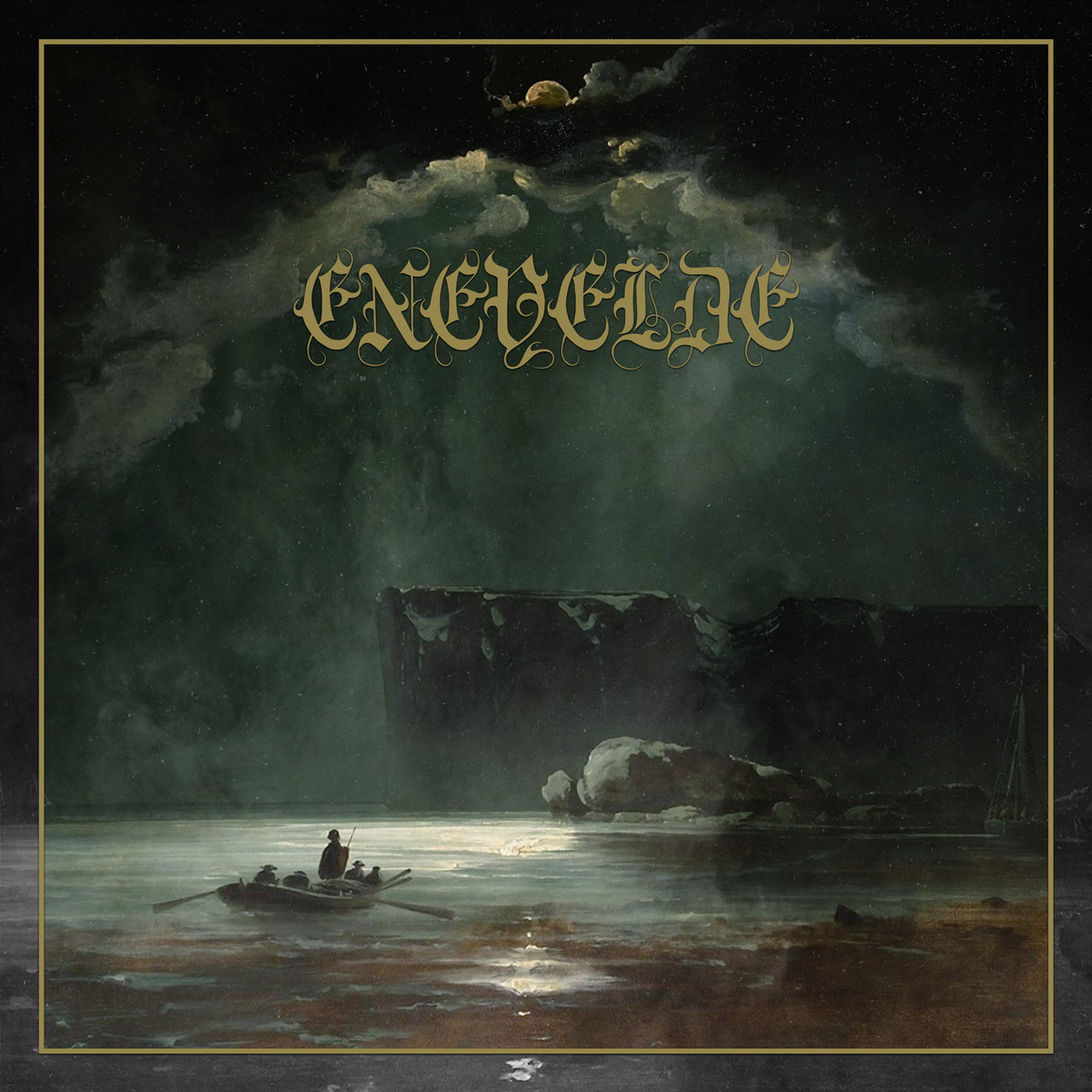 Norway’s seen a surge in newer bands doing the second wave of black metal justice while also pushing off in their own directions, with many of the artists on Terratur Possessions leading the way.  If you’ve followed the label in recent years it’s likely releases from the likes of Whoredom Rife, Mare, and Misotheist (to name just a few) have caught your attention, and their latest signing is Enevelde, a solo project from Misotheist’s vocalist B. Kråbøl.  Where his main band captured the murkier and lo-fi side of the genre, with Enevelde’s self-titled debut the sound pushes outwards towards soaring melodies and elements that are grander in scale.  While the emphasis on repetition and building riffs does result in some lulls, there are still some truly stunning moments and Kråbøl is able to fully establish this project as an entity that stands out from his other work.

There’s still a sense of darkness and dread at work throughout Enevelde’s material, but there’s an even greater focus on melody and the fullness of the recording gives a very different feel compared to Misotheist’s 2018 album.  This is evident right from the start of “Kroppens Mani”, as you’re met with a slow building melody and harsh riffing that lets the atmosphere build before it lets the drums open into that familiar icy blasting.  But there’s still plenty of surprises left in store on this almost nine minute song, as around the three-quarter mark the guitars transition over to melodies that have an almost bluesy/folk tone to them that give off a more epic and grand feel, as though it’s the soundtrack to venturing off into a far-off mountain peak.  From there the remaining three songs use this same type of interplay between that harsh, colder tonality and soaring melodies that often come across like a battle cry, with repeated riffs and slower, methodical pacing driving the ideas forward.  It’s reminiscent of some of the ideas Whoredom Rife has gone for on their more recent works as well as early Ulver, though Enevelde twists these elements together into a way that isn’t quite a mere stereotype of early Norwegian black metal.  Admittedly with the stretched out approach, the second half of the record does have some lulls and I connected a bit more with the first two a bit more, but with the album being on the shorter side it still has plenty of standout passages that are worth returning to.

B. Kråbøl has one of those vocal ranges that is perfectly suited for black metal, as his screams and growls skew towards the lower end of the spectrum and hover over the landscape with an ominous presence.  The added clarity of the recording only makes the vocals seem that much more intense, as they spread outwards in a similar way as the guitar leads and gain power with each passing minute.  On “Forringelse” Enevelde has brought in K.R. from Whoredom Rife for some guest vocals, which adds some higher screams into the mix and makes this track stand out even more.  It’s a familiar style that you’d expect from the genre, but there’s so much power and grit to the performance that it leaves a lasting impression.

Sometimes solo projects come off as a little too close to the other bands their creators have been a part of, but with Enevelde B. Kråbøl has set off on a different path that goes in a grander and melodically oriented direction.  “Kroppens Mani” is easily one of the best black metal songs I’ve heard all year, and while the remainder of the album doesn’t always stick out quite as much there’s plenty of stunning climaxes and haunting moments to keep listeners coming back.  Terratur has indicated that a second Misotheist album is already in the works, and it will be interesting to see where the two bands continue to diverge as they move forward.  Enevelde is available from Terratur Possessions.