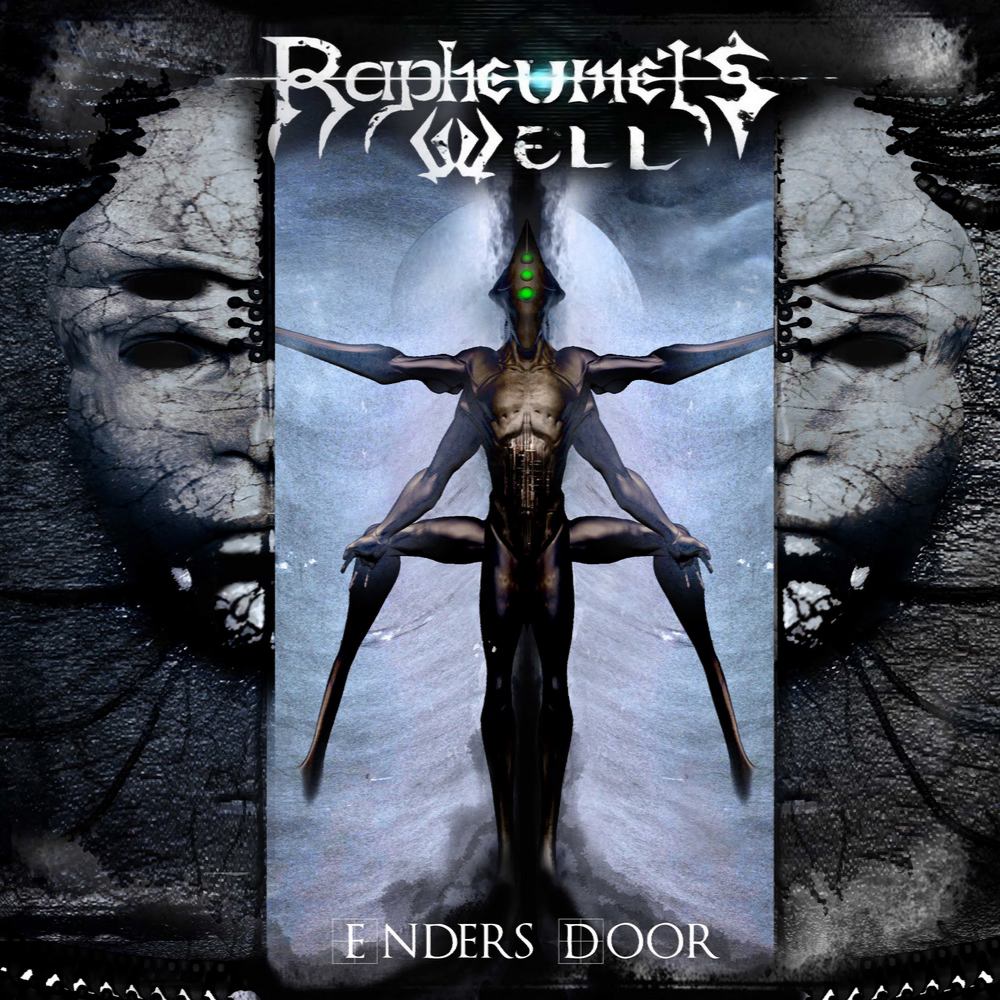 The Pitch: Hickory, N.C. sci-fi concept-driven, symphonic, progressive death metal band Rapheumets Well are back with a new story to tell though Test Your Metal Records.  "The fifth era of the Avomenian Empire, amidst the planetary ruins of Vaath, a rogue traveler would discover an artifact that would forever change his place in the cosmos."  FFO Septicflesh, Fleshgod Apocalypse, Dimmu Borgir

What I Like: For one, I appreciate that Rapheumets Well share commonalities with other more popular extreme symphonic bands without sounding like a direct rehash.  Enders Door has plenty of moments that make me think of Dimmu Borgir and Fleshgod Apocalypse, but taken as a whole this is still a unique entity.  It feels like they deconstructed their favorite predecessors, took the favorite elements while adding a few of their own, and then built something else with a new blueprint.  Just because both of our houses are made of bricks does not make them the same.

This approach goes over quite well for me, as I feel free to engage in two levels of enjoyment.  On the one hand I can wax nostalgic about the epic synths and raging guitars like it's my first time listening to Spiritual Black Dimensions, but on the other I can experience an entirely new story and presentation.  Rapheumets Well are certainly more progressive-driven than their peers, and the mythology of the band is entirely different.  Instead of medieval imagery and demons we get a soaring, sci fi opera that feels more akin to The Fifth Element than King.  More generally, I also generally appreciate the interplay of the death vocals with the female sung cleans, ripping guitar solos, and variety of sounds from the synthesizers.

Critiques: It may just be my copy, but the production feels pretty muddled.  With so much going on within each track, and so many instruments battling for space, it can get a little hairy.  I found myself straining to catch all of the instrumentation over my multiple listens.  I also feel like the songwriting could benefit from a little more direction.  At times I feel like I'm just being tossed all over the place without a clear motive.

The Verdict: Though not without its faults, Enders Door is one of the better extreme symphonic outings I have heard in 2017.  I'm not sure Rapheumets Well are quite ready to take on the big leaguers just yet, but they're certainly not too far off.

Flight's Fav's: Distress on the Aberrant Planet, The Autogenous Extinction, Unveiling the Sapient