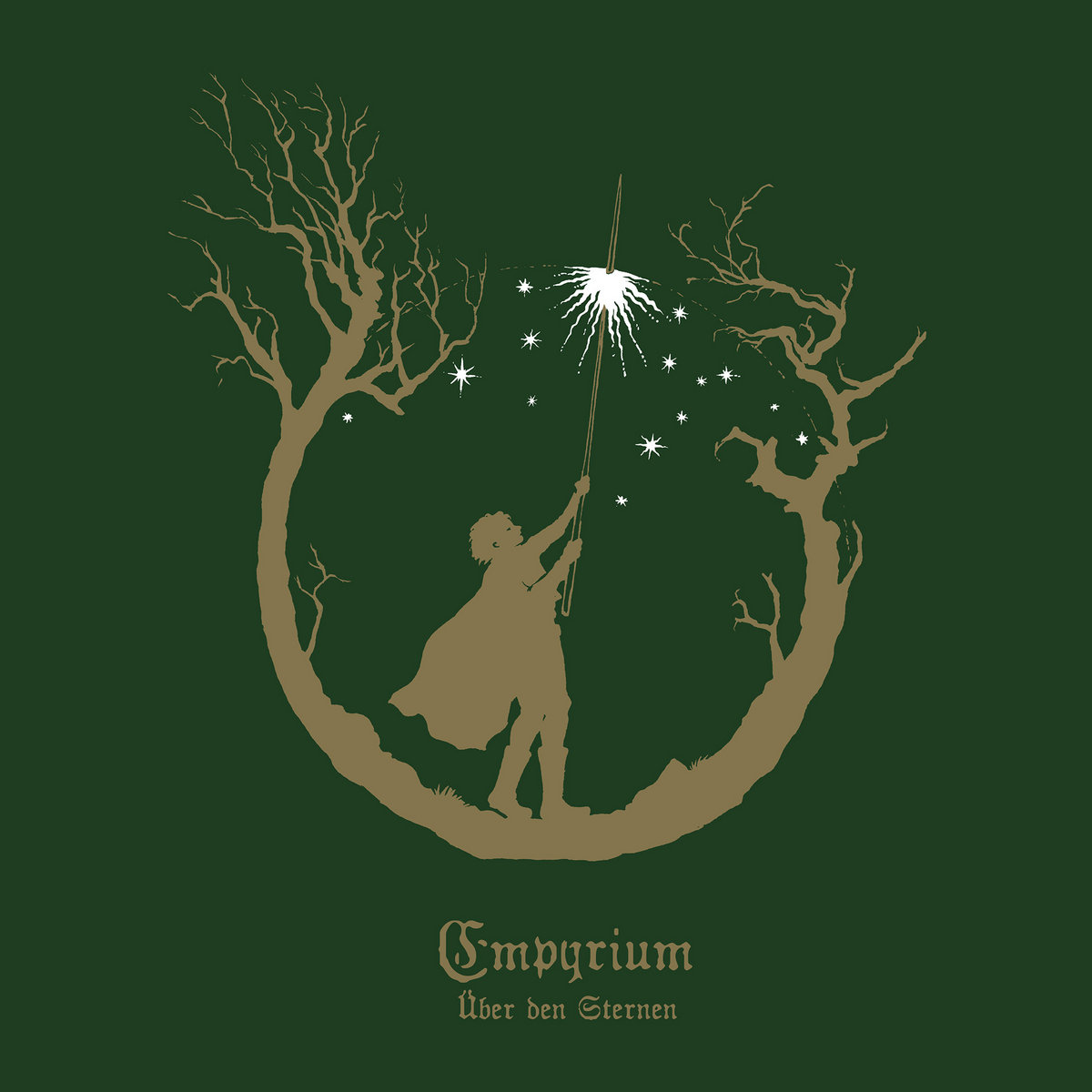 Empyrium left a significant impression on listeners throughout the mid-90s and early 2000s with material that bridged the gap between neofolk, doom, and earlier folk/black metal albums from bands like Ulver.  Each of their albums would explore fairly different territory, with the metal side of the spectrum giving way to post punk and even darker folk especially once they returned after a twelve-year gap with 2014’s The Turn of the Tides.  The duo has hardly been idle when Empyrium has laid dormant, as the duo have written under the name Noekk and Schwadorf has been involved in a whole slew of other projects.  With another seven years having passed since The Turn of the Tides, Empyrium has returned with Über den Sternen which bridges the gap between some of the heavier moments of their early days and the beautiful melancholy of their later efforts.

That last sentence doesn’t mean that the duo has completely lost their identity and gone off towards full-on black metal or anything like that, as Schwadorf has outlets like the excellent Sun of the Sleepless for that.  But where their most recent effort prior to this album had done off into much softer neofolk and post punk, there’s a noticeably heavier slant incorporated into the songwriting that bridges the gap between the old and new often in the context of a single track.  Heavier doom and even black tonality often seep into the climaxes as each song reaches its peak, with the title track in particular featuring some of the most distorted and immense riffing I’ve heard from Empyrium in quite some time.  Where this duo continues to outshine so many others out there is in their ability to write metal and folk music that’s genuinely beautiful and brings an air of mystery and fantasy with it, whisking you off to times and places long forgotten.  Songs like “A Lucid Tower Beckons on the Hills Afar” and “The Oaken Throne” pull you in with soft melodies that have a classical influence to them while providing a sense of mystery with how they seem to hover over the recording with an airier, mystical quality.  The balance between the heavier climaxes where the tonality takes on a doom or melodic black metal feel and the subdued beauty of songs like “The Archer” is truly intoxicating, and the fifty minutes seems to fly by in a flash.  There’s something about German bands that allows them to capture the mystery of nature and wonder of ancient traditions, as the atmosphere here sometimes reminds me of Mosaic’s Secret Ambrosian Fire from 2019.

As long-time fans already know, the instrumentals are just one piece of the puzzle when it comes to Empyrium and Über den Sternen is no disappointment in this department.  Once again, the operatic singing is one of the first elements you’ll hear, moving from sweeping and vibrant ranges to much softer whispers alongside of the instrumentation.  Thomas Helm still has a truly incredible voice even all these years later, and when he harmonizes with Schwadorf it results in some of the most beautiful and emotional moments.  The black metal side returns to Empyrium in the form of some raspier screams that are utilized at key moments during some of the songs, bringing a similar approach to Sun of the Sleepless.  They’re not a dominant element, but they add just enough of an edge to make for some truly powerful moments that provide some contrast to the lushness of the melodies.  It’s clear that just as much thought has been put into the vocal compositions as the rest of the music, and almost like a progressive rock element there are different elements to discover and focus on with each time through.

There isn’t any other band that sounds quite like Empyrium, and their emphasis on weaving in the distorted guitar and abrasive elements with the beauty and softer tones of their more recent efforts results in a fresh take on their classic style.  With entrancing atmosphere from beginning to end, this is an album that listeners are likely to be hooked on for some time and whether you’re into 90s black metal, doom, or neofolk there’s plenty to draw you in.  It’s only February and with this being one of the first releases of Prophecy Productions’ twenty-fifth anniversary celebration, I suspect we’ll have more incredible material to dive into in the coming months.