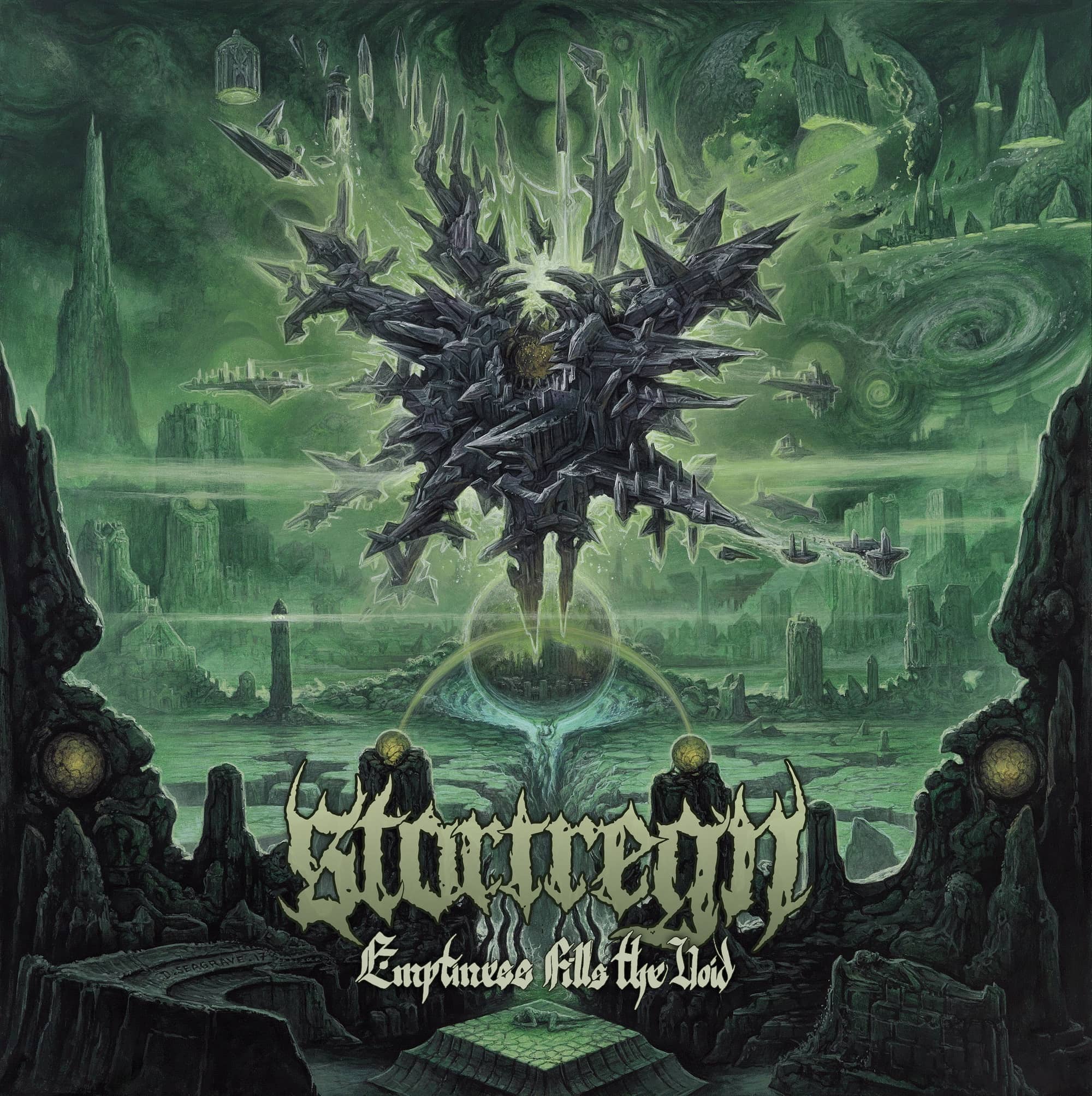 Emptiness Fill The Void
by Stortregn

The Pitch: Swiss melodic black and death metal band Stortregn is back with a new album via Non Serviam Records. On their current tour supporting Immolation and Full of Hell, "Stortregn ravage the place until the smallest shred of human skin is marked." FFO: Dissection, Sacramentum, Marduk

What I Like: Emptiness Fills The Void represents a moderate step forward for Stortregn in the two years since their last album, Singularity. Opening with a vengeance thanks to their best track to date, "Through The Dark Gates," the band elevates their usual melodeath-tinged, Dissection-inspired guitar riffs to their absolute zenith. The hooks that follow are fast, catchy, and highly memorable; stepping up the musicianship even further with some lively solos. I also appreciate the layering of Opethy acoustic guitars with the distortion on other tracks like "The Forge" and "Nonexistence."

The other aspect of this album that really draws me in, despite a few qualms below, are the vocals. Romaine Negro demonstrates a decent range, employing grim black metal snarls, deafening shrieks, and brutal growls across each song. You get a healthy dose of both black and death metal as a result, with neither seeming to overpower the other. Again much like Dissection, the argument of which camp this band belongs to is certainly up for debate. But for me it really doesn't matter. What's important is that these guys can really tear it up.

Critiques: Regarding the vocals, ditch the whisper lyrics. There's only a handful of musicains I've heard pull this off, and this isn't one of those times. The production on the brutal growls could also use some work. More generally, the tracks are often overlong and consistency continues to be an issue. If you cut the longer ones by 2 minutes or so (particularly during the slower, doomy interludes), they'd pack a harder punch. It's the open hand versus the closed fist. This plays into the latter issue as well, with some songs becoming bogged down in repetition despite still having serious high points (like the middle of both tracks named above, for instance).

The Verdict: With a few minor tweaks, Stortegn is poised to take over as a blackened death metal powerhouse. They have plenty of appeal to both tribes, and Emptiness Fills the Void certainly represents the strongest case for this to date. Thanks to raging riffs, breakneck pacing, and eclectic vocals, Stortregn should turn plenty of heads in the near future.

Flight's Fav's: Through The Dark Gates, The Forge, Lawless