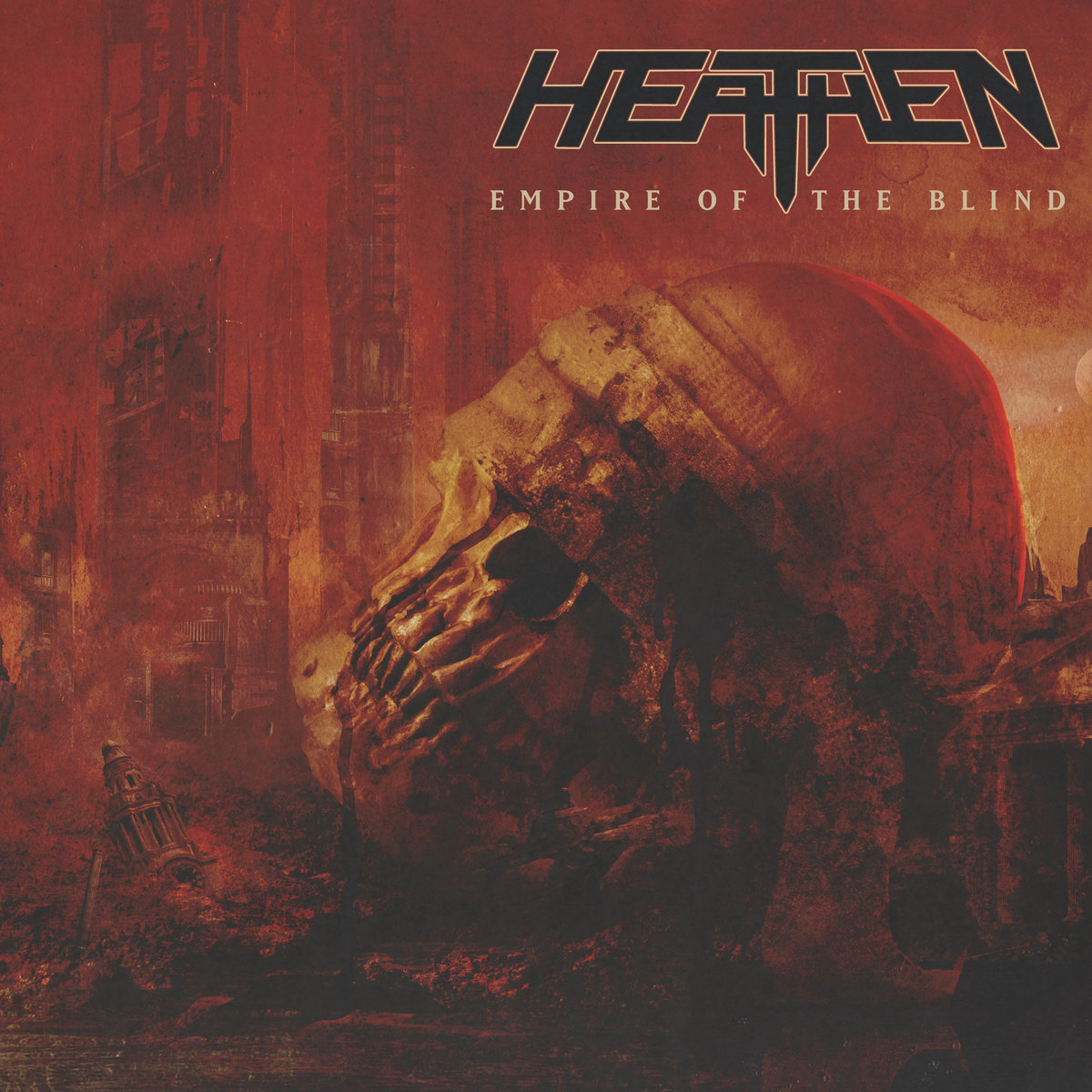 Empire of the Blind

Empire of the Blind
by Heathen

How many bands can you think of that have released two comeback albums?  Perhaps that wasn’t what Bay Area thrash group Heathen was intending but following a twenty-one-year gap between Victims of Deception and The Evolution of Chaos it’s now taken another ten years for their latest release Empire of the Blind to come to fruition.  With newcomers Jason Mirza (Psychosis) and Jim DeMaria (Toxik, ex-Generate Kill) rounding out the lineup, it’s clear that Heathen has attempted to offer up material that captures the early days of thrash along with some of its more modern inclinations.  And while not every song is able to reach the types of lofty heights that define some of the genre’s best releases, there’s still plenty of standout moments that make this long-running band’s return worth the wait.

One of the things that works well for Empire of the Blind is its decision to lead in with some of its heaviest and fastest tracks.  “The Rotting Sphere” leads the album off with equal amounts of darker melodies and soaring guitar work that appropriately builds in power and intensity, paving the way for “The Blight” to come roaring in with the same type of blistering guitar and bass work that defined both early Heathen and the 80s Bay Area thrash scene in general.  But there’s more than just thrash at work on this song and many of the others the group has written for the album, and you’ll notice that when the choruses come in on “The Blight” there’s the type of soaring melodies that give off more of a power metal feel.  For the first half of the album Heathen remains focused on speed, with some mid-tempo breaks that allow additional melody to shine through, and their sound retains these flourishes of power metal and classic heavy metal woven into the thrash that works to their advantage.  But as you get further into Empire of the Blind the band shakes things up a bit more, incorporating some slower grooves and even a rock ballad that recall more modern variants of metal and rock from the 90s and 2000s.  For some purists that may hurt the album’s appeal a bit, but I found that the much softer “Shrine of Apathy” gave a nice break from the heavier and fast paced moments and had just the right amount of hook to it.  Admittedly despite how much ground they’ve covered, the songwriting doesn’t always have the same consistency as The Evolution of Chaos and some of the songs came and went without truly leaving an impact.  The high points of ‘Sun in my Hand” and late numbers like “A Fine Red Mist” and “The Gods Divide” go a long way in giving the material some staying power, but Heathen doesn’t quite reach the same level as some of their previous discography.

While David White hasn’t been with Heathen for their entire career as there was a brief period where Paul Baloff fronted, he has been on all of their albums and so there’s a sense of consistency to the performances no matter what period of the band you’re listening to.  His approach continues to be one of my favorite elements of Heathen’s music, as it’s a bit more melodic than other thrash vocalists.  During the verses White has a rougher edge to his voice, giving that rougher edge and grittier tone that draws listeners in, but when the choruses come in his singing reaches soaring heights that are truly attention grabbing.  On the aforementioned “Shrine of Apathy” there’s a soft yet darker tone to the singing that reminds me of a number of different rock bands from the 90s and early 2000s, and while a lot of thrash has vocalists that don’t succeed when it comes to these softer, more fragile moments Heathen pulls it off beautifully.

The Evolution of Chaos was an album that left an impression on me ten years ago, and I’ve often found myself wondering over the years if that was it for Heathen or whether they’d return once again.  In 2020 I have my answer, and while not every song hits the mark this incarnation of the band still offers a more versatile approach to thrash than their peers and still has more than enough standout choruses and guitar leads to keep listeners coming back for more.  It’s a welcome return, and hopefully this era of Heathen doesn’t disappear again for another decade.  Empire of the Blind is available on Nuclear Blast.