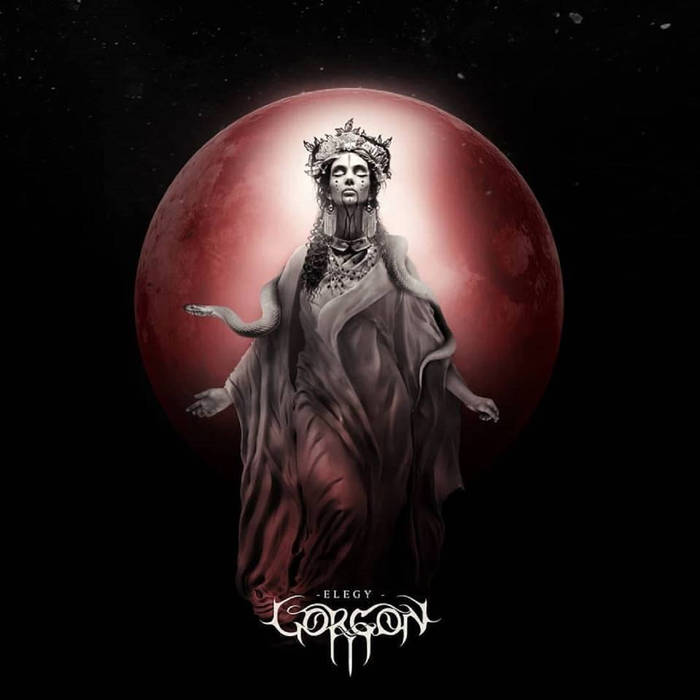 What I Like: Take the grand, symphonic backdrop of Dimmu Borgir and pair it with the ugly, blackened death metal gargle of Belphegor, and you've got something approximating Gorgon. Conceptually comparing the creation of the Universe to an embryo forming in the womb, Elegy is a much darker celebration of women than we've seen in the past few years.  The band aesthetically reminds me of Carach Angren, but greatly differentiate their sound with their own approach to synths and a certain edge of brutality. Gorgon toy with a number of styles and modes over the course of this album, sometimes taking on a Middle Eastern vibe a la Akhenaten ("Under a Bleeding Moon"), others going the more "Wagnerian" route of Fleshgod Apocalypse ("Elegy"). Chugging rhythm guitars, fiery tremolos, and massive-sounding drums signal the apocalypse alongside everything from classical horn arrangements to Bouzouki and what sounds like duduk.

Critiques: There are foundations here of an interesting sound, but it feels as if there is still some fleshing out to do. I found myself wondering when certain tracks would be over and at times zoned out entirely. It's not at all that the songs are bad; only that they would benefit from being tightened up and more dynamically orchestrated.

The Verdict: Vast in scope and at times reaching some pretty epic peaks, Elegy is a solid album in the extreme symphonic genre. It's a sound I've developed a deep love for ever since I first heard "Progenies Of The Great Apocalypse," and I'm always excited to see bands like Gorgon carry the flame. I'm not convinced that they have achieved their full potential just yet, but it's a worthy effort that makes me interested in hearing more in the future.