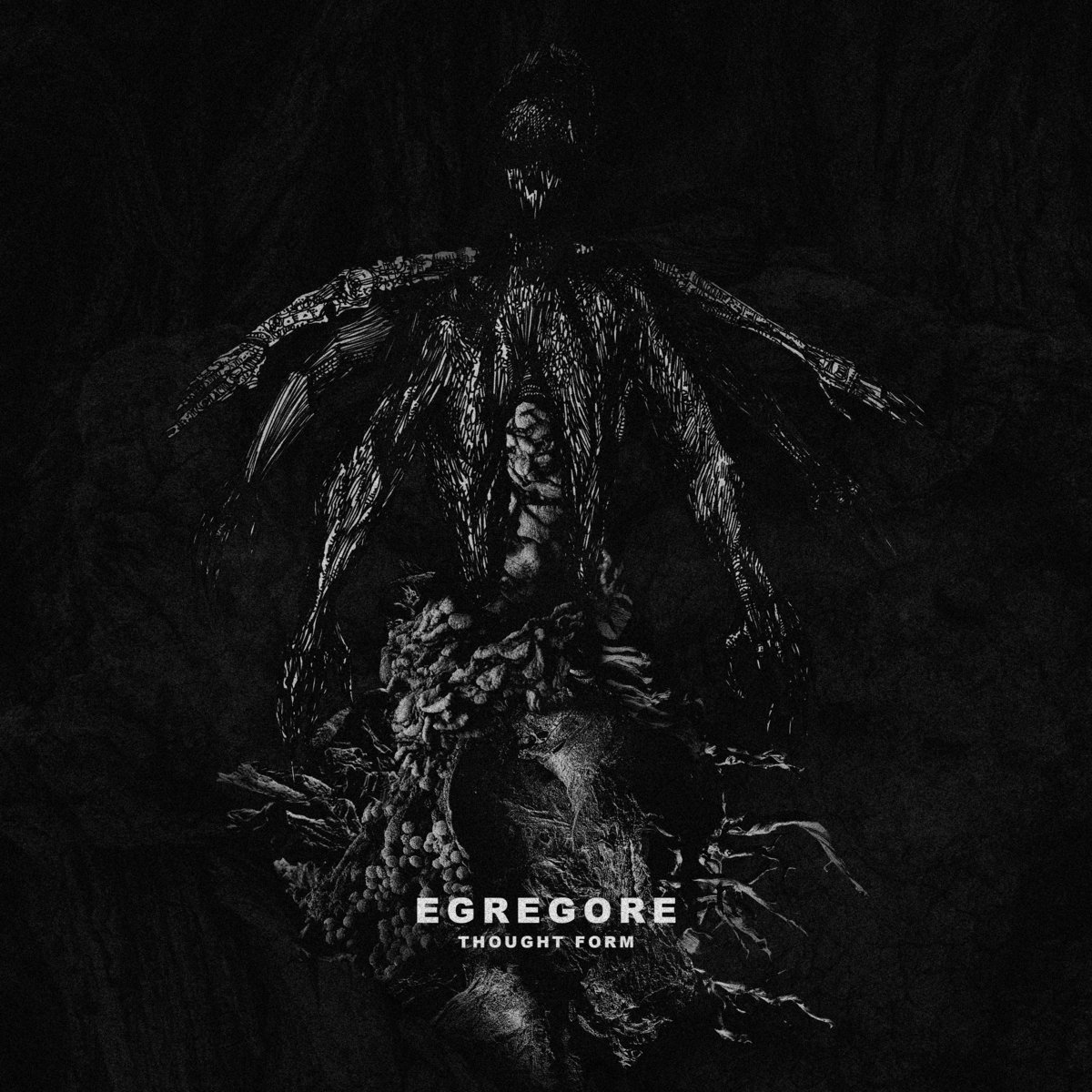 EGREGORE Blows Away Listeners With Black, Death, and Grind on THOUGHT FORM

When it comes to bands that can blur the lines between black metal, death metal, and grindcore, chances are that only a handful of artists come to mind.  One that you may not have heard of is a one-man project from Utah called Egregore, who has been putting out several EP’s and singles since 2020 began.  Back in September Sentient Ruin Laboratoriescompiled some of these tracks alongside two new unreleased ones in the form of  Thought Form, and if you’re a newcomer like me this six song effort is the perfect introduction to the all-out assault on the senses Egregore has to offer.  With each track bludgeoning listeners with different stylistic elements, this is a promising start for a project that looks poised to destroy everything in its path.

“Divinatory Hallucination” launches right into a dense and chaotic attack that is so bottom heavy it feels like it could bring down the walls of your house, with the tonality bringing black/death metal bands like Revenge, Deiphago, and Infernal Coil to mind with a bit of grind to back things up.  It’s always exciting to find a group that is almost so overwhelming from the get-go that you need additional listens to break through all the layers and get a feel for everything that’s happening.  While there have been some newcomers in recent years that have gone for this same type of unrelenting blend of metal genres, where Egregore stands apart is its ability to shapeshift between different styles from one song to the next.  After the initial burst of fast paced and violent instrumentation, “Astrotheology” settles into some slower tempos where death metal riffing and tonality dominates, only for “Dysthymic Gloom” to throw in some more traditional black metal elements around the halfway point.  Rather than being a one-dimensional listen where it’s blast after blast with little variation, Egregore is already showing a knack for tempo changes and particular riffs that give the songs identities of their own, especially when the song lengths stretch out into the two to three minute mark.  With equal amounts of slower, methodical grooves that let darkness and despair seep in alongside grind assaults that feel like they’re going to cave your skull in from the sheer impact, Thought Form gives listeners plenty of reason to come back for more.

The sheer intensity of the material isn’t limited to the instrumentals, as the vocals are just as in your face and aggressive.  Though they are placed a little further back in the mix, the screams and growls are drenched in echo and seem to break through the dense layers of sound consistently to add that extra blast of intensity.  Stylistically the pitch reminds me of a cross between the rapid-fire screams of grindcore and the more inhuman sounding low ranges of death metal, which suits the overall mixture Egregore is going for perfectly.  Although some of these tracks were recorded at different times and featured on different releases, there’s a consistency to the sound that allows them to flow together seamlessly and the vocal performance always leaves a strong impression.

It’s almost hard to believe that metal this dense and destructive was written by a single person, but that’s exactly what Egregore has achieved.  While some of the material is reminiscent of war metal style bands with that unrelenting blasting and tonality that blurs the lines between black and death metal, this group injects some old-school death metal and grind into the mix and has more variation to the songwriting than one might expect.  This is a strong first showing and one that will likely stick with quite a few people, and it’ll be interesting to see how Egregore can balance all these abrasive elements on a full-length.  Thought Form is available from Sentient Ruin Laboratories.