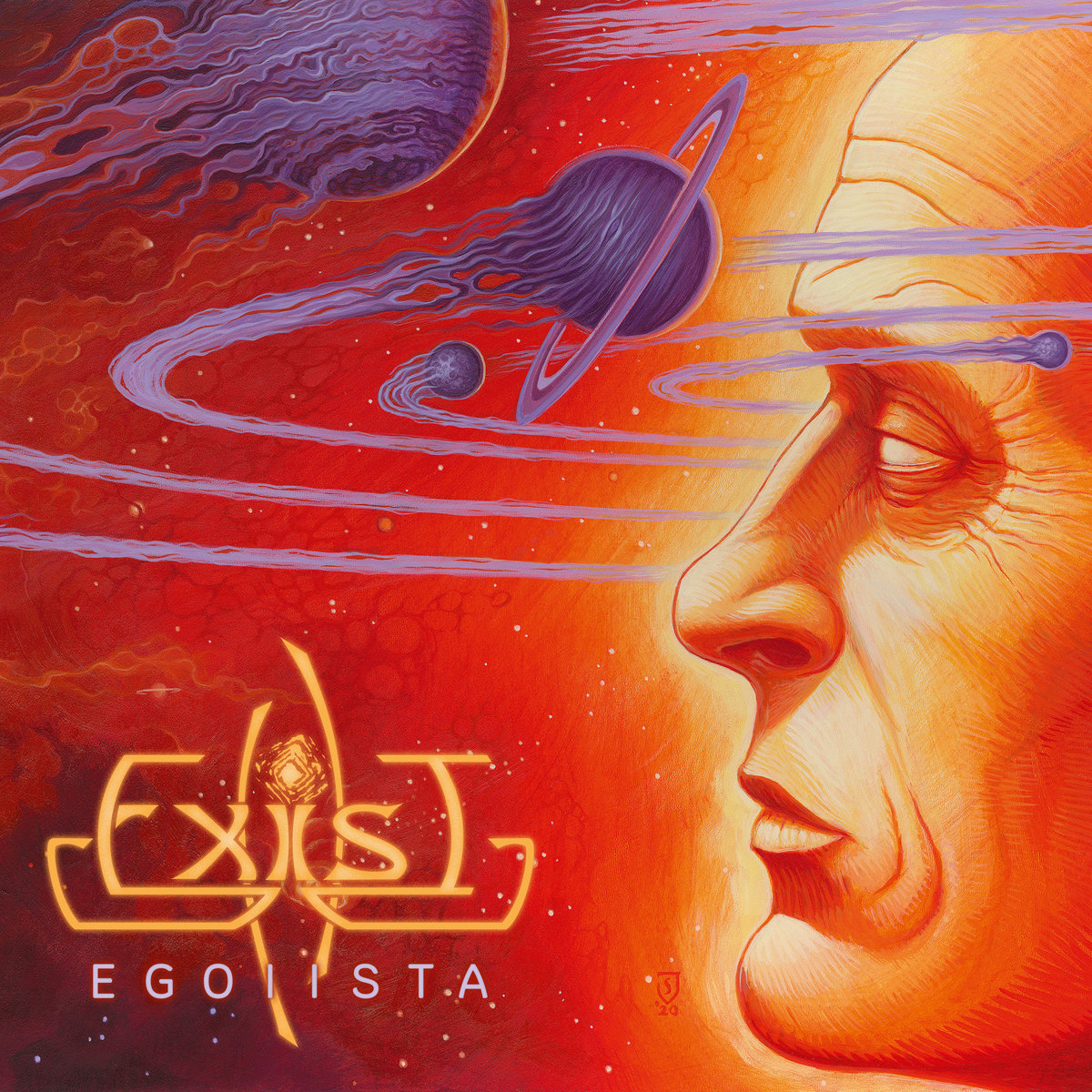 Even though Exist hails from my area (Baltimore/Washington D.C.), I must admit that they aren’t a band I had spent much time with previously.  Part of this could be due to the fact that they’re all made up of professional musicians who have been off on tour with other groups, leaving their shows few and far between.  But this year’s Egoiista, their third full length overall, gives me a chance to change that and what an introduction it proves to be.  Spread over an hour in length, Egoiista is a progressive metal and progressive death metal showpiece that provides expansive instrumentation and impressive technical playing while also remembering to write actual songs.  It’s a bit mellower than some might expect given the progressive death metal tag, but this is the type of music you can get lost in for weeks as you take in everything Exist has to offer.

One of the biggest differences between Exist and other metal bands that have the progressive label thrown around is that the compositions feel firmly rooted in other genres as often as death metal.  Where your average group would still maintain that simpler chugging or blasting base and then expand outwards into expansive instrumentation on their longer tracks, Egoiista takes the opposite approach and often starts off with melodic or jazzier elements, bringing in the metal elements from there.  There’s a lot happening on each song, to the point that you’ll likely need multiple listens to focus on different elements of the instrumentation, but Exist draws you in with airier hooks and passages that stick out in your mind after only a few times through.  Rather than just cramming in as much showmanship as possible through time signature changes or technical playing and calling it a day, there’s a real emphasis on composition here that ensures that even when these guys show off it fits within the confines of each song and there’s memorable hooks in place to keep listeners intrigued and wanting more.  Opener “Through Suffering He Paints the Universe” is a great example of everything Egoiista has to offer, as it spends half its runtime on lighter and airy guitar work that reminds me more of 70s progressive rock and jazz fusion before unleashing abrasive guitars and dense bass tones around the halfway point.  There’s definitely a lot of Cynic influence to be found here, but it’s been injected with even more 70s prog and jazz fusion influences that give Exist an identity of their own.  For some the abrupt transitions from the light instrumentation into roaring metal might prove to be a bit too much, but for my tastes it’s almost a perfect balance.

Rather than being greeted by harsher vocals, listeners will find that the album starts off with an emphasis on singing and showcases how much power mellower pitches can have.  The band tends to focus on harmonies where the lighter singing reaches almost angelic tones, letting their voices soar over top of the instrumentation in ways that get stuck in your head almost instantaneously.  But if you’re looking for that more abrasive side as well fear not, as when Exist decides to head into this territory they hit the spot with higher screams and lower growls that tower over the recording.  Given Egoiista’s focus on the fragility of life the amount of emotion in both the singing and screaming leaves a lasting impression, and it’s evident that as much time was spent refining this element of the band’s music as their instrumentals.

Jazz and progressive influenced metal can sometimes feel impenetrable to outside listeners, offering so much complexity and showmanship that it can be hard to latch onto.  But Exist has structured their material in a way that makes it far more accessible from the get-go, wowing you with particular solos or riffs while providing an engaging narrative from beginning to end.  So few albums over an hour in length these days have managed to hold my attention for their entirety but that’s exactly what’s happened here, and this will remain in my rotation for some months to come as it’s one of the year’s best.  Egoiista is available from Prosthetic Records.