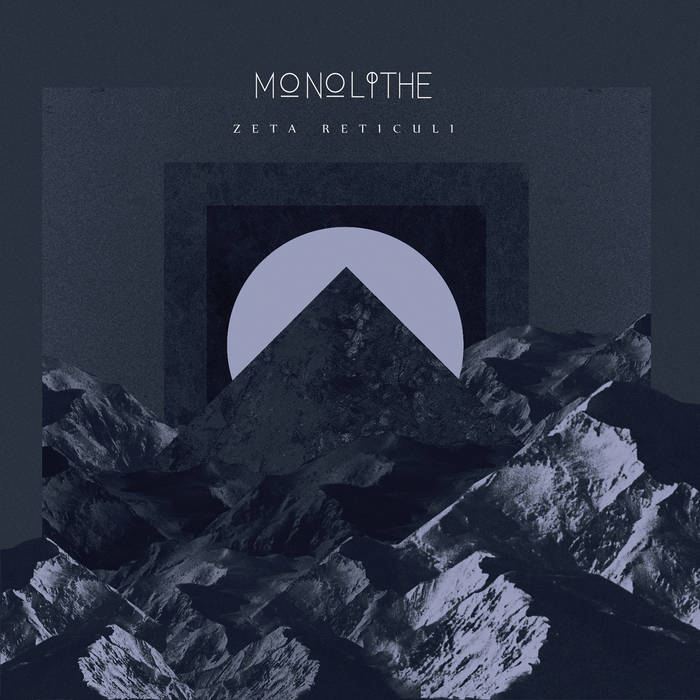 French-based doom band Monolithe have previously released four records forming a science-fiction musical saga.  Each album has seen a rise in the band's reach, culminating in their current part of Debemur Morti's roster.  And the band seems to be just getting started.  With the addition of new members, Monolithe has spent most of the last year recording 2 new albums: Epsilon Aurigae and Zeta Reticuli. With some tweaks in style, we are now seeing a release of the latter to the masses in addition to their first live performances.

As you may know, I get pretty picky when it comes to doom.  My favorite extreme doom band so far has been DOOMED, and Zeta Reticuli is dripping with similar stylistic flourishes.  Despite spending (exactly) 15 minutes on each track and really dragging out those sustained chords, Monolithe ground their music in engaging death metal hooks.  In addition to the usual droning squeal of funeral leads and lush synthezier-driven atmosphere, there are plenty of earworm riffs to keep things moving along in an interesting manner.

I get bored to death (ha) on songs that just play with the same melody ad nauseum.  Not so here.  Zeta Reticuli knows when to slow down, when to coast, and when to change things up.  The build at the end of "Ecumenopolis," when the guitars take on more of a chugging march with the drums, is a great example of the band's understanding of dynamics and progression.  Even within these smaller movements there are subtle changes to which instruments come forward and which take a break to drastically shift the overall tone.  Even adding just a touch of droning feedback goes a long way.

Lots of adjectives come to mind listening to this album: "expansive," "vast," "expressive."  It's an open world filled with lumbering monsters and following horrors.  "TMA-1" even develops into an extended, seemingly improvised solo unhindered by the deep growls of Richard Loudin before devolving back into an ambient pool of ectoplasm.  And "The Barren Depths" adds the sudden surprise of powerful clean vocals to its driving rhythm.  If you like doom metal, you will like Monolithe.  If you don't care much for doom, but dig you some death metal, you'll still probably enjoy Monolithe.  And if you just don't care for any of it, you're welcome to check out the latest Bieber album instead.