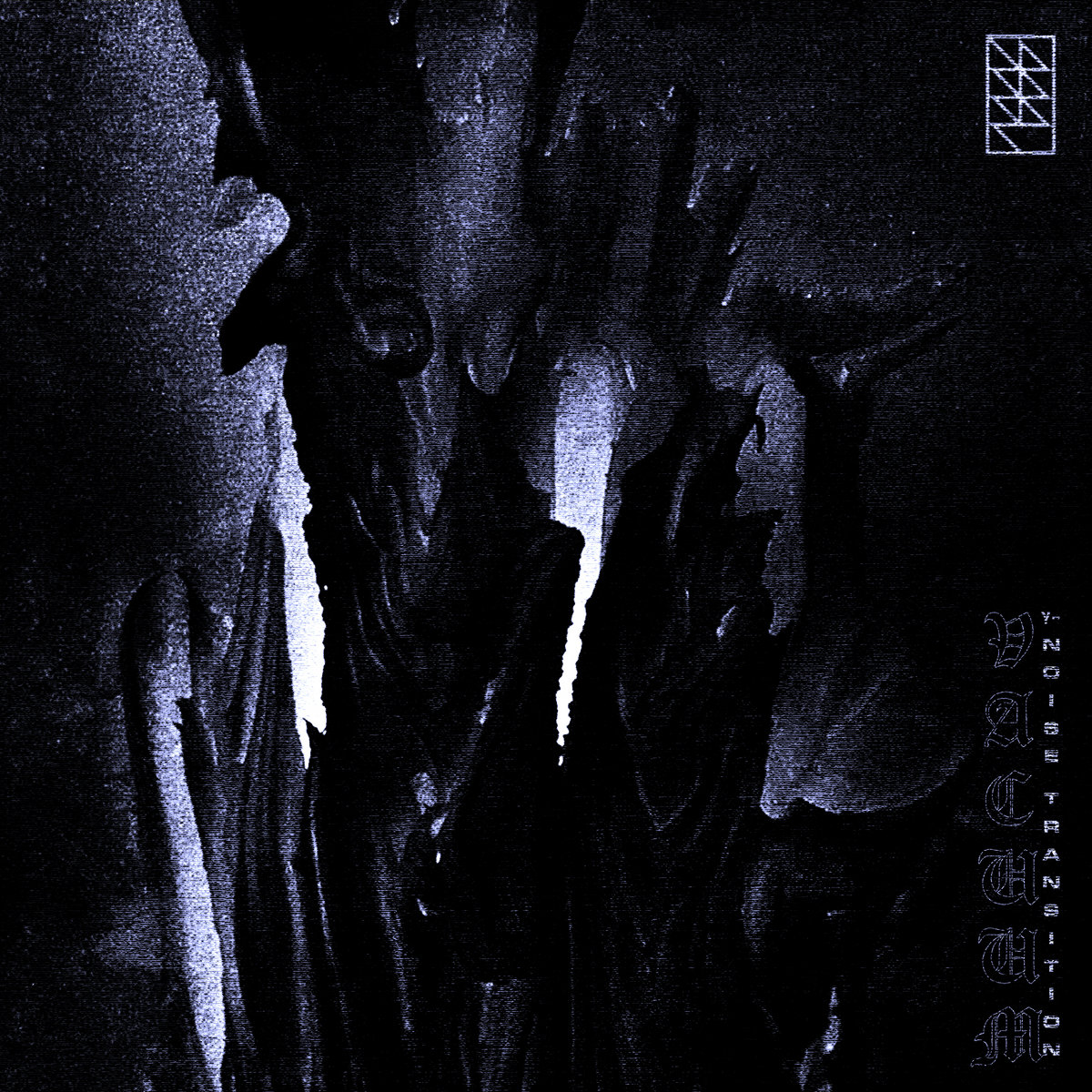 DSKNT serves as a multi-purpose vehicle for Swiss musician Asknt, who has done engineering and design work under the name before also using it for a dissonant black/death metal project in 2013.  In collaboration with Antiversum vocalist Quasar the first taste of this came courtesy of 2017’s PhSPHR Entropy which was a swirling mass of barely controlled chaos that recalled bands like Deathspell Omega and Aosoth in equal capacity.  Almost four years later the project has resurfaced with another uniquely named effort, Vacuum y-Noise Transition which takes the dissonance and pushes it even further towards the lower end of the spectrum with compositions that have more of a death metal tone and flow.  While this space is crowded with bands like Portal and Abyssal, DSKNT has substance underneath the wall of sound that will keep listeners coming back.

This type of dissonant and layered black/death metal isn’t for everyone, and if any of the name drops in the opening paragraph didn’t pique your interest than the approach DSKNT utilizes isn’t likely to change your mind.  But for those that have found themselves sucked into the dense and overwhelming sound of bands like this where the controlled chaos always seems in danger of imploding but never does, this is an album well worth spending some quality time with.  The foundation of what DSKNT is doing hasn’t fundamentally changed and there is still a good deal of twisted black metal melodies layered over top of the pummeling base, but the overall tonality is a bit lower and the almost ritualistic tempos of the drums bring a bit more death metal to mind this around.  Sonically it’s more Teitanblood and Portal than the Aosoth or Abigor leanings of the debut, though DSKNT pulls in a bit more electronic noise that gives them an alien or industrial sheen at times.  This is carried over into the machinelike precision of the blasts, which build up to a calculated peak of all out fury that knows just when to recede before it loses its impact.  Vacuum y-Noise Transition is admittedly walking a fairly similar path to some of the others out there going for this same claustrophobic sounding black/death metal and while it doesn’t quite have that same wow factor that defines the best of the genre, there’s still plenty of substance that makes the album worthwhile.  Plus, the colder, machinelike tone blends well with the earthier low end of the death metal influences which does create some sounds distinctive to this project.

Quasar’s performance on Antiversum’s Cosmos Comedenti made it come through with an immense amount of power, and he’s been able to do the same here.  Where Quasar tended to use extremely low, rumbling growls on that release, here he tends to start off towards the higher end of the spectrum and then work his way down as the songs progress.  It’s still pulling from the same overall range but manages to feel significantly different, with equal amounts of black and death metal coming into play depending on what part of Vacuum y-Noise Transition you’re listening to.  Despite the wall of sound coming from the instrumentals the vocals are well-balanced and break through to create a commanding presence.  Quasar’s ability to move between these high and low ranges with such distortion and power makes a significant difference when compared to similar acts that stick with the same growl for an entire release.

DSKNT’s sophomore effort pushes the tone even lower than before and channels a bit more of the universe shaking death metal alongside its black metal dissonance.  While it doesn’t quite reach that level of songwriting that the absolute best have achieved, this project is starting to get close and with a few additional tweaks they could easily get there.  But this is still an album that listeners who like their metal dissonant and destructive will want to pick up, as there’s plenty lurking underneath the surface.  Vacuum y-Noise Transition is available from Sentient Ruin Laboratories.