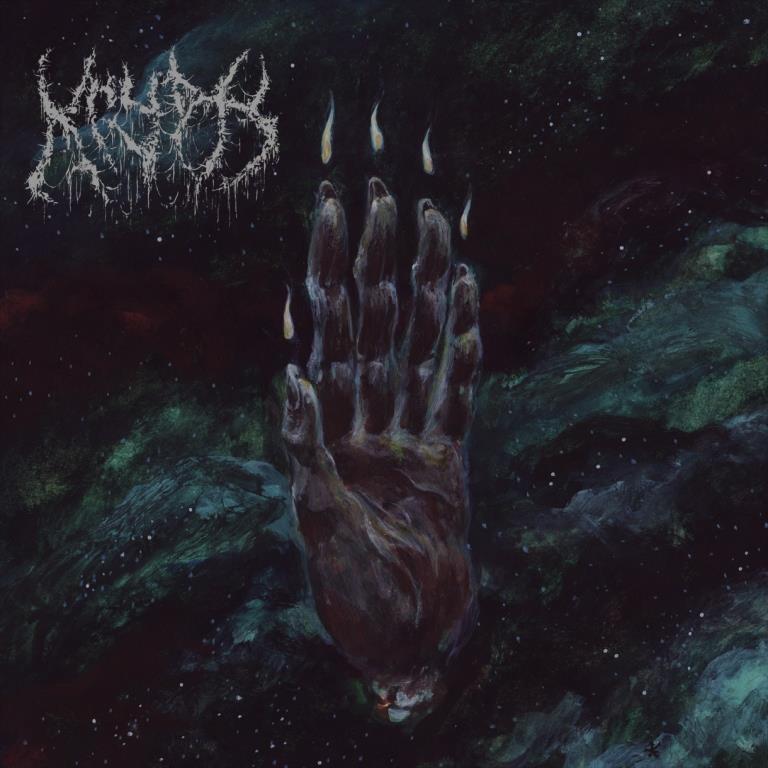 Remnants of Expansion
by Krypts

More Finnish metal here in the form of Krypts.  This union of blackened death and doom is three years in the making, resulting in 5 intense tracks titled Remnants of Expansion.  It is a dominating experience that seems to be more about what it does to you than the music itself.

The opening doomy melody to "Arrow of Entropy" is one we've all probably heard before at one time or another.  I am hearing a very specific hook from another album in my head that is quite similar, but I can't put my finger on it.  In any case, even though it may not be the most original riff to build a song from, the resulting nearly 11 minutes are exponentially crushing.  This and "The Withering Titan" became fast favorites, but the former remains on top for its trance-inducing rhythm and singular, head-bobbing groove.  I don't generally favorite the longest track on an album, but when I do it's because it turns me into a drooling mental patient.

"Remnants of Expansion" also stood out to me as it is the only instrumental track on the album.  Interludes don't always do much for me, but this one is strong.  Concise and highly atmospheric, it forms the perfect dramatic bridge from the first half of the album to the second.  And even without the bowel-clenching death growls, this track is no less dark or heavy than any of its counterparts.  From there things continue on much in the way I tend to think of extreme doom albums: plodding away in dark corridors and conjuring images of priests in dark robes.

All in all, Remnants of Expansion is an enjoyable experience.  Though not highly original or explosive, I was captivated enough by its overwhelming sense of dread to fall under its spell.  Krypts take a few chords and notes and spin them into hopelessness and misery.  In this way they remind me of a much more doom-oriented version of Akhlys, but I'm sure a more avid fan of doom could come up with a better comparison.  Listen to the stream below.