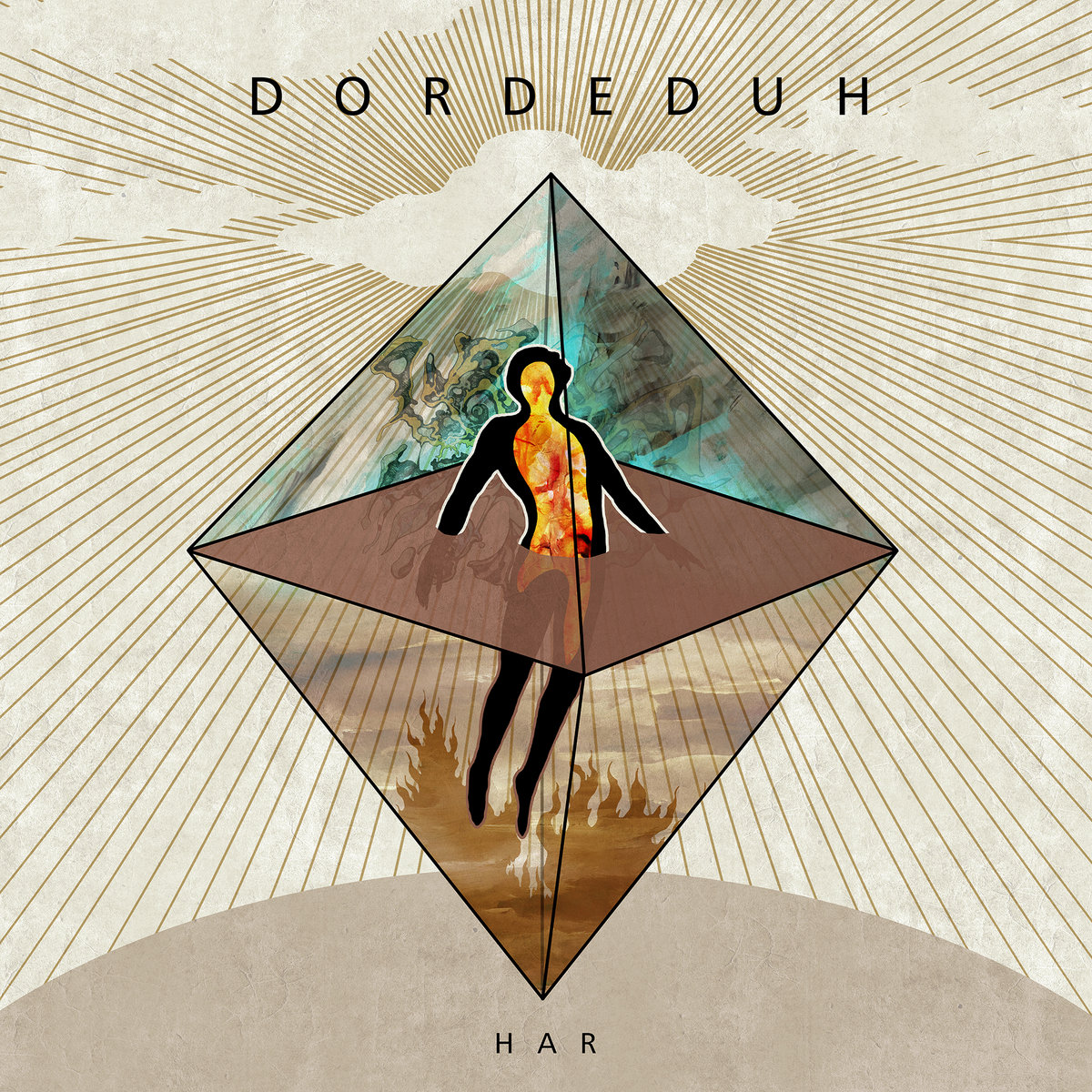 Every few years I’ve found myself looking for status updates on new music from Romania’s Dordeduh.  Formed by ex-members of Negură Bunget, the group’s 2012 debut Dar de duh explored atmospheric/progressive folk and black metal like their former work while still heading in its own direction.  It was a lofty effort at an hour and seventeen minutes in length, but one that justified that span of time and has stuck with me over the years that followed.  Teasers started to creep out last year, with Har finally seeing the light of day in May of 2021.  Once again offering over an hour of music, Dordeduh has built upon their previous foundations and pushed outwards towards cinematic melodies and an overall brighter sound.  It’s an album that brings accessible hooks yet doesn’t reveal all its secrets until a few times through, providing listeners a soundscape that they can truly get lost in.

Har starts off with the familiar chanting and traditional Romanian instrumentation that defined albums like Dar de duh and Negură Bunget’s Om, but it doesn’t take too long before Dordeduh starts to significantly branch off from this path.  There’s still a fair share of heavier, distorted moments that bring in black metal’s influences, but Har spends just as much time on brighter, shimmering textures that are sure to create a wide arrange of vivid imagery for listeners.  The first two tracks do a fantastic job of balancing the colder and darker arrangements with folk melodies and softer transitions, but by the time you reach “Descant” Dordeduh’s progressive tendencies are on full display.  Here the songwriting feels much more inspired by progressive rock and traditional folk music from the band’s native Romania, and they’re merged with soaring and cinematic peaks while retaining a rock feel to the rhythms.  The final three tracks are where the material spreads towards some of its softest, airiest climaxes, with the extended instrumental passages coming through like the soundtrack of a fantasy epic.  Despite the immediacy of many of the hooks, there’s still a lot to unpack throughout Har and I found it best to focus on the two halves separately on individual playthroughs in order to really get a feel for the finer details.  These pop sensibilities are enhanced by immaculate production values that let each instrument shine through no matter whether the band was heading into darker, abrasive territory or mellower, subdued ideas.

Although Dordeduh has changed drummers since Dar de duh, the remaining lineup is still the same which means that the vocal work from Hupogrammos and Flavius Misarăș is just as mesmerizing.  Despite the significant injection of progressive rock and lighter instrumentation, the vocal performances remain evenly split between harsher screams/growls and singing.  The first taste listeners get after the introductory chanting seamlessly moves between somber singing and powerful growls that tower above the already dense soundscapes.  As with the other elements of these compositions, the vocals provide plenty of twists and turns and transition just as fluidly between light and dark textures.  Rather than the same scream or growl with each appearance, the approach seems to evolve over the course of Har alongside the cleaner tones.

Black metal and folk are still present on Dordeduh’s sophomore effort, but they’ve taken a bit of a backseat compared to the sprawling prog and cinematic elements which may disappoint some who were looking for more of the spookiness and earthier vibes of Om or Dar de duh.  But with a sound that feels like its reaching towards the heavens, this band has crafted a memorable experience that has plenty of immediate hooks along with subtle nuances that you’ll be discovering for some time to come.  For me, it’s a clear album of the year contender and anyone who enjoys metal that can balance straightforward sensibilities with an adventurous spirit may just feel the same way.  Har is available from Prophecy Productions.