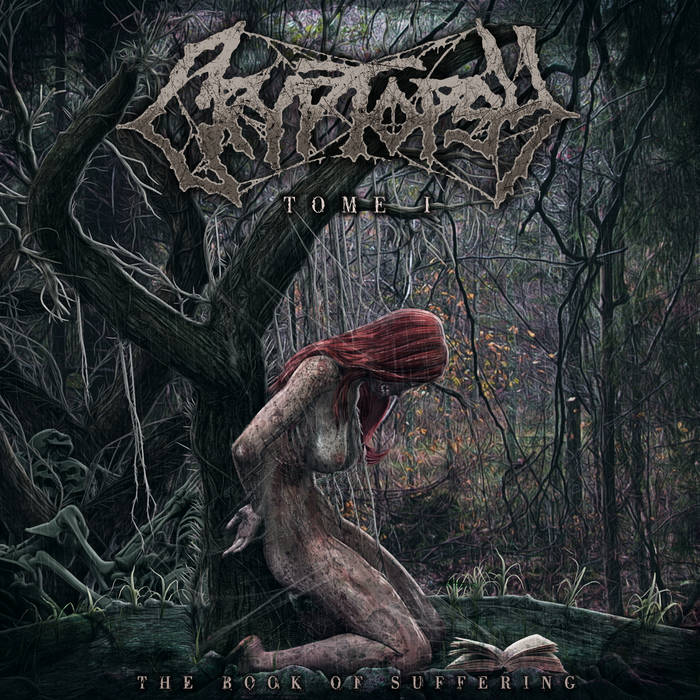 Don't Ever Slow Down

The Book of Suffering- Tome 1
by Cryptopsy

Cryptopsy is a technical death metal band from Montreal, Quebec, Canada. Apparently these guys have been around for over 20 years, and I've just been twiddling my thumbs in blisshul ignorance. So for those of you who are aware of the sheer metric velocity at which these guys shred, imagine my surprise at pressing play with this new EP. Rather than a full album, the band is releasing a series entitled The Book of Suffering to keep the flow of music more consistent. Quality over quantity if you will, and Bood of Suffering is just chapter one.

"Detritus" hit me like a brick to the side of the head. I had a skull fracture once that left me in the hospital overnight, but I think Cryptopsy are a bigger threat to my personal well-being. Drums, vocals, and guitar riffs fly by at an alarming pace that completely decimates the recording space. It would be easy for something so loud and dense to turn into a muddled mess, but every note, every snare hit, every snarl is captured in HD quality for your listening pleasure.

From the opening scream (following the perfect soundclip setup) to the punishing groove of "The Knife, The Head, and What Remains;" this is metal to satisfy both the workaday headbanger and the proficient, technical musician snob. The drumming is absolutely maniacal and had me phantom-kicking the insane amount of blast and double bass; which is made even more fun by the frequent time and pace changes. The guitars are no less impressive with constantly shifting tremolos, chord variations, and other technical stuff that is probably well above me head.

Want a shorter description? Okay: it's fast. If nothing else, The Book of Suffering will have you beating your town's 100 meter dash record repeatedly by the time you have played through these 17 minutes just once. The drums are your feet hitting the ground, the guitar the blood pumping through your veins, and the death growls the grisly death that awaits those who slow down. Don't. Ever. Slow. Down. Can't wait for chapter 2. Looks like I have another back catalogue to check out.