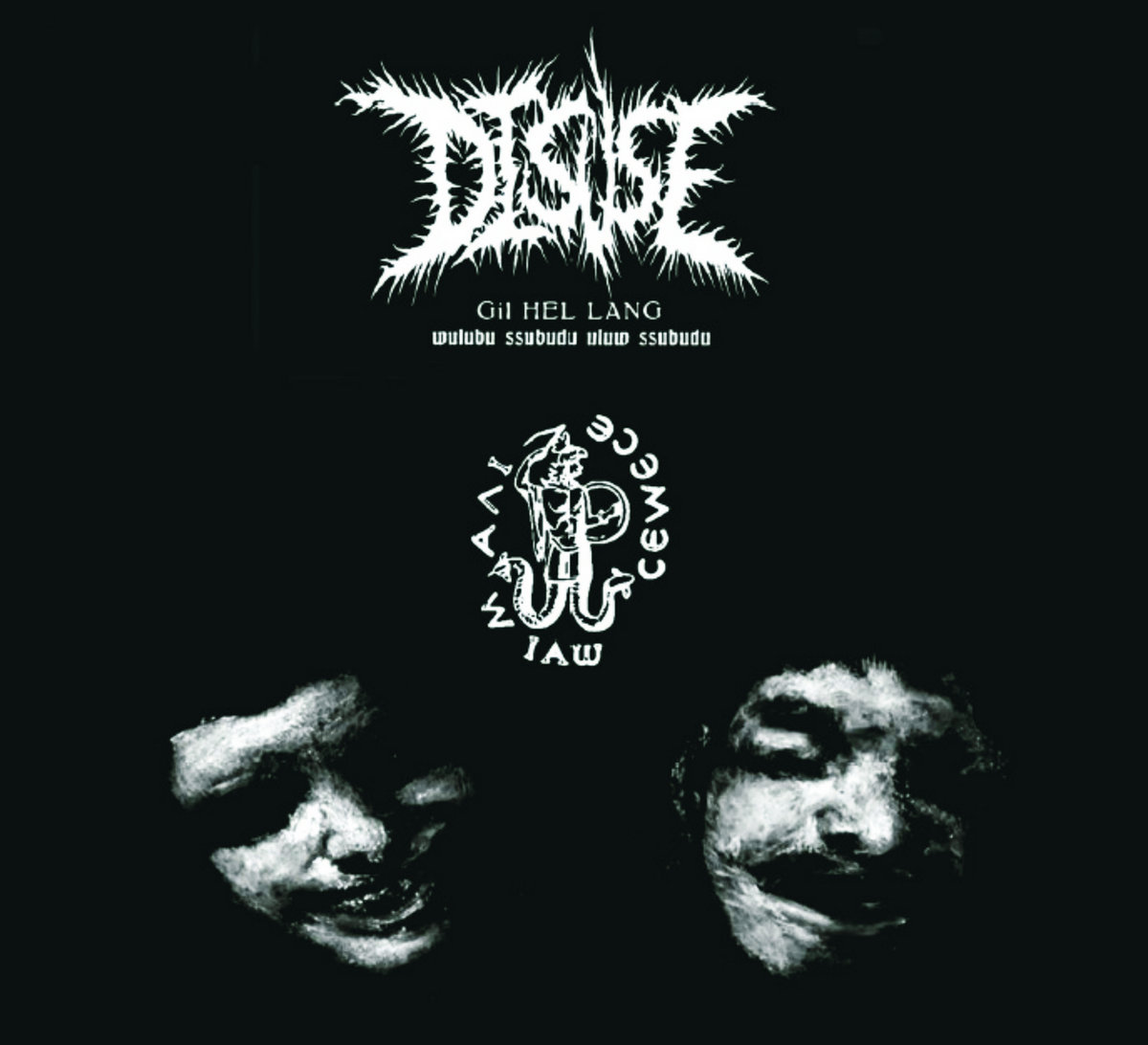 There’s something innately appealing about grindcore delivered with that old-school spirit, with short, punchy riffs and little to no filler.  Dutch band Disuse clearly understands this, as they’ve been cranking out plenty of fast paced released since 2017.  After a handful of EP’s that crammed nine to eighteen songs in three to five minutes, the band has put together a sixteen track full-length Gil Hel Lang that offers some slightly longer moments in between the quick bursts.  It’s over in a flash, but this is a blitzkrieg of a release that any grind fan will want to check out.

Although there are some exceptions, it’s usually a good sign when the longest song on a grind album doesn’t even crack two minutes and the shortest is just shy of ten seconds.  As far back as Napalm Death’s Scum, bands in the genre have been proving just how much insanity and brutality that can be packed into a short span of time and Disuse makes good use of these bursts.  Where there recent EP’s almost exclusively stuck with songs that were a few seconds long and the occasional minute-long track, this time you get seven of them.  What I like about Gil Hel Lang is how the group spaces everything out, as you’ll often get a few longer tracks where the blasting and mid-tempo riffs are given a bit more time to pummel you into the dirt and then a few ten to fifteen second ones that all flow together seamlessly.  Disuse may not be straying far from that old-school grind and punk sound where the guitar and bass are razor sharp, but they do have some moments that stick out in your memory and the production values help to make the material hit a lot harder than some of the others in the genre.  Plus you get a quirky little ending when “Zwerk Dybbuk” comes to an end that never gets old no matter how often I hear it.

Rogier Kuzee from Last Days of Humanity handles all the vocals on Gil Hel Lang and shifts constantly from guttural growls to high pitched shrieks without losing any intensity, allowing some occasional gurgles to give a slight goregrind edge to the performance.  The immediate shift from low to high ranges brings Agathocles and Brutal Truth to mind at times, and it’s impressive that Disuse is able to channel this same amount of distortion and sheer chaos.  Some of the shortest tracks are great examples of how fluid the transitions are, as the ten-second “Nan Madol” has more variety in its distorted screams and growls than some bands have in material that’s three times that length.  Kuzee is given plenty of space in the mix, allowing the vocals to hit just as hard as the rest of the band rather than getting drowned out.

Disuse’s approach to grind is definitely familiar but they do it damn well, and the combination of slightly longer tracks with back-to-back bursts of ten to twenty second tracks flows really well in its effort to level everything in its path.  Where some newer grind pads things out with too many samples and filler or manages to even feel repetitive in a short span of time, this group avoids that and gives you a wild and brutal ride from beginning to end.  This one snuck out near the end of 2020 and may have went under the radar for many but it’s definitely worth giving a listen, and given how much material Disuse has already released in three years I suspect we may hear more before 2021’s over.  Gil Hel Lang is available from Bizarre Leprous Production.