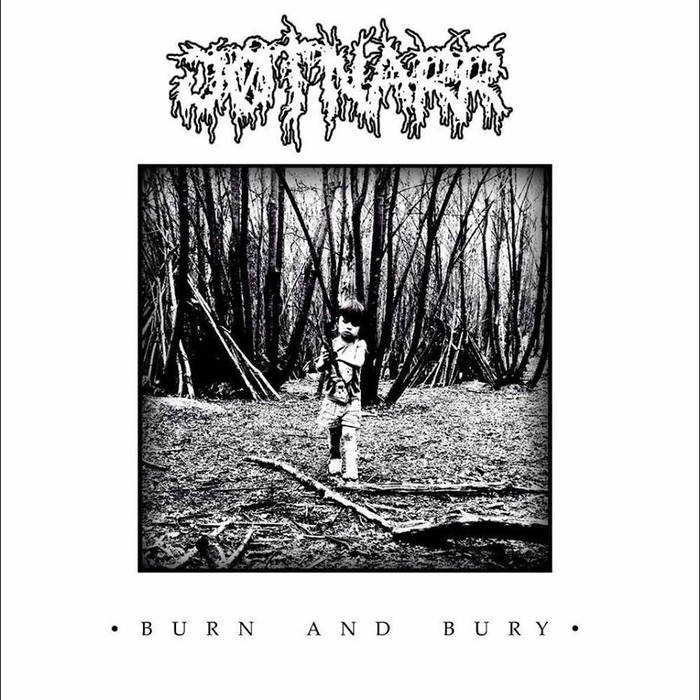 Burn and Bury
by Jotnarr

Jotnarr is a trio of musicians from the UK. They consider themselves a fusion of black metal atmosphere and hardcore punk. Inspirations include Ulver, His Hero Is Gone and Wolves In The Throne Room. This collection of four songs, Burn and Bury, may be brief, but this is made up for with sheer emotion and honesty.

Personally, what I am hearing is a combination of both black and metalcore riffs. But the latter influences aren't anything like As I Lay Dying or Killswitch Engage. They have much more to do with lesser-known groups like Trauma and Nodes of Ranvier. In any case, the vocals are far more extreme. These screams are raw, gritty, and abrasive. The disconcerting, buried solo in the final track is equally fiery.

Jotnarr has a softer side as well. "Sunless" is filled with depressive post-rock leanings. Think Vattnet Viskar or Bosse de Nage. A jangly framework of indie and tremolo keep compositions grounded in both likable melodies and grim deterrence. "Hernswolf" is a concise blast of focused emotional energy. Finally, "Waldeinsamkeit"'s intro almost sounds like The Cure circa Disintegration. This caught me off guard at first, but ultimately it's fitting that such depressive worlds should collide.

In the end, Burn and Bury appropriately leaves you unfulfilled in that you just wish there was more. Like the end of a bittersweet relationship, you yearn to buy more time for the good stuff. Pick up as yet another Name Your Price album today.