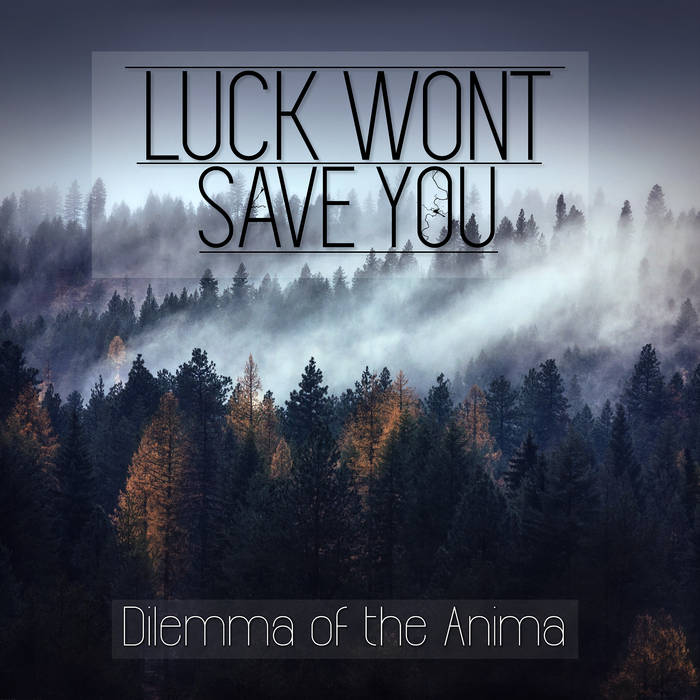 Dilemma of the Anima

Dilemma of the Anima
by Luck Wont Save You

The Pitch: Luck Wont Save You is a deathcore/death metal group out of Boise, Idaho, featuring the drummer of Rivers Of Nihil. The band just last month released their latest concept EP, Dilemma of the Anima. FFO: Aborted, Within The Ruins, The Black Dahlia Murder

What I Like: It was around the sudden melodic shift on "Allegory of the Forest" that I really started paying attention, and by the time the solo took over there was no turning back. This is a band with some serious guitar chops. "Kings and Cretins" in particular sports some awesomely catchy Within The Ruins-esque riffage alongside shredding that simply can't be ignored, and the opening to "Anomaly_Contagion_Memory" sounds like an early Between The Buried and Me B-side. Luck Won't Save You's overall sound and approach is quite similar to other modern death metal favorites like Aborted with a progressive twist. Even Russell Eck's vocal performance is quite similar to Sven's, and his work on piano adds a welcome additional flair to the proceedings. The additional guest spots also aid the final product, especially Chelsea Walburg's additional clean vocals rounding out the dynamics of "Virtue - Exit Stage Right."

Critiques: That intro track...take note bands, please don't do these. I understand that it ties into the concept of the album, but it just comes off as cringy and is not the best way to kick off an otherwise solid album.

The Verdict: Dilemma of the Anima is an album that only gets better with each subsequent listen. I keep finding new little details in transitions and layers that previously weren't apparent. Luck Wont Save You is a very talented band that was wise to reform. In my opinion, the only possible trajectory is up.