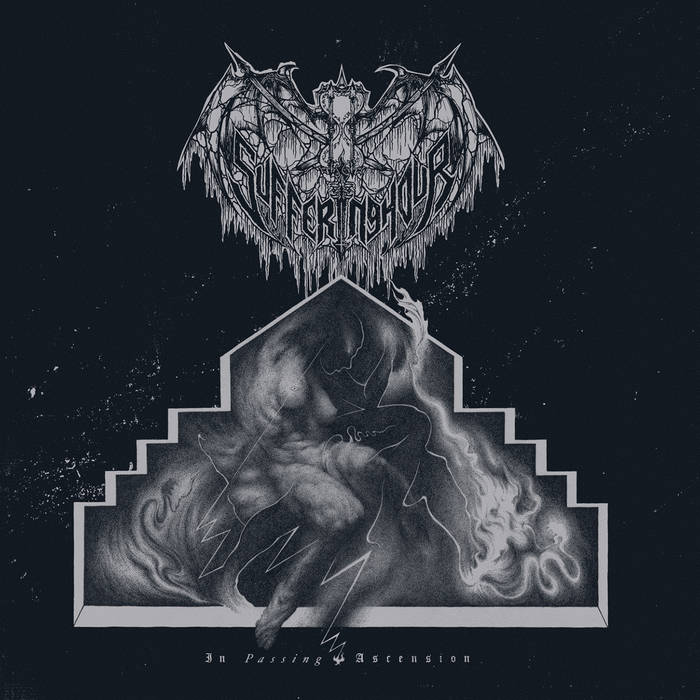 In Passing Ascension
by Suffering Hour

The Pitch: Blood Harvest Records presents the debut album of Colorado technical, progressive black/death metal outfit Suffering Hour.  The band reports a broad range of influences on this album from Inquisition and Mgla to The Chasm and Dead Congregation.

What I Like: True to the eclectic list of groups above, Suffering Hour unite more modernized, complex tech death like Ulcerate with darker and uglier blackened acts like Adversarial and Abyssal.  The result is a highly emersive experience; one that engages intellectually with its impressive progressive structures, but also marinates the primitive lower brain in a repugant stew of baser instincts.  Honestly, one could argue that this is actually more of a black metal album than a death metal album.  All it it takes is the first proper song to bring in string-abusing, dissonant riffs highly reminiscent of Imperial Triumphant.  Just a song later you get outbursts of prophetic wails that have become a benchmark of avant-garde BM.  "The Abrasive Black Dust" has an intro that really does sound straight out of Inquisition with its very deliberate, hypnotic bending hooks and subversive melodies.  Mesmerizing stuff.

What I Don't Like: Just keep doing what you do guys.  Push the envelope where you can and find a signature, but mostly just keep up the good work.

The Verdict: You need to tell everyone you know about these guys.  They have what it takes to be the next big hitter in this genre, and the potential to draw in people from a lot of different scenes.  Stream it below and buy it today.

Flight's Fav's: For the Putridity of Man, Procession to Obscure Infinity, Through Vessels of Arcane Power