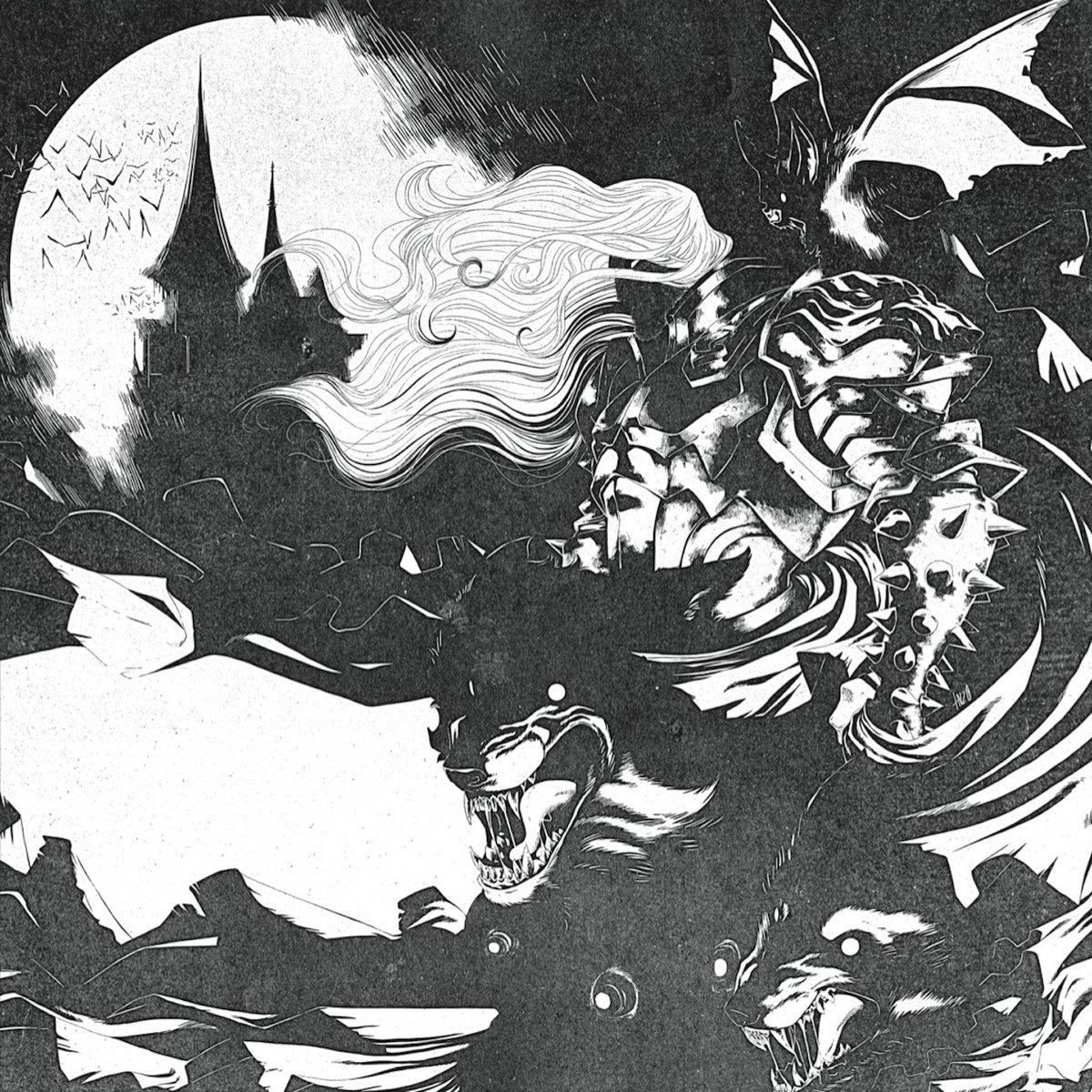 Devil Crisis
by The True Werwolf

Werwolf may be one of the busiest metal musicians in Finland, as in addition to his sizable discography with Satanic Warmaster he’s been involved with bands like White Death and Gestapo 666 in recent years (to name a few) along with other solo projects.  One of the more active solo projects over the past decade and a half has been The True Werwolf, which has had material trickle out through EP’s and demos that showcased that familiar raw, second-wave black metal sound while tackling slightly different lyrical content and atmosphere than Satanic Warmaster.  Now, after a six-year incubation period the first full length from this project has been unearthed, the seven song Devil Crisis.  It may not deviate significantly from what listeners have come to expect from Werwolf’s take on the genre, but the riffs and mystical atmosphere demonstrate once again why he’s so highly revered when it comes to Finnish black metal.

Devil Crisis boasts production values that are closer to the approach that was taken on Satanic Warmaster’s Fimbulwinter, giving the recording a bit more clarity and separation between the instruments compared to the rest of The True Werwolf’s discography.  But make no mistake that the riffs still come through with jagged and abrasive edges, as the instrumentation still retains an appropriate amount of rawness that gives each song the bite you’d expect from this type of black metal.  Compared to some of his other projects, Werwolf takes a more direct approach throughout this album with the first half emphasizing longer tracks with repetitive and stretched riffs that create dense layers which fully envelop you into a mysterious and ancient sounding atmosphere.  Yet even when “Thy Deviant” pushes past the ten-minute mark the writing never feels like it stretches out its ideas too far, keeping you in a hypnotic state with its relentless blasting that recall the best of the second wave.  What might not be immediately apparent to newcomers is the source of inspiration for some of Devil Crisis, as “Chi No Namida” covers Kenichi Matsubara’s “Bloody Tears” from Castlevania II: Simon’s Quest while “0373” covers the main title theme from Journey to Silius for the NES.  It’s interesting to hear these classic video game OST’s completely transformed into black metal tracks while retaining their main rhythmic loop, and it meshes perfectly with the rest of the material to provide plenty of leads that stick with you.  There are some keyboards added alongside the guitar work at key moments to up the atmosphere, but they’re used as a subtle nuance rather than going into full symphonic territory.  It’s also worth mentioning the closing track “Magick Fire” where Werwolf’s classic heavy and speed metal influences are on full display, which comes as a nice surprise to finish things out.

Chances are if you’ve spent any amount of time with Finnish black metal that you’ve heard a song where Werwolf was featured on vocals, so his raspy screaming and shrieks throughout Devil Crisis should sound familiar.  As the production values have provided a bit more clarity they’ve allowed the screams to stand out a bit more and break free of the instrumentals, towering over them with an immense amount of force.  It’s an approach that has worked for black metal since its inception and Werwolf has always been able to match the abrasiveness of many of the better vocalists out there, which holds true throughout this album.  There are some sound clips integrated into “Spellbound” and “Chi No Namida” that tie into the vampiric and erotic lyrical themes, and it’s appropriate that the lyrics for the latter all tie back to Simon’s Quest.  It’s small details like these that keep me coming back to this album regularly, and listeners will likely continue to discover additional nuances with each time through.

This album has been in the works for quite some time and earlier versions of some these songs have been around on smaller releases and the Internet for a few years now, but the final result has been worth the wait.  At times The True Werwolf is more direct and methodical in his approach to black metal compared to more recent Satanic Warmaster, but the writing is just as high quality and has plenty of substance underneath the haunting ambiance and jagged edges.  It’s impressive that Werwolf can maintain this level of quality no matter which band he’s releasing material with, and this is another worthy addition to his lengthy discography.  Devil Crisis is available from Werewolf Records.