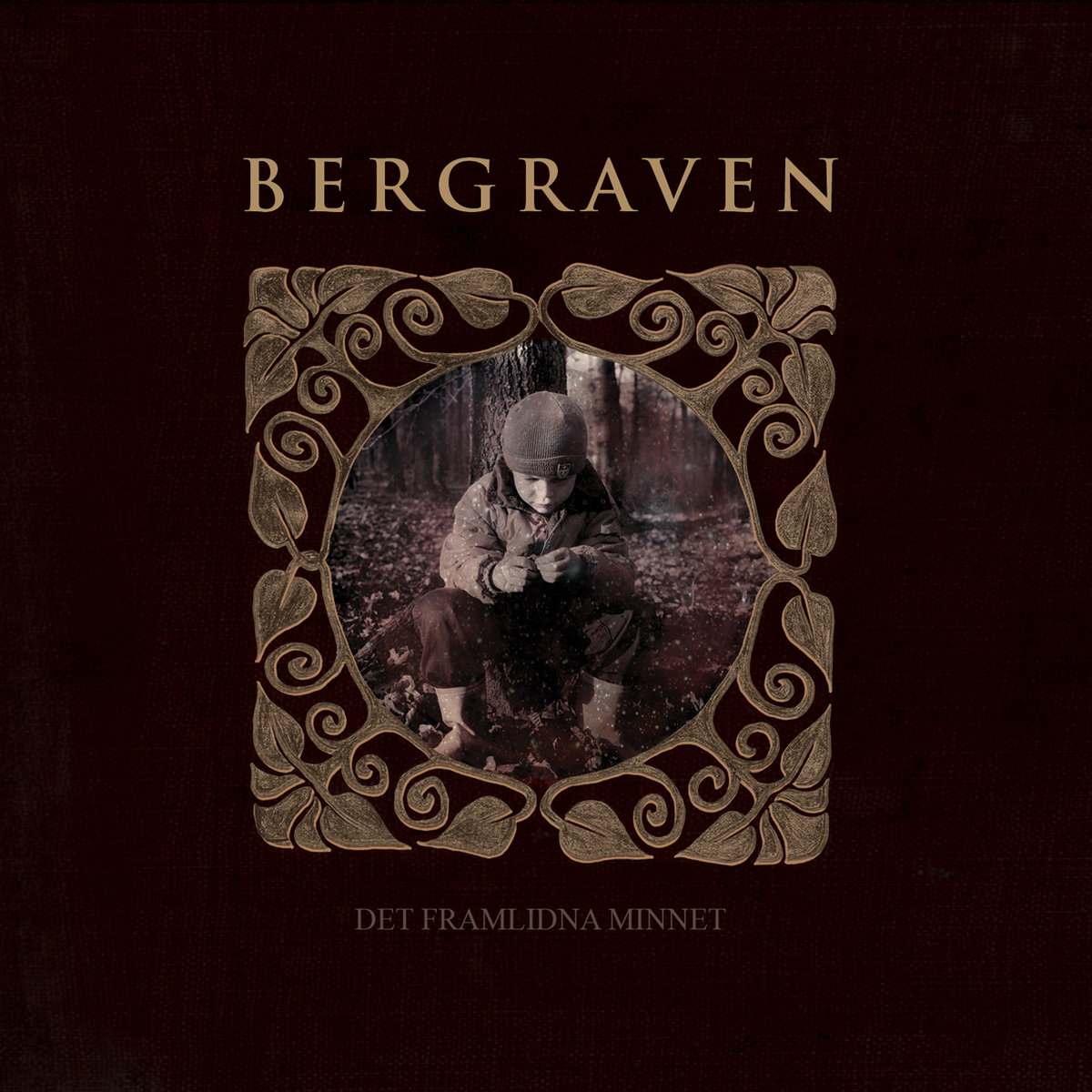 Ten years have passed since the release of the last Bergraven album, and in that time Pär Stille has put out four full lengths with Stilla which had its own take on frigid black metal.  Stilla’s showcased a fair deal of experimentation, incorporating some psychedelic and unpredictable elements across each of their albums, but it’s always remained a slightly more grounded band in comparison to Stille’s solo work.  Det framlidna minnet is a perfect representation of this, as it takes the unpredictable song structures and pushes them to an entirely new level.  With the album themed around the fluid nature of memories and how the mind can twist them around, it makes sense that the songs ebb and flow in a way that feel like you’re peering directly into a tortured psyche.  It’s likely to be a little too out there for some, and even those that are drawn in will need quite a few spins to make sense of everything, but Bergraven proves to be just as delightfully insane and hard to pin down as ever.

The intro track clues you in that you’re in for an album outside of the norm, as the first thing you hear is a sprawling melody and percussion that expands outwards in a freeform manner.  From there one of the next things to greet you is the flute alongside some airier guitar melodies, which build slowly until the distorted guitar kicks in to push you fully to the brink of madness.  One of the biggest differences between Det framlidna minnet and its predecessors is the sheer amount of instruments present, as woodwinds and horns tend to appear when you’re least expecting them.  All these elements work in tandem to create an experience that seems chaotic on the surface but turns out to be quite methodical the deeper you dive into it.  There’s still some of the familiar grit and iciness of black metal present at the core of these songs, but they don’t stay in one place for long and when the writing really lets loose it feels much closer to some of the rougher edged prog and free jazz.  For as off the wall as it can get, Stille gives the listener plenty to latch onto initially, as there are numerous passages that will grab you with their haunting atmosphere or blast of intensity while having additional nuances to discover on subsequent play-throughs.  At just under an hour it’s a lot to take in, but the cohesive flow between the songs encourages experiencing this all at once rather than in bits and pieces.

Bergraven’s instrumentals aren’t the only piece that has expanded outwards towards sudden stylistic shifts and experimental flair over the years, as the vocals have just as much variety to offer.  The harsher ranges are where much of the black metal influence remains, as when Stille starts screaming the tone cuts through the recording with a downright psychotic feel.  Det framlidna minnet could certainly be appealing with just this level of intensity, but it’s all of the other vocal work that pushes it towards other territory.  There are a number of clean ranges employed throughout alongside some guest performances, which channel everything from melancholic introspection to folk tinges that aren’t unlike Stilla.  It’s hard to predict what you’ll get with each passage, and even when the album skews towards the harsh end of the spectrum it does it in a more dynamic fashion than one might expect.

Det framlidna minnet pushes Bergraven even further outside of traditional genre conventions, refining the songwriting to an even more fluid and dynamic level.  It’s controlled chaos at its finest level, capable of drawing the listener in with softer atmospheric passages and playful arrangements before turning on them with blasts of distortion and a flurry of wind and brass instruments.  If you like your metal to be a bit more adventurous and delightfully maddening, this is sure to be another highlight of the year.   Det framlidna minnet is out now from Nordvis Produktion.