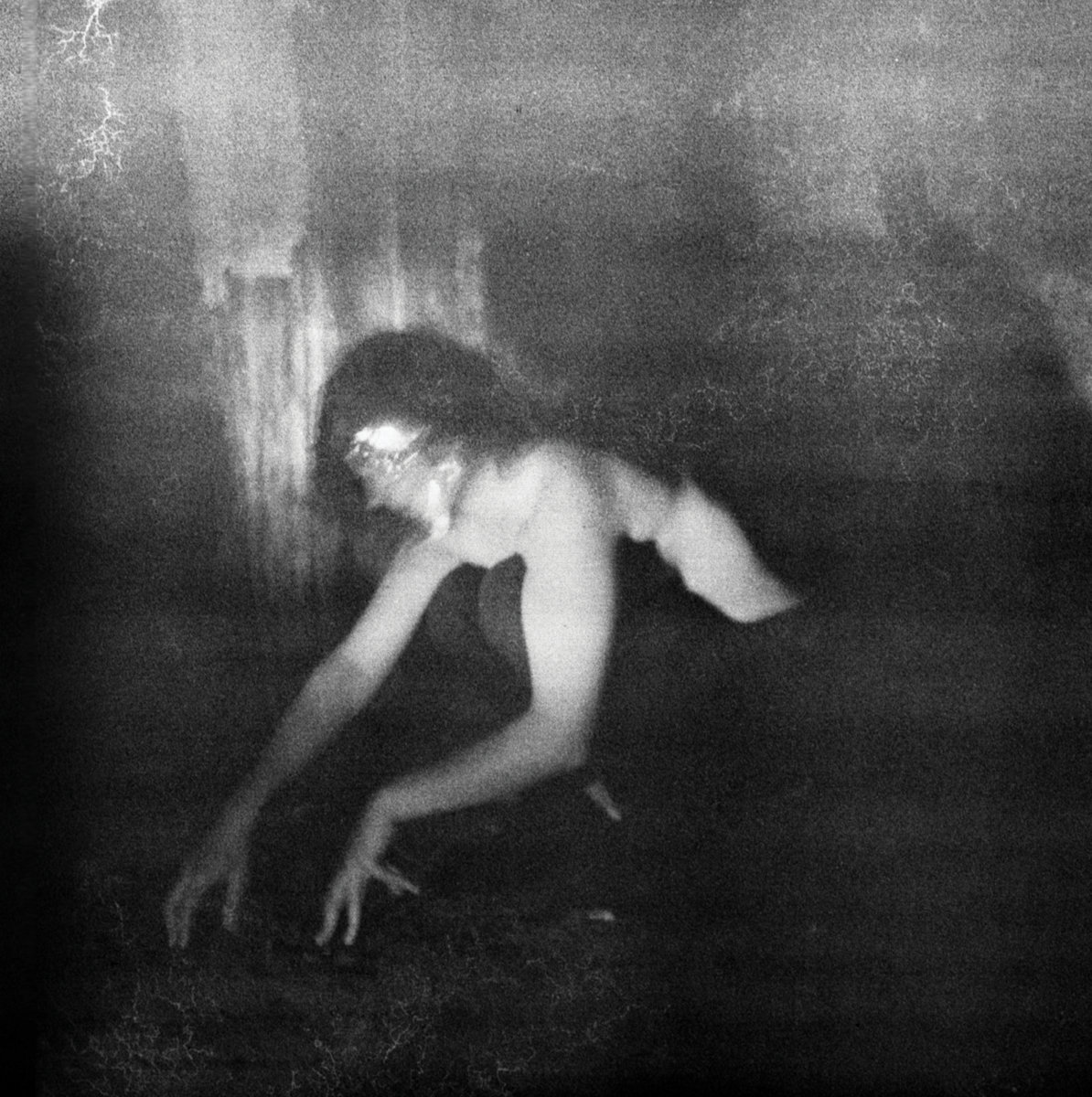 If there’s one common thread between a lot of French metal bands, it’s their ability to create bleak and desolate soundscapes.  No matter what sub-genre they fall into, French bands seem to touch upon an atmosphere that seeks to destroy everything in its path and represent what that destruction feels like.  Demande à la Poussière achieves this on their sophomore effort Quiétude hostile through a combination of sludge, doom, black metal, and even post rock.  Spread across fifty one minutes that maintain a consistent sense of tension even during the relatively calmer passages, this album is likely to take a little while to sink in but those who give it the chance will find themselves fully absorbed in its apocalyptic sounds.

Some of the more abrasive elements of this album remind me of fellow Frenchmen Celeste, though here everything has been run through a much slower and methodical tempo that channels just as much sludge and post rock.  Although there are faster blast beats on some of the songs, they never last for too long and come in unexpected bursts before Demande à la Poussière transitions back to slower tempos where the guitars spread outwards like a thick fog and jagged bass lines lumber forward like heavy artillery.  What I like about this band is how they keep a consistent sense of tension even at their softest moments, as the opening sections of songs like “Morphème”, “Perdu”, and “Expiravit” let sparse melodies hang over the recording and often feel like a calm before the storm which keeps you on edge.  Although there are some familiar sludge grooves, faster black metal blast beats, and even the same type of post rock/metal build-ups that reach truly immense climaxes, Demande à la Poussière fuses all of these elements together in a way that feels a bit less derivative.  It can be a bit exhausting at times given the length of the material, and is likely to take a few times through to break through all of the layers and hear some of the smaller nuances, but the apocalyptic atmosphere and balance between destruction and melancholy goes a long way.  I did also find that the record lost a little bit of steam in the middle, but it recovers later on and by the time you get to the unexpected saxophone on “Expiravit” you know you’ve been on a wild ride.

The vocals are one of the elements on Quiétude hostile that you’re going to have to dig for, as they tend to blend in with the layers during some of the most intense moments and don’t always break free.  Stylistically this is where more of the sludge and doom influence comes in, as Demande à la Poussière’s singer has a powerful low-pitched growl as well as some slightly higher screams that bring a slight post hardcore edge.  While my guess is some people might wish for just a bit more separation between the vocals and instrumentals, the way that they struggle to break free of the destruction and controlled chaos does seem appropriate.  Underneath those layers there’s quite a wide range of pitches being used, and some of them are likely to stick out the more you listen.

There are a few moments where Quiétude hostile loses itself in its atmosphere and employs some longer build-ups that are a bit too similar, but these flaws are ultimately minor and the way they channel these different metal styles together into a bleak and apocalyptic soundscape proves to be appealing.  While some of the individual elements are sure to bring particular sludge or post metal groups to mind, with album number two Demande à la Poussière is starting to tread their own path.  It’s admittedly a lot to take in and needs some time, but if you value darkness and tension in your music than this is worth seeking out.  Quiétude hostile is available from My Kingdom Music.