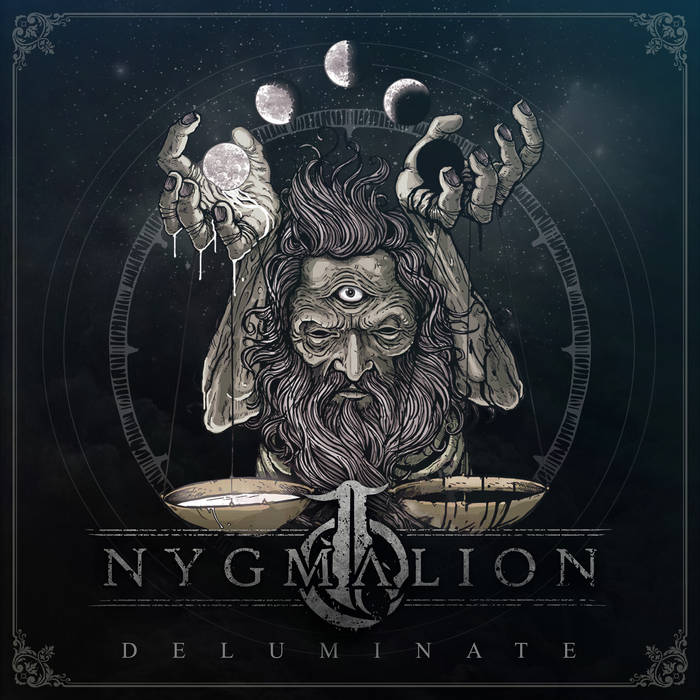 The Pitch: Classic melodeath hooks from Hungarian band Nygmalion and their debut album Deluminate. FFO: Arch Enemy, At The Gates, The Haunted

What I Like: For a long time, melodic death metal was my favorite genre during its heyday in the early 00's. The seemingly endless wave of Gothenburg and similarly inspired bands seemed incapable of doing wrong and formed the perfect bridge to the more extreme music I listen to today, Unfortunately, to once again quote Blade Runner, "The light that burns twice as bright burns half as long," and since then the genre has become a shadow of its former self. All the more reason to shout from the mountaintops when the occasional standout release like Deluminate comes knocking at my door. It's bands like Nygmalion that once again incapsulate why I built this platform to begin with, lest they be lost in the eternal shuffle of new music. From the incredibly catchy riffage and belowing Devildriver-esque snarls of their namesake track to the instrumental barrage of soaring solos and rumbling bass of "Relapse X," this entire album transports me back to simpler times listening to Wages of Sin and Reroute To Remain. The closest comparison is probably early Arch Enemy, though some of the more melodic riffs give me nostalgic metalcore feels as well.

Critiques: The vocals could use a little more diversity to match the excellent dynamics of the other instrumentation, and at 53 minutes it does feel just a bit overlong.

The Verdict: Deluminate is an impressive and ultimately rare album in a genre that feels ripe for a resurgence with new bands like Silence Lies Fear, Serenity In Murder, and yes, Nygmalion. Get it now on Bandcamp.