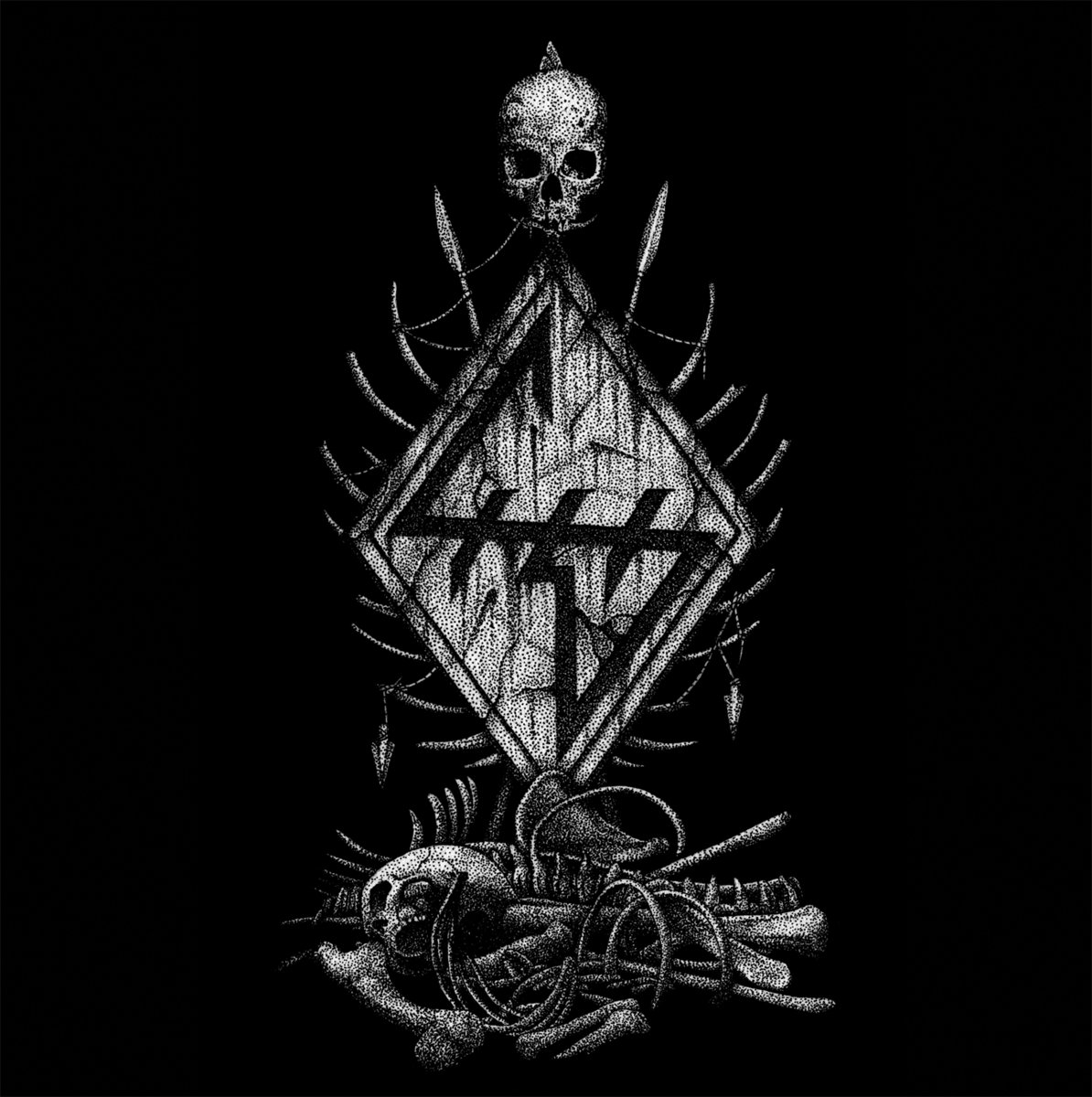 Split releases continue to be a great way for bands to deliver a quick burst of new songs to listeners in between albums, which is hopefully the case for both New Zealand’s Heresiarch and Canada’s Antediluvian.  The former had one new song courtesy of a four-way split last year but hasn’t put out a full length since 2017’s Death Ordinance, while the latter hasn’t released anything in close to four years.  It’s appropriate that the two have come together for a split, seeing as they both have offered some of the more barbaric and violent black/death metal out there and with Defleshing the Serpent Infinity they crush everything in their path while leaving listeners wanting just a little more.

Heresiarch kicks things off with two fast paced assaults and an ambient interlude that suits their warlike sound.  “Lupine Epoch” has the same type of punchier riffs and dense riffing that you’d expect from the band, steamrolling everything in its path with tonality that falls somewhere between old-school death metal and some of the earlier war metal groups.  This continues on “Excarnation”, but the tempo varies a bit more, with the beginning of the song moving along at a much slower pace that lets a tense, apocalyptic atmosphere build before unleashing into all-out blasting.  There’s a healthy dose of slide picking and barbaric riffing that feels like it’s capable of ripping you into piece, but Heresiarch also injects just a little dose of melody around three quarters of the way through that give off more of a black metal vibe and showcase that their songwriting isn’t nearly as one-dimensional as some of the others in the genre.   The vocals also skew towards the death metal side of the spectrum, as N.H. has an extremely dense and low-pitched growl that sends the intensity level skyrocketing and he’s also backed up by some higher shrieks and screams.  It’s almost overwhelming at times, and so it feels appropriate that the five-minute “No Sanctuary” closes this side of the split out with melodies that have a martial ambient vibe and reflect the destruction the rest of the material has left behind.  It reminds me a bit of the interludes Adversarial used on their last album and suits Heresiarch’s sound perfectly.

Antediluvian turned a lot of heads with their sophomore album λόγος in 2013 but have been fairly quiet since, with only a trickle of material coming out in the years since.  Unfortunately that hasn’t changed here as only the first track on their side “Slipstream of Levi” offers the same whirlwind of black/death metal fans would expect.  It is one of the better songs in the genre to come out this year, as listeners are immediately greeted with screaming guitars and vocals that are so distorted and nightmarish that they may as well be an extension of the instrumentation.  There’s so much happening within these first few minutes that you might need a few time through to catch everything, and after the swirling guitar leads and blasting drums subside much more dissonant and sinister sounding melodies worm their way in as the vocals reach some of their most ear piercing and terrifying levels yet.  It’s Antediluvian at their best, as there’s a lot to dive into as you peel back all of the layers and let the song carry you away into unknown realms.  I’m a bit less enthusiastic about the almost six minute “Prelude” that ends the split though, as it takes cues from Heresiarch’s “No Sanctuary” and has minimalistic piano and other melodies alongside the sounds of warfare.  This track is a little too minimal though and had me wanting at least one more song given the quality of “Slipstream of Levi”.

The three main songs that make up this split are strong enough to make this release worth a listen for those who have been a fan of either of these bands in the past, or who just want some of the most chaotic and madness inducing black/death metal around.  But with so much of the run-time made up of minimalistic ambient and the types of songs that would be shorter interludes on full length albums, it does leave me wanting just a bit more.  Hopefully the “prelude” Antediluvian mentions is signaling another album in the next year though, as I’m ready for another full length from both groups.  Defleshing the Serpent Infinity is available from Iron Bonehead Productions.