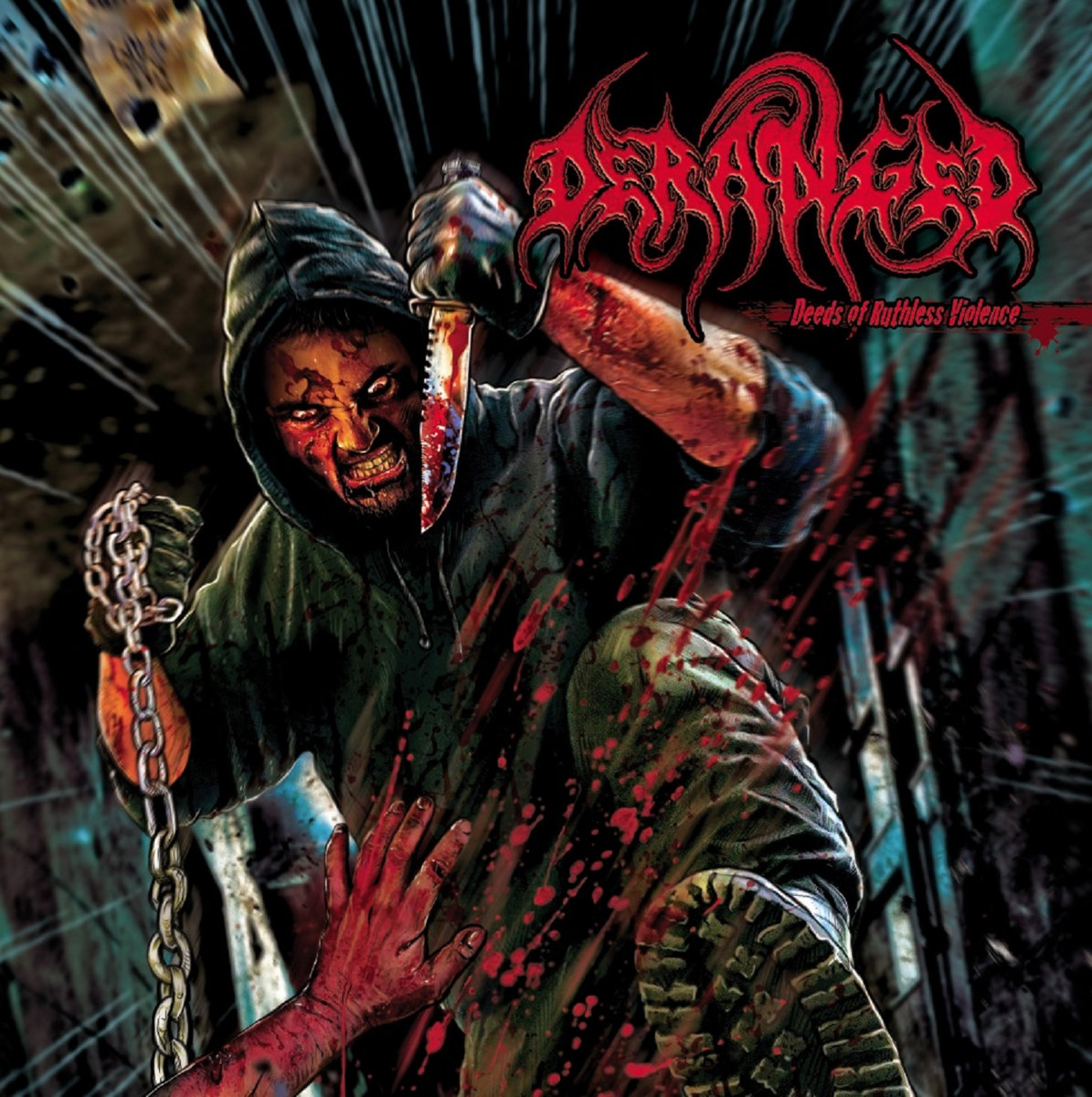 Deeds of Ruthless Violence
by Deranged

Sweden’s Deranged has been consistent with their take on death metal since 1991, and despite going through quite a few lineup changes and a short break-up over their almost three decades as a band it’s been easy to know what to expect from each of their full lengths.  For listeners that can appreciate this type of straightforward and brutal approach that’s hardly a bad thing, as the group has had a knack for not following the same pattern for an entire album and breaking up their material with some slower grooves alongside the blasting.  This holds true for their tenth studio album Deeds of Ruthless Violence, which comes nearly four years after its predecessor and debuts new singer Johan Bergström.  This far in Deranged may not deviate significantly from their typical approach, but they’ve delivered another strong collection of songs that will still appeal to the death metal devout.

What’s always stood out to me about this group’s material is how un-Swedish it sounds.  Where a lot of groups that defined what most people associate with Swedish death metal in the 90s followed the HM-2 sound, Deranged has always had a bit more of a stripped down yet brutal sound that recalled American groups like Suffocation and Cannibal Corpse more than their fellow countrymen.  Twenty-five years after their debut full length that still holds true, and Deeds of Ruthless Violence straddles the line between traditional old-school death metal and what would morph into brutal death metal.  But where these guys stand out from a lot of the modern bands of the brutal variety is in how they change up the tempo and don’t just blast in the same pattern for an entire album.  Songs like “Quarantine Required for Living Entities” and “Carnal Provision for the Rotten Masses” slow things way down in favor of grooves that lurch forward with an undead presence, and these keep the heavy favor up while shaking things up from the faster moments.  That’s not to say that there aren’t still some songs that blur together a bit over the run-time of Deeds of Ruthless Violence, but there are specific riffs that stand out and grab your attention and will make you want to immediately bang your head no matter where you are.

Despite how many vocalists Deranged has gone through over the years, they’ve managed to find replacements that have similar pitches.  Johan Bergström continues this trend with a guttural growl that comes through just as brutal as the guitar and bass work, and while the vocals stick at this range for much of the album there are some moments where they break into some slightly higher screams.  For my tastes Bergström might be the best vocalist the group has had in recent memory, as while the overall sound is similar to what I remember from previous material the level of intensity is consistent and the performance doesn’t feel too flat in comparison to 2008’s The Redlight Murder Case.  There’s plenty of space in the mix for the growls to be in your face and grab you by the throat, and that’s definitely an appealing element of Deeds of Ruthless Violence.

The instrumental lineup of Deranged has remained consistent since their 2009 reformation, and it’s clear that they’ve continued to use a formula that works well.  It may not offer too many surprises, but there remains plenty of killer riffs and sheer brutality with just enough tempo variation and slower grooves to avoid some of death metal’s usual pit falls.  Sometimes I just want to be bludgeoned for a half hour by a band that gets the basics down extremely well, and this group fits that bill time and time again.  Deeds of Ruthless Violence is available from Agonia Records.