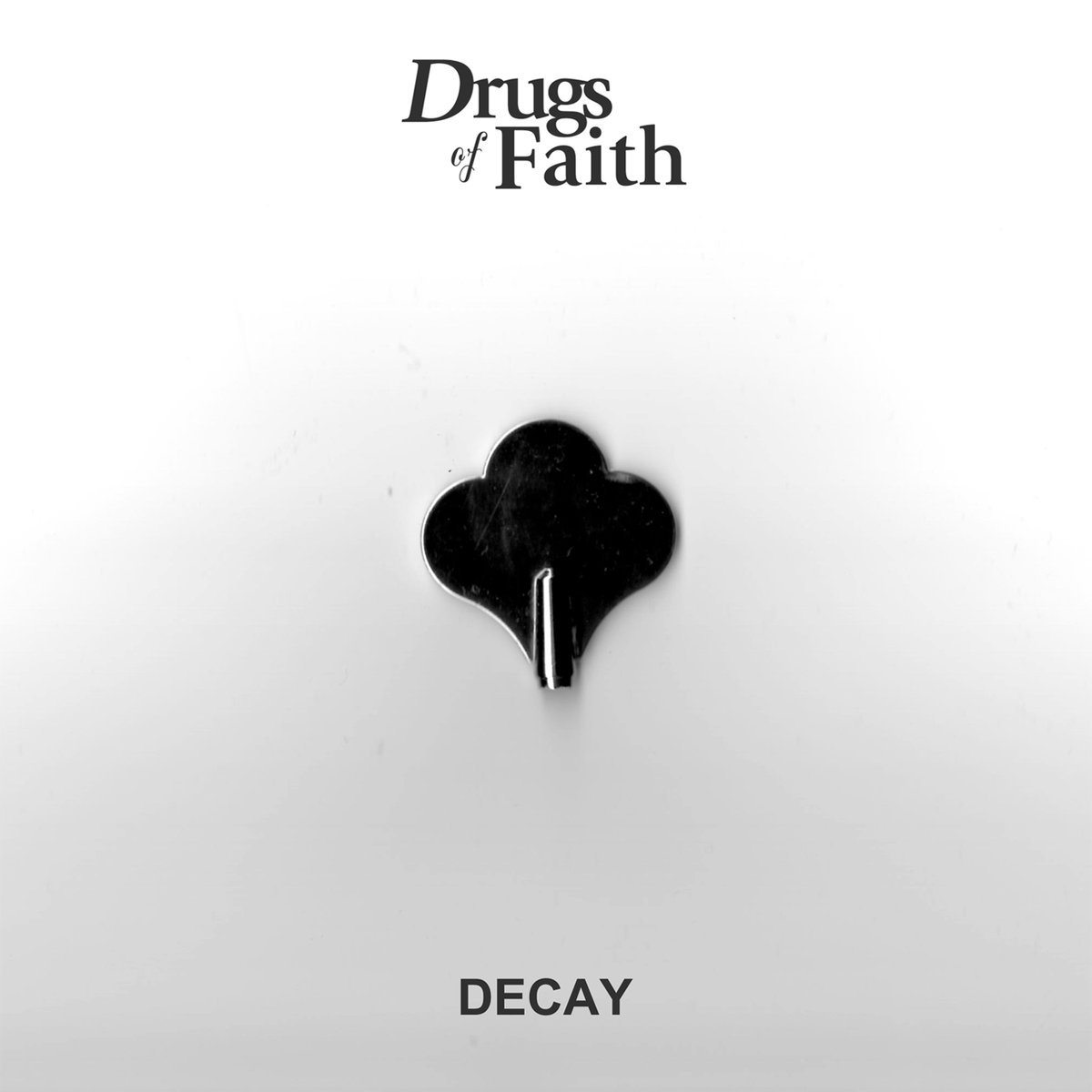 Decay
by Drugs of Faith

Drugs of Faith has been an integral part of the DC/Northern Virginia grind scene since 2002 but compared to some of the other bands in the genre they’ve remained a lot quieter when it comes to recorded releases.  Where some grind and powerviolence opts for split after split and unleashes a steady influx of songs at listeners, Drugs of Faith has always spaced their efforts out quite a bit.  This year’s EP Decay comes nearly four years after the split with Cloud Rat and finds the group delivering the “grind’n’roll” that they do best, delivering a quick and catchy dose of anger and whirlwind intensity.

What’s always stood out about Drugs of Faith is their ability to merge elements of punk and noise rock alongside the usual blasting you’d expect from grindcore.  The band’s able to blast away with the best of them during some of the more hectic moments on Decay, but there’s a considerable amount of variation to the attack that makes individual songs stand out.  There’s just the right amount of groove and catchy riffing to shake you up before the speed kicks things up a notch, and the guitars have an angular feel to them that’s reminiscent of a number of different 90’s noise rock bands.  It’s a lot to take in despite the short length, and the hooks of songs like “Anonymity” will likely have you hitting the repeat button.  It’s catchy when it needs to be and utterly destructive when it needs to be, and that proves to be just as appealing of a combination as it was on the band’s Corroded full-length nearly eight years ago.

Richard Johnson’s always had a fairly distinguishable vocal style, and if you’re unfamiliar with his performance in this band you may recognize him from Agoraphobic Nosebleed.  His screams are as angry as one could want from this genre, but they’re delivered in a way where you can make out every word with relative ease.  That’s not always easy to find in this genre and has always gone a long way for me, and there’s just as much intensity to the vocals as the instrumentals.  Given the jagged and fluid nature of Drugs of Faith’s material, the vocal work continues to be perfectly suited and often towers over the entire recording.

It has been a few years since the last proper release from Drugs of Faith but they’re definitely a case of quality over quantity.  The songwriting continues to showcase the jagged edges and groove of noise rock and punk alongside the blast to the face you’d expect from grind, and there’s plenty to these tracks that will get stuck in your head for some time to come.  With that being said though, at nine and a half minutes I do find myself wanting even more so hopefully it won’t be multiple years before we get even more from this band.  Decay is available from Selfmadegod Records.