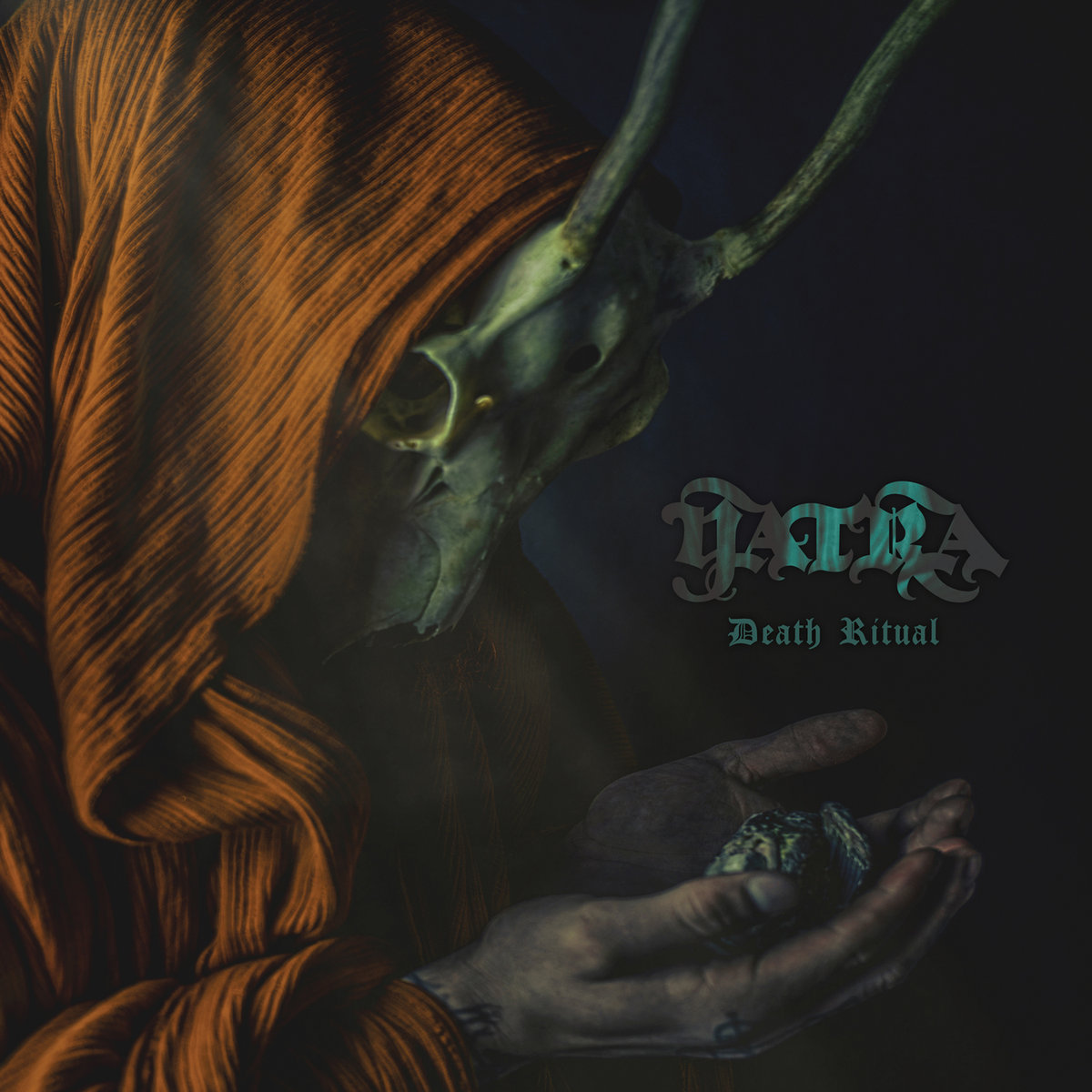 Doom has always been a significant part of Maryland’s metal scene, with bands based in every corner of the state bringing their own take on the power of the riff and almighty groove.  Yatra is one of the newer bands, forming in 2017 after the break-up of guitarist/singer Dana Helmuth’s previous band Blood Raven.  You wouldn’t be able to guess that the group has only been around for that long listening to their debut full length Death Ritual though, as the album displays a level of consistency in both its writing and overall tone that give off the feel of established veterans.  While Yatra does fall into a bit of a familiar pattern by the end, there’s still plenty of dark yet warm tones and lumbering grooves that will keep you wanting to come back for more.

One of the most appealing aspects of Death Ritual is its ability to offer tonality that is balanced between darker, abrasive moments and warmer ones.  When the low end kicks up this band is able to lumber forward with an immense amount of heaviness that’s up there with the rest of the genre, but that isn’t their sole focus throughout the course of the album.  There’s just as much of a focus on darker melodies that give off an ominous feel during some moments and warm and inviting ones shortly after.  At times it comes across like a slightly earthier Sleep, and songs like “Smoke is Rising” have grooves that give off a bit of Corrosion of Conformity influences.  But Yatra never falls too closely to the template of any particular doom band, offering up these darker leads and heavy grooves in a way that has its own vibe and displays a tremendous amount of confidence for a newer act.  Admittedly as you make it to the end of the eight-song album it becomes clear that some of the writing goes for a similar formula and there are sections that blur together a bit, but it doesn’t keep Death Ritual from drawing you back time and time again.

The vocals come in on the harsher end of the spectrum, with Dana Helmuth’s pitch delivering a good deal of distortion and grit throughout the material.  It’s certainly a familiar style but Helmuth is able to head into slightly cleaner ranges during some of the softer sections and switch things up often enough to keep the performance from seeming too one-dimensional.  I also want to mention that the vocals are mixed in an ideal way, as they are just slightly above the instrumentation and don’t tower over it in a way that takes away the impact of the grooves.  Doom bands can be hit or miss when it comes to vocal styles, but Yatra’s works to their advantage and fits the overall tone and feel they’re going for perfectly.

Yatra has left themselves with plenty of room to grow in the future and branch out further from the template laid out here, but there’s no denying that what they’ve achieved on Death Ritual is mesmerizing.  The group is able to seamlessly move between lumbering grooves that give off a bit of the standard stoner vibe alongside some darker leads that take them outside of the standard territory for the genre, and they’re a welcome addition to Maryland’s continually thriving doom scene.  Death Ritual is out now from Grimoire Records.