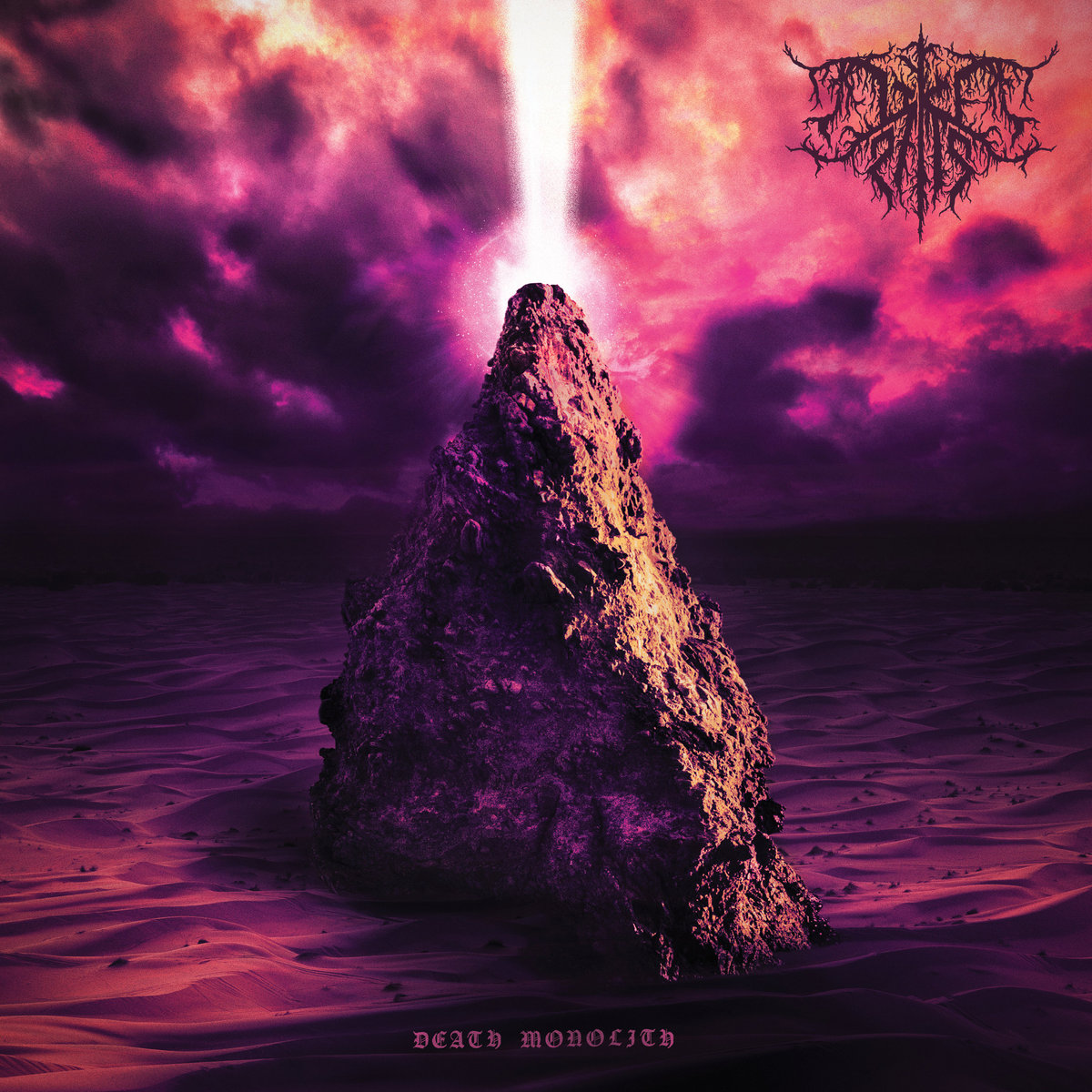 Like Rats started off as a combination of hardcore and sludge a little over a decade ago, but as the years have gone by the Chicago band has started to transition more towards death metal.  Their sophomore effort II had started to push in this direction, but with the appropriately titled Death Monolith the transformation has been completed.  Like some of the other death metal groups that came from hardcore roots there are still faint traces in the rhythms and riffs, but as a whole this album pulls more from the old-school spirit of the genre and does it justice with filthy tonality and lurching tempos that feel like they’re going to pummel you into an early grave.

If you’ve spent any time with previous material from Like Rats, one of the major differences you’ll notice about Death Monolith is just how much fuller the instrumentation sounds.  II was noticeably heavy and emphasized the drums quite a bit, and while they’re still a battering ram throughout this material the guitars and bass come through much denser and can bludgeon in equal capacity.  Every song feels immense and the thicker, lumbering nature of the guitar tone will make you want to start stomping around your house without regard for anyone else.  This type of lurching, groove-laden death metal may be a familiar one as it recalls the early 90s just as much as some of the modern era of the genre, but Like Rats pull it off convincingly and are able to shake things up tempo wise often enough to hold your attention.  Even when they stretch things out to seven-minutes on the title track, the variation between the slower grooves where a thick atmosphere feels like it’s going to choke you and the faster bludgeoning sections remain enticing.  At times some of the transitions and drumming patterns give off a faint hint of the band’s hardcore/metalcore roots, but that shouldn’t deter any of the purists as the other ninety-five percent is pure death metal.  Admittedly I did find that the first half had the strongest individual tracks, as the remaining songs after the title track do blur together a bit, but seeing as the group keeps things concise as just under forty minutes it’s still a good album to spin from beginning to end and let the instrumentals hit you with brute force again and again.

Dan Polak originally started off as Like Rats’ drummer before later moving into the vocalist spot, and this shift has served the band well as they’ve moved more into straight-up death metal.  Where their self-titled releases had much higher pitched and harsher snarls and screams, starting with II the emphasis was on the lower end of the spectrum with growls that reverberated over the recording and filled out the bottom end even further.  This is once again the case on Death Monolith, as Polak heads lower than ever before and each word towers over the recording in a way that makes you want to focus on them.  I’ve seen some comparisons over the years to Vader regarding how full the growls are and the overall pitch, and while there’s still some of that here there is a bit more variation that reminds me of both old-school death metal and some metallic hardcore.  There are some higher screams thrown into the mix that contrast nicely with the low end and give some variation, and the performance feels as dynamic as the rest of the band with how often things are shaken up.  On a side note, the super distorted growls and shrieks at the beginning of the title track have come to be stuck in my head as meows of the most brutal variety.

Each of Like Rats’ full lengths have had a four-year gap between them, and with this longer incubation period it’s clear the band has used the lead time to really transform and evolve their approach.  With Death Monolith they’ve almost fully shifted over to the death metal side of the spectrum and have the towering instrumentation and grooves to back it up.  There are some approaches to the songwriting that cause the later songs to blur together a bit, but so far this album has had more staying power than a lot of the other former A389 Recordings roster that went through similar genre changes in recent years.  Death Monolith is available from Hibernation Release.