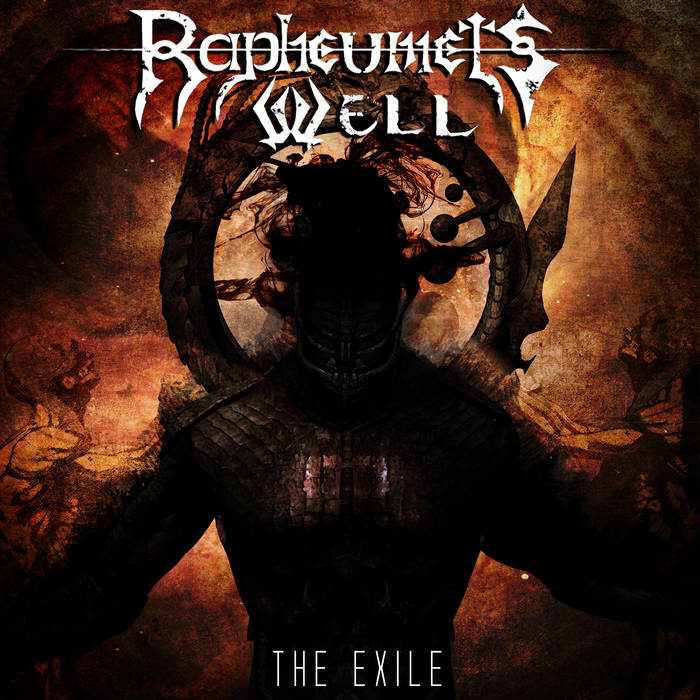 The Exile
by Rapheumets Well

In the infinite sea of the multiverse exists the plain of Sovael. From the musical works of the symphonic metal act Rapheumets Well, Sovael hides many mysteries and reveals the complex saga of the Atai (ancient architects) who aids in the propagation of sentient life throughout the cosmos. Taking place during “Soyumoth’s War” another elder architect has fled the ranks of the greater counsel. Sotath Shal along with his three nefarious servants has come to enslave the planet of Vranath Su, a desert world rich in minerals and rarities. After witnessing the atrocities of the fallen elder, Darmak alone rises against the falsifiers and so forth begins the journey of the exile.

Truth is this is a journey that viciously represents the hardships of life (in a really weird and complex way). The main character is benevolent by nature, vicious by skill and under goes tremendous torture in the name of his personal views. The main thing is, he stayed true to himself, and he is a rather bad a** character. But this whole story derives during the grand war that is across the cosmos. For the women, there is some mild romance.

I think this album is a pretty fair representation of what I expect more of from groups like Fleshgod Apocalypse.  Rapheumet's Well's symphonic death metal aesthetic is quite similar, except here it feels like the orchestration is built to compliment the metal instrumentation rather than the other way around.  Sure, you may not be getting quite the level of proficiency on the symphonic portions, but I think the trade-off of each instrument making a mark is worth it.

The guitars are working just as hard as anyone else here.  Rather than simply clunking along to fill out the distortion, there are hooks and even some technical showmanship to be found.  Listen to some of those sweeps.  They seem endless.  And then there's the drums.  I'm fairly certain that they are triggered, but damned if that double bass don't add the extra kick needed to get me beating the hell out of my dashboard listening to this.  Top this off with a fine death growl to carry the story and some enthralling synth work and you are on your way to new levels of epic.

There are some moments where the production does get a bit muddled due to the sheer amount of things happening all at once.  This is a key complaint I have with the last few FGA albums, as well as some others like Emperor's Anthems to the Welken at Dusk.  But for the most part, it all works out quite well.  A big aspect of bringing it all together is the amount of dynamics happening in the songwriting.  "Blight of Shotath Shal" begins with a classy piano part, but builds into a massive arrangment of bombastic and technical guitar riffing.  Others break in the middle or temper out at the end for something softer or more operatic.  "Resurgence" is a good example of a softer, more gothic track that still holds its own as a highlight of the album.

Utlimately, while I think the band still have room to grow, the title track of this album truly cements all of the things they have going for them: Killer tech-deathy solos, epic vocal/symphonic bridges, Borgir-ish riffs, sprawling compositions, and just an all-around full sound.  I can only imagine where a large-scale stage show and experienced recording team could take them.   This is a group with a lot of ambition, as well as talent to back it up:  something that many groups have one of without the other.  With your support, I see them sharing the stage at festivals with Amon Amarth and Septicflesh.  Make it happen.

Looking for somewhere to start?  I'd recommend the aptly-titled "The Epic of Darmak" or Enthrone Darkness Triumphant vibe of Crucible of Titans."