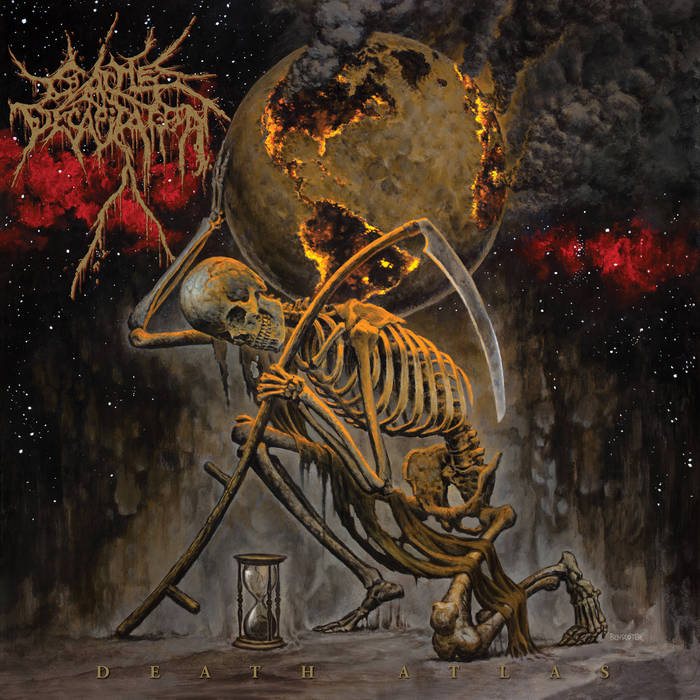 What I Like: One comes to a Cattle Decapitation record with one expectation above all else: it's going to be heavy as f#$k. In this respect, Death Atlas delivers once again. From the inhumanly fast drum intro of "Be Still Our Bleeding Hearts" to the dementedly layered shrieks and growls of "With All Disrespect," I challenge you to avoid the siren song of the pit. But aside from the usual grinding pace and neck-damaging riffs, the Cattle Decap crew aren't above a little experimentation this time around either. There are quite a few additions to the already dynamic vocal performance. Half-spoken, half-snarled verses crop up on both "Vulturous" and  "Absolute Destitute" like a call to the void, while "The Unerasable Past" takes a major left turn for the band with piano, strings, and mournful clean singing. Not every idea lands perfectly, but it's always nice to see a band keeping things fresh this far into their discography.

Critiques: Like I said, new ideas are hit and miss. While I enjoy the aforementioned hypnotic vocals, the simplistic compositional foundations of "Vulturous" around those parts keep them from reaching their full potential. "With All Disrespect" ends up being more successful. As for the singing on the final track, it's performed well enough, but doesn't necessarily earn the emotional weight that it's going for. On a related note, I hate the interludes. The concept of the album seems plenty clear without them. It's like when a studio tacks on narration to a film because they think that the audience is too stupid to understand whats going on.

The Verdict: If I'm picking favorites, ultimately I prefer the more streamlined, less high concept approach of 2015's The Anthropocene Extinction. That said, this is still a mighty fine Cattle Decapitation record that continues to engage on repeat listens and makes me excited to hear new ideas mature on future releases.

Flight's Fav's: Be Still Our Bleeding Hearts, Bring Back the Plague, With All Disrespect