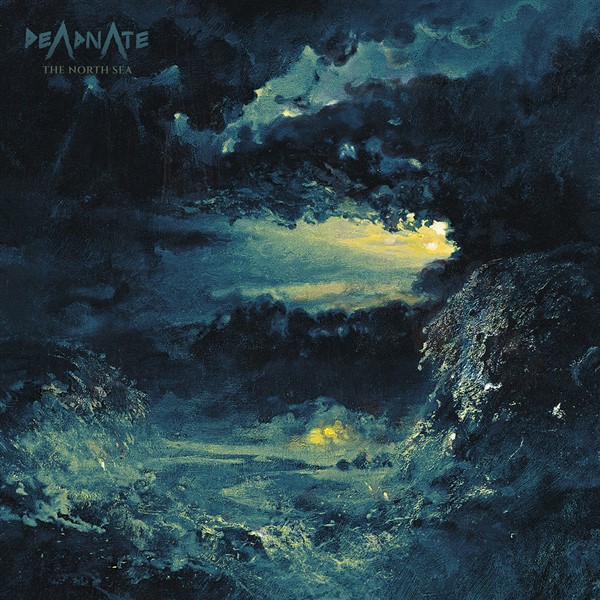 The North Sea
by Deadnate

Denmark has a lot to offer when it comes to heavy music, though the majority of my knowledge has come in the form of death metal, heavy metal, and a little bit of hardcore.  Deadnate offers my first exposure to Danish progressive metal with their debut full-length The North Sea, which follows an EP from 2018.  Progressive metal can mean a lot of different things these days, with plenty of bands hopping on the djent train, but Deadnate has chosen another path with a sound that falls somewhere between the lumbering grooves of Gojira and melodies that blur the line between rock and metal.  Although the material stands out a bit more when exploring the softer side of the spectrum compared to the heavier ones, I still like what this group is doing and they’re going to be one to watch.

Rather than launching right into some dense and heavy grooves, “Aurora” starts things off on the atmospheric side with softer melodies and methodical drumming that pull you right in.  This builds up nicely into the beginning of “Downhearted” which showcases both sides of Deadnate’s sound well, as it starts off with lumbering and powerful grooves but transitions over into soaring melodies around the halfway point.  There are a lot of subtle rhythmic shifts that keep the grooves feeling fluid, and this is where the band reminds me of Gojira and even Lamb of God to an extent.  The shifts between these in your face, aggressive passages and melodic, atmospheric sections works well and really puts them somewhere between progressive rock and metal.  When the instrumentals mellow out they bring to mind Mantric and later Extol, with even a little bit of Dead Letter Circus’ alternative/progressive rock which is an appealing combination, and I found that the moments that stood out to me the most were when Deadnate was going for this approach.  Songs like “Winter” are stunning as they incorporate a hint of doom’s somber aesthetics before letting diverse rhythms and melodies dance around your speakers in a genuinely appealing way.  In contrast, the bursts of straight-up aggression and intensity are well performed but don’t leave as much of an impact, and there’s room for the band to continue to develop this side to help them stand out even further.  The high points kept me returning though, and I certainly think that the group can reach a level where they can captivate no matter how heavy or light their songs are.

Two of Deadnate’s members handle vocals, which allows for frequent transitions between clean and harsh ranges.  I’ve always been a fan of bands that can do this well and who keep the energy level high no matter where their vocals go, and that helped to make The North Sea leave an impression.  The title track is a great example of how diverse the performance is, as the beginning has harmonized singing that soars over the recording but only a minute or so later there are multiple screaming ranges that hit both highs and lows.  This is where I’m reminded the most of Mantric, as the constant back and forth between singing and screaming as well as the way both singers can switch things up on the fly channel a lot of that band’s material.  It can sometimes be hard to get a powerhouse singer/screamer, but the fact that Deadnate has two works in their favor.

Deadnate’s take on progressive rock and metal is a welcome one, and while the rock side of their sound stuck with me more than the metal if they can build upon this foundation, I expect even greater things in the future.  Songs like “Winter” do have enough staying power to bring listeners back for more, and if bands like Gojira or Mantric have caught your attention in the past then this group will likely have that same appeal.  It’s also nice to see something with the progressive tag that’s not just another band jumping on the djent train, as that more diverse set of influences and exploration makes a difference.