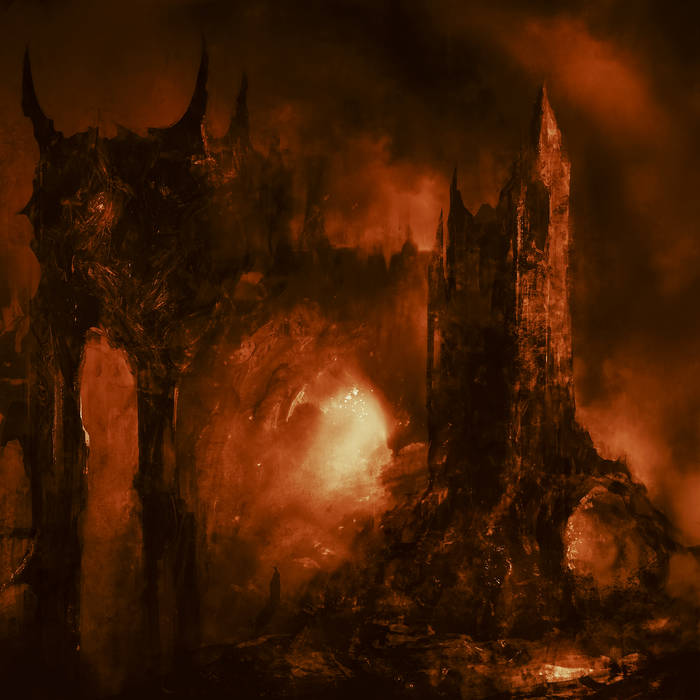 Dawn of Infinite Fire
by Asagraum

What I Like: It's been two years since Asagraum dropped Potestas Magicum Diaboli, and what a difference just two turning of the seasons has made. Already a modest testament to "ominous atmosphere and ravishing grimness;" this project is blossoming (or withering depending on your preference) into something special with Dawn Of Infinite Fire. First and foremost, my continued praise to vocalist/guitarist Obscura for her delightfully vicious snarls. There are those who criticise me for bringing attention to the gender of band members, but some jobs really do require a witch over a warlock. Regardless, her contributions continue to be a powerfully magnetic bit of spellcasting that are ultimately but a gateway to a much more holistic experience. The overall songwriting has taken several obvious steps forward with increasing dynamic variety, and the guitar melodies possess a masterful balance of nefarious wickedness with woeful lamentation. It's like a demon compelled to carry on its wicked work, but talking no personal pleasure in its execution (well maybe sometimes).

Critiques: Some compositions are stronger than others. While there is nothing here to outright bore more, there are certainly areas that drag on too long and would benefit from increased focus and shearing. Even so, I applaude Asagraum for keeping tracks to a pretty manageable average length of around 5 minutes. I swear, most black metal musicians don't know when (or maybe even how) to end a song.

The Verdict: Once again, always exciting to watch from my little perch as these smaller up-and-coming bands take strides from modest beginnings to mass appeal. Dawn Of Infinite Fire represents an admirable progression for Asagraum's sound, and I am confident that their continued work in this direction will lead to great things with your support.