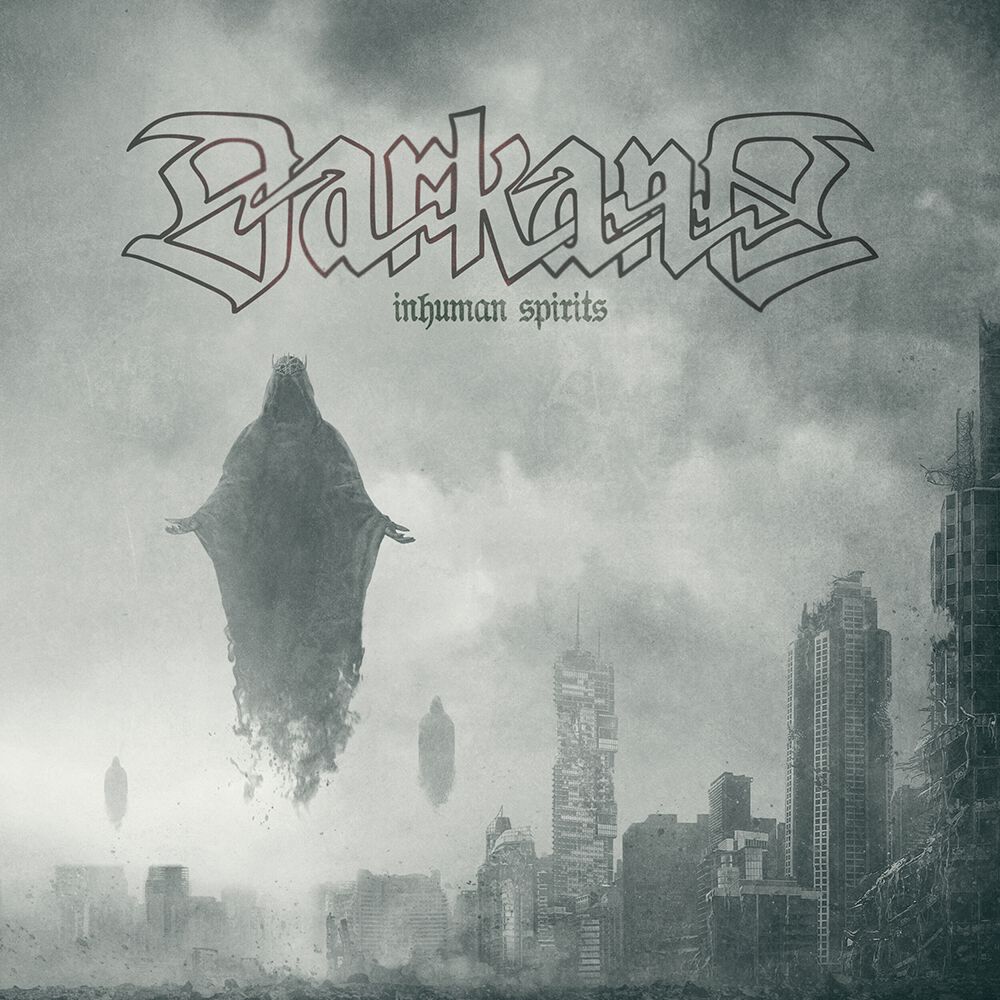 Although they’ve never quite gained the same notoriety as some of their fellow Swedish melodic death metal peers, Darkane’s still managed to find their own space within the genre over the past twenty-four years.  Offering up elements of the early Gothenburg sound while leaning a bit more towards thrash and incorporating orchestral and symphonic elements, albums like Rusted Angel and Insanity still hold up today.  The band has gone through some shifts on the vocalist front over their career, with original singer Lawrence Mackrory rejoining on 2013’s The Sinister Supremacy, their sixth overall.  Darkane has been fairly quiet on the recorded front in the time that followed despite never fully going into hibernation, and after a nine-year gap they have returned with Inhuman Spirits.  It may not deviate significantly from what the group has written in the past, but with a renewed aggression and strong hooks this is still a worthy addition to their discography.

I liked quite a bit of The Sinister Supremacy, but where that album felt like it took a little while to get going Inhuman Spirits wastes little time in establishing a fast and furious tempo that leads into a huge, booming chorus.  It’s a great way to start, as you get whiplash from the first few minutes and the backing orchestral elements makes the title track feel appropriately epic.  Whether you’ve spent time with Darkane before or have experience with other melodic death metal, the riffs are likely to have a sense of familiarity, but they’re delivered in ways that allow these songs to stick with you.  The biggest difference between Inhuman Spirits and other recent melodeath is once again the extended emphasis on thrash elements that recall a bit more of that early 2000s groove/thrash just as often as they lean into Gothenburg riffing, as well as the aforementioned orchestration.  Darkane does shake up the formula from one song to the next, slowing things down for some moodier breaks and grooves before launching right back into speedy aggression, though I did find that when they kept things fast on songs like “Embrace the Flames” and “Inhaling Mental Chaos” they captivated me a bit more.  Admittedly even with the deviations some moments do blend together slightly and a few of the tracks felt like they overstayed their welcome slightly as their verse/chorus patterns started to drag, but the high points have still kept this on repeat for me regularly.

Mackrory’s return to Darkane in 2011 was a welcome one, as his voice falls a bit closer to thrash and adds quite a bit of grit to the band’s material.  It had been a little while since I’d listened to the band, and one of the things I had forgotten is how varied the vocal performances are.  You do get plenty of the higher ranged barks/screams that fits right in with the thrash side of the sound, but on songs like “Awakening” there are plenty of lower pitched death growls that help to shake things up.  The back and forth of the high and low pitches goes a long way in helping to keep things feeling fresh and avoids the grating and repetitive sound that sometimes plagues bands like this.  It also helps that Mackrory towers above the already intense instrumentation, really helping to make Inhuman Spirits feel immense.

Despite the nine-year gap, Darkane has come back in a big way.  Their sound is a bit more streamlined compared to some of the exploration of their past discography, and while some songs do still start to drag the renewed fury and aggression alongside catchy hooks goes a long way.  Don’t expect anything radically different, but considering that Darkane has always occupied their own space within melodic death metal and thrash that’s not a bad thing and their latest has some staying power.  Now hopefully it won’t be almost another decade before we get more, as this lineup sounds rejuvenated and ready to deliver even more.  Inhuman Spirits is available from Massacre Records.