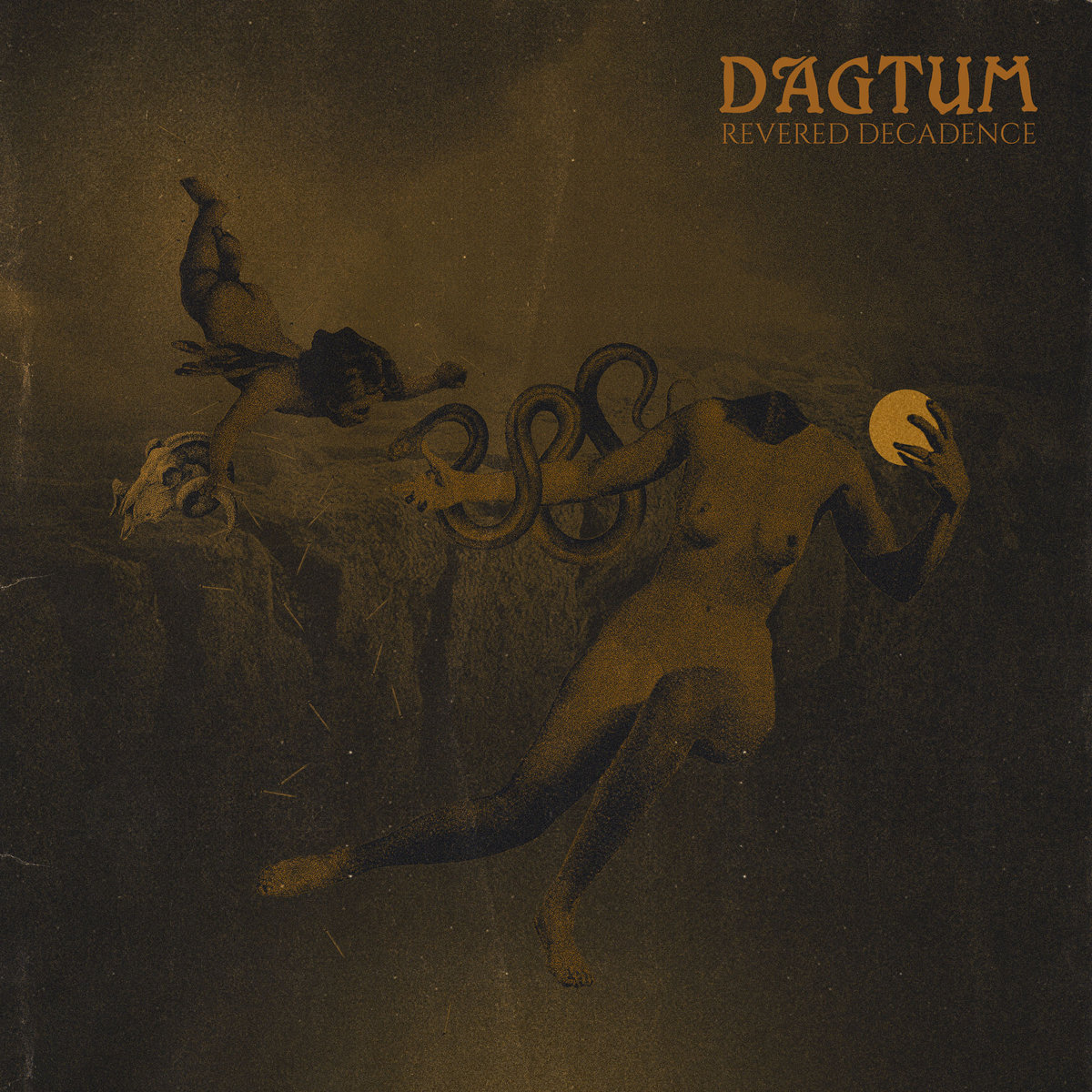 Dagtum is a new trio from the Phillipines who play a very dissonant and atmospheric variant of death metal injected with a heavy amount of sludge and post metal.  While the mention of dissonance and death metal likely have you imagining cavernous, dense riffing and plenty of blast beats, Dagtum treads an altogether different path on their debut full-length Revered Decadence, opting for methodical grooves and repeated instrumentation that showcases some progressive elements.  It’s admittedly a tough album to get a feel for initially, requiring some extended listens to get a better impression of the fluid song structures and murky atmosphere, but this band has pulled off something genuinely different that is sure to draw in fans of the weirder and eerie side of metal.

The description provided by the band had me imagining something like Ulcerate or Gorguts crossed with Neurosis, and while there are elements on Revered Decadence that capture elements of these three bands it never sounds quite like it.  “Immaculate Decay” makes it clear you’re in for something entirely different, as it offers an extended instrumental opening to the album that utilizes layers of creepy instrumentation that remind me of a number of Asian horror movie soundtracks.  From there “Avarice Enshrined” launches into dissonant and atonal grooves, moving forward at a methodical and slower tempo that has a bit of Meshuggah to it, but as the distortion and harsher layers peel back in favor of creepy melodies it sounds much closer to the likes of Emptiness.  Dagtum comes through as a bit more fluid when it comes to song structures, stopping and starting passages without warning and even letting some moments come through with jazz-like improvisation.  Although the tone is generally pretty creepy and unsettling, towards the end songs like “Monolith of Grace” bring in some brighter and even beautiful sounding moments that channel post metal like Rosetta and Mouth of the Architect.  It’s admittedly a challenging mix of instrumental styles, and while not as dense production wise as some of the other metal bands focused on dissonance there are still a lot of layers to peel back.  I did find that it took a good three or four listens for some of these songs to click, and even after doing so some of them never fully did for me, but what a wild and intriguing ride it remained with each time through.

While the instrumentals may head in a lot of different directions, the vocals are the element of Dagtum’s music that are most rooted in traditional death metal.  There are two main styles throughout Revered Decadence, low growls that rumble over top of the recording with a powerful presence and higher pitched screams.  The band tends to use the two together quite often, creating some distorted and abrasive passages that channel the amount of intensity one would expect from death metal.  With the production favoring a more organic and open sound the vocals are also much more prominent than is typical for this style, letting them hover over top rather than getting buried in the layers.  It’s a small nuance that makes a big difference when listening to the album, and an approach the group should continue to utilize in the future.

Despite capturing elements of dissonant death metal, sludge, and post metal, Dagtum’s debut pushes it off in directions that make them sound unique.  There’s an adventurous spirit in how the songs flow and move between harsher atonality and somber atmosphere, which is sure to grab fans of both Emptiness and Ulcerate in equal capacity.  Admittedly some of it doesn’t fully click for me and while the album as a whole is an interesting and unpredictable ride, there’s still room for these guys to find that balance between challenging and memorable.  Even some of the most out-there death metal and sludge has passages that still stand out to me today, and I think that’s what could take these guys to the next level on a follow-up.  Still, it’s wholly original and worth supporting a band like this that’s willing to go outside the box on their first release.  Revered Decadence is available from Eastbreath Records.