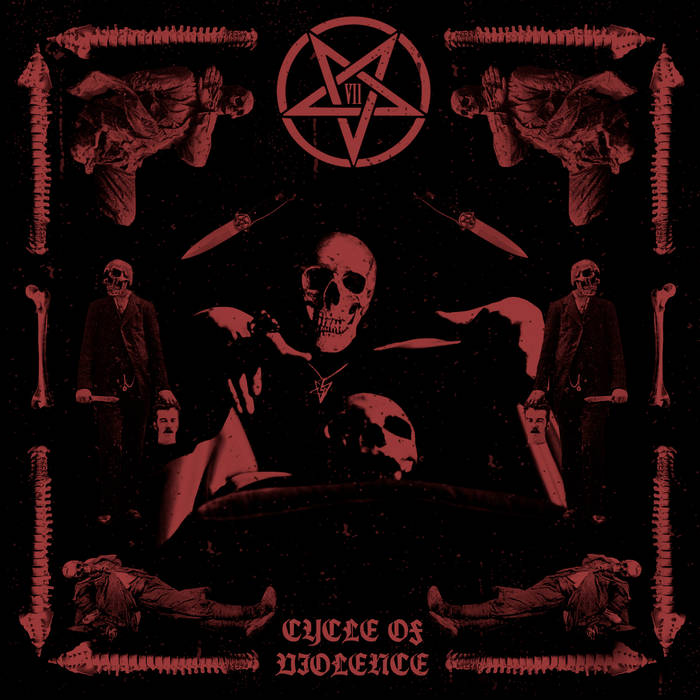 Cycle of Violence
by Seventh Circle

What I Like: Seventh Circle is a sledgehammer of sludge complimented by various elements of other genres from death and doom to crust and alternative. It's like the ominous atmosphere of Primitive Man had an illegitmate lovechild with the punk-infused rebellion of Mantar. Songs will kick off with familiar sludge elements; chunky chords, bileful vocals, only to take a sudden unexpected and often jarring turn in the final minutes. Hell, there's a part on "Death Mask" straight out of Fugazi. Closing track "Babalon" in often sounds more like a death-infused version of Bleach-era Nirvana than any metal group I could name. It's this diversity that makes Cycle Of Violence so intriguing in addition to its undeniable heaviness.

Critiques: Mainly I'd just like to hear more. It's hard to tell from these 3 tracks what the band needs to work on. Suffice it to say they're off to a good start.

The Verdict: Seventh Circle are a sludge act to watch in the future. They've definitely put their best foot forward with this surprisingly eclectic and interesting release. I'll be interested to see how well they can harness these elements on a full length.