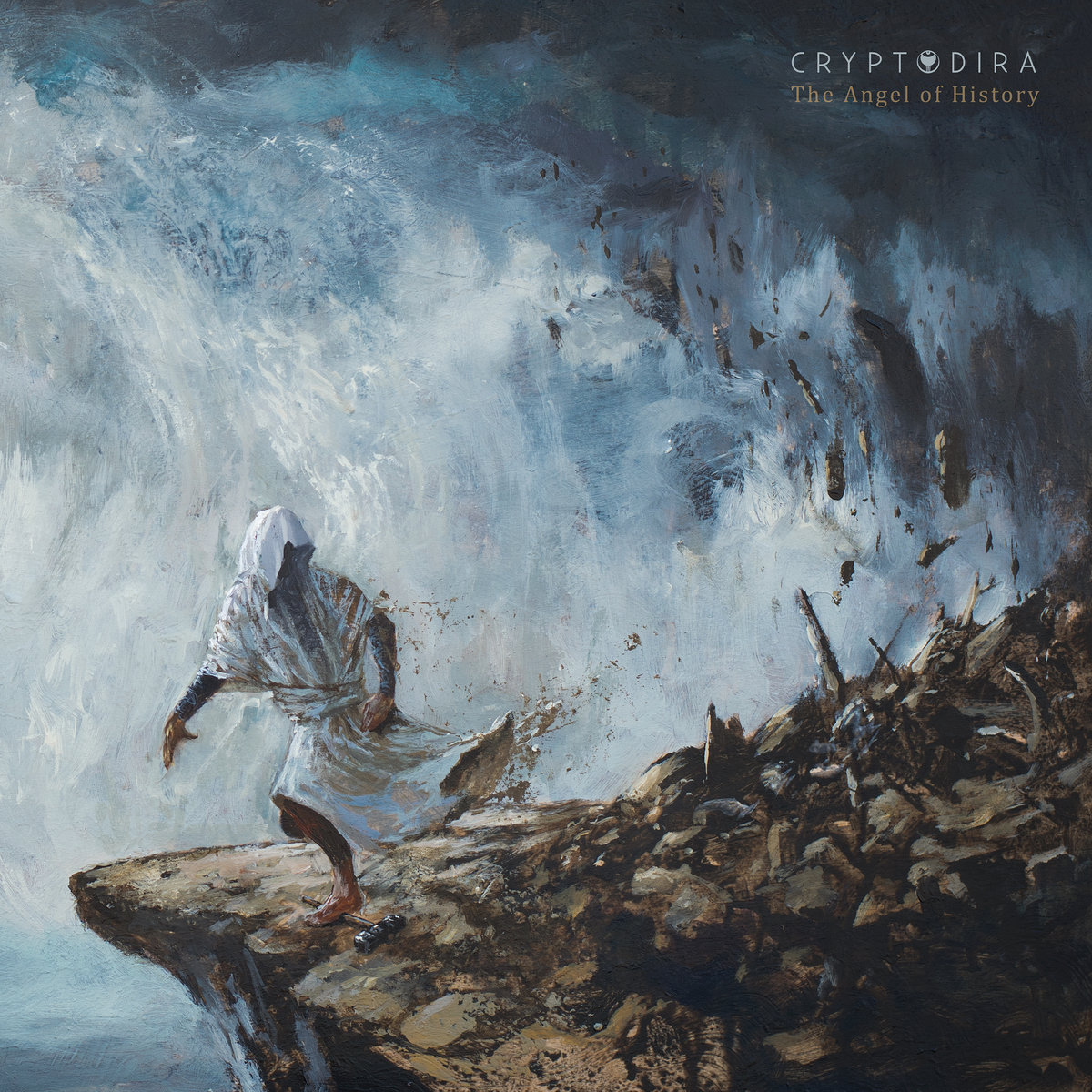 The Angel of History
by Cryptodira

Cryptodira left an impression on many in 2017 with their debut The Devil’s Despair, which followed several years of honing their craft via shorter EP’s.  With a sound that pulled in elements of progressive metal, death metal, mathcore, jazz, and everything in between, they were sometimes reminiscent of bands like Between the Buried and Me but were able to offer enough of their own flavor to stand out.  Three years later the band’s put together a follow-up titled The Angel of History, which retains some of the sheer heaviness and unexpected tempo changes but spends more time exploring mellower and atmospheric textures than before.  It’s a markedly different listening experience than its predecessor, but Cryptodira still has a significant amount of depth behind it.

There are still some frantic math-y elements present in the instrumentation, and songs like “The Blame For Being Alive” launch into some of that blink and you’re already on the next idea and tempo type of songwriting that bands like The Dillinger Escape Plan and The Number Twelve Looks Like You were masters of.  But compared to what I remember of The Devil’s Despair, The Angel of History feels like it spends just as much time exploring the softer, atmospheric side of the spectrum as it does the heavy and dense.  You might assume that this would simplify Cryptodira’s approach a bit and make for some more straightforward moments, but the group remains as unpredictable as before and just when you’ve been lulled into a relaxed state with a sweeping melody or jazzy interlude the group kicks things back into high gear.  This album provides a great balance between hooks that stick with you and details that don’t reveal themselves until a few times through, and there’s still just the right amount of full-on heavy passages to keep the metal side of the band’s fan-base satisfied.  Everything flows together well whether you’re listening to the album as a whole or an individual song, and no matter where Cryptodira goes they make it work within the context of their material.  Whether it’s the Casipoea or Pat Metheny jazz slant early on or moments later in the album that blend some early 2000s sounding post hardcore and alternative rock in with the death metal and spastic mathcore, these guys never seem to overextend themselves and give you plenty of reason to come back.  Although the individual elements still bring a slew of different bands inside and outside of the metal world to mind, it’s the combination that once again feels fresh and gives Cryptodira a sound of their own.

With multiple members of the band contributing vocals, there’s just as much variation to the performance as the instrumentation.  Opening track “Self​-​(​Affect​/​Efface)” is likely to draw new listeners in with its dueling harsh vocals that find higher screams and low growls trading off in a way that reminds me of Between the Buried and Me circa “Colors” or “Alaska” that give way to some soaring clean singing a few minutes in.  From that point on there’s no telling what you’re going to get from a given song, but it does feel as though there’s an even greater emphasis on singing and moments that reveal a bit more fragility alongside the powerful ones.  “The Blame for Being Alive”, which features guest singer Sam Raia, is perhaps the best example of this, as the singing is so soft and entrancing that there are moments that feel downright beautiful mixed in with the more abrasive elements.  Singing can sometimes be an area where groups rooted in metal struggle, but Cryptodira has nailed this aspect and it helps to make the album feel more dynamic.

My initial impression of The Angel of History was that the band had mellowed out slightly compared to their debut, exploring even more prog-rock and jazz elements as well as some post hardcore textures.  But after repeated listens this stylistic shift hasn’t simplified their songwriting or kept them from some genuinely heavy and technically passages that can steamroll you when you least expect it.  There are quite a few sections that have stuck with me over the past few days and additional details have revealed themselves, ensuring that Cryptodira will have a significant amount of longevity with quite a few listeners.  Comparisons to Between the Buried and Me may forever be impossible to avoid, but if you want something proggy, powerful, and atmospheric, this band has you covered.  Another high recommendation as this bizarre year ends, so don’t let it pass you by with the incoming focus on best of year lists and retrospectives.  The Angel of History is available from Good Fight Music.