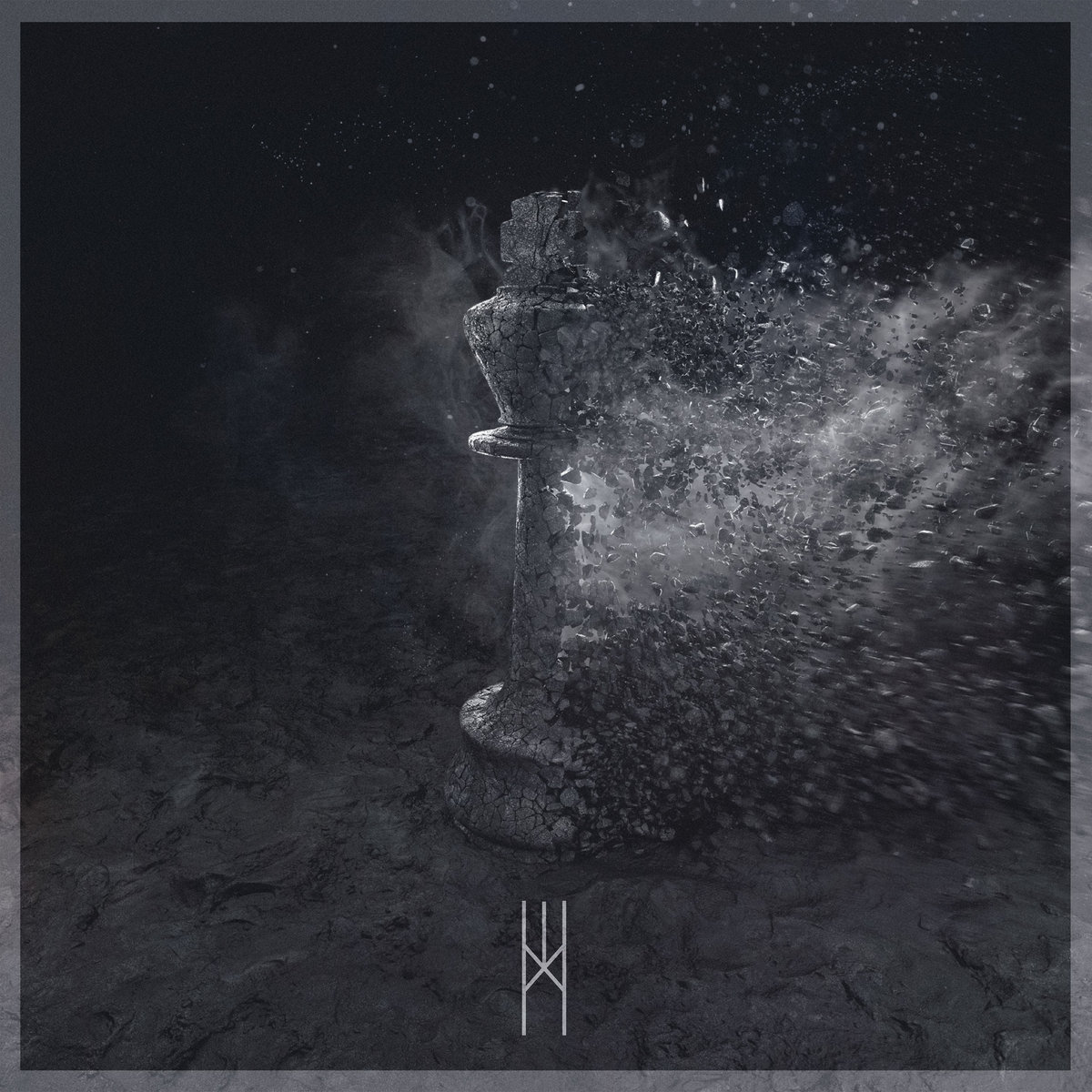 CROWN - The End of All Things (Album Review)

The End of All Things
by CROWN

France’s CROWN has never been a predictable band, as they started off on a track similar to Godflesh but transformed into a hybrid of sludge, doom, and industrial with pulsing electronics and a flair for experimentation that made them a bit different.  Where Psychurgy and Natron emphasized very harsh vocals and unsettling and ominous moments, the band has been hinting for awhile that their latest full length would head in a very different direction.  The wait since 2015 has been long, with occasional teasers leaking out over the past four years, and like a lot of other artists CROWN also seems to have been affected by various COVID related delays as The End of All Things was listed at coming out at various points in 2020 before finally landing in April of 2021.  This time around the sound is just as dark but is channeled through industrial rock, electronica, and even some gothic folk, almost leaving metal behind entirely.  It’s a radical transformation that pays off for the band, with the songwriting bringing in huge accessible hooks alongside the more nuanced and methodical approach of artists like Swans.

The couple of singles released since 2021 began suggested that CROWN had gone full-on industrial rock, with driving electronic beats and the same balance between abrasive and poppy hooks as Nine Inch Nails.  And while there certainly is plenty of that to be found on The End of All Things, it only represents a part of what the band is tapping into throughout the album.  What you’ll find upon repeat listens is that this material is almost deceptively simple, seeming as though it’s tapping into the industrial or electronic rock with simple yet huge hooks, but as you explore further you’ll notice a lot of small details driving everything forward.  Tracks like “Gallow” recall modern synthwave and a number of film scores with how the beats are huge but there are little instrumental details that pop out at you, and the second half of the album brings in a heavy dose of gothic folk with dark and somber acoustic guitar.  Despite the overall tone being much lighter, everything is still drenched in darkness and certain moments are likely to get under your skin, producing a much different experience than Psychurgy or Natron.  The last three songs in particular are where I found myself most intrigued, as the gothic elements have some additional experimentation and a tone that reminds me of later-period Swans along with some of the moodier post rock that some of their Pelagic Records labelmates have to offer.

Like many of you, the majority of what I remembered from the vocal work on CROWN’s past material was oriented on the harsher side of the spectrum.  This is perhaps the biggest change on The End of All Things, as while there are a few short passages where screams are thrown into the mix Stephane Azam has turned his attention towards singing this time around.  From opener “Violence” it’s clear that you’re in for something different, as while there’s a darker and sorrowful tone to the singing its lighter pitch brings a number of different alternative rock bands to mind.  When the screams do appear on songs like “Shades” it often feels as though its been run through a classic industrial context rather than a metal one, which adds a slight harsh edge to specific moments and then gets out of the way as the singing soars over top of the instrumental layers.  It’s clear that Azam has pushed himself into new territory to some degree, and while not every vocalist is able to make the leap from harsher ranges to cleaner ones with ease it’s mesmerizing here.  “Utopia” ends the album on a high note with Karin Park from Årabrot adding to the gothic feel, and it’s exciting to see CROWN expand outwards in this way.

Their new direction brings a slew of different industrial, post rock, and even alt-rock influences to mind but CROWN makes it their own and delivers an album filled with somber hooks and experimental flourishes that make for a diverse listen.  I’ve been curious about where these guys would take their music ever since that early teaser in 2017, and the end result is an album that’s proven to be infectious with each time through.  It’s pretty far removed from the metal side of the spectrum, but the moodier and somber nature is still likely to appeal to many of you.  Expect this one to pop up on some best-of lists and broaden CROWN’S fan base, and hopefully it won’t be another five years before we hear more of this transformed group.  The End of All Things is available from Pelagic Records.