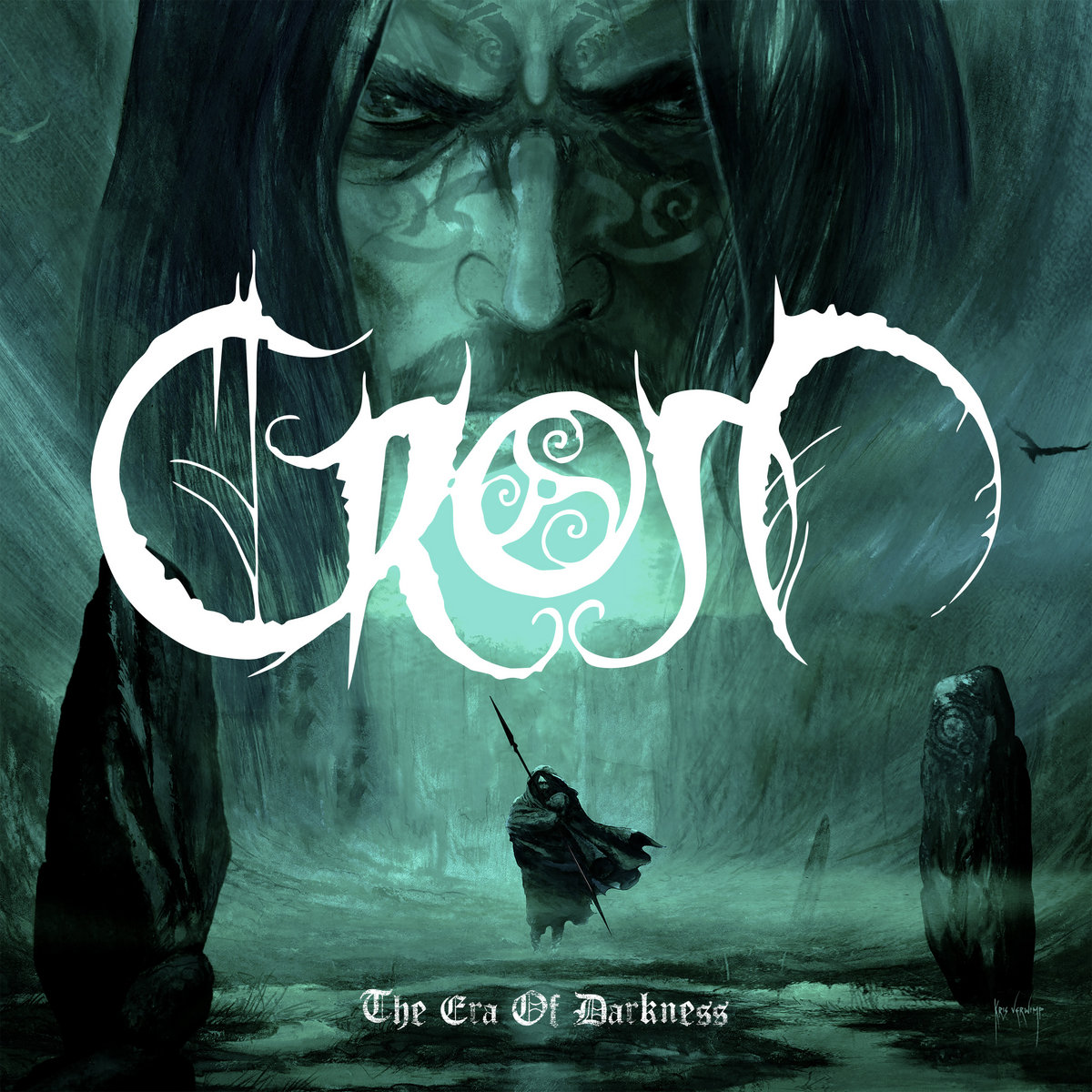 The Era of Darkness
by Crom

German heavy/power metal band Crom was formed by Walter Grosse in 1997 but what began as a side project would end up becoming Grosse’s main focus after leaving Dark Fortress a few years later.  To date Crom has released three full lengths and a number of demos as a one-man project that showcased a devotion to Bathory and other epically minded heavy metal.  2018 brought some significant shifts to Crom as Grosse enlisted guitarist Stefan Peyerl (Diabolos Dust) and drummer Thomas Hagl (Sektor), making them a full band for the first time.  The first new music as a three-piece came courtesy of the 2021 EP Into the Glory Land, and now the group has followed that up with The Era of Darkness.  This effort still maintains Crom’s roots while exploring a broader range of aggressive and melodic tones, giving listeners plenty of soaring, catchy moments to come back to.

The Era of Darkness starts off very strong with songs like “Into the Glory Land” (which was on the 2021 EP of the same name), “Heart of the Lion”, and “The Era of Darkness”.  There’s an immediacy to the riffs on these first few tracks, which take the epic heavy metal of bands like Manowar and Bathory and add some of power metal’s melody and galloping tempos into the mix.  That balance of light and dark suits the band well, as it gives off this triumphant energy that makes you want to fist pump while offering some depth behind it.  Sometimes there’s even a bit of traditional/epic doom flair to the proceedings, and when Crom hits that perfect balance of aggression and atmosphere they’re infectious.  The Era of Darkness is bolstered by strong production values in this regard, which allow the softer nuances to break through without taking away from the edge.  Crom is able to offer a good amount of variety between ballads, up-tempo tracks, and mid-tempo ones, though the second half does start to focus more on the slow side and drags a bit.  When combined with the almost hour-long length this does dampen the impact a bit, and while late tracks like “Bridge to Paradise” do attempt to switch things up a bit with slightly faster tempos I would’ve liked a bit more of the speed the first half had.  It’s also interesting to note that two of the twelve tracks are covers, though this isn’t widely mentioned and with the way the songs flow you wouldn’t know this otherwise.  “Higher Ground” is a cover of Danish singer Rasmussen’s track that he performed for Eurovision 2018, while closing track “The Last Unicorn” covers America’s song from The Last Unicorn movie soundtrack.  I appreciate these types of stealth covers that flow seamlessly with the original tracks, and it’s something that more bands could benefit from.

Grosse has been refining his vocal work over the years and his performance on The Era of Darkness is one of his best to date.  Rather than going for the power metal wail, Grosse has a booming voice that balances power and melody and sometimes has more of a folky tone similar to bands like Týr.  There are numerous backing ranges that result in some harmonized choruses that are sure to get stuck in your head, and this stylistic blend of folk, power, and heavy metal is sure to give Crom some broader appeal.  The title track and “Higher Ground” add some screams and other harsher pitches into the mix which may surprise listeners initially, but they suit the more powerful tone of these numbers and I actually found myself wishing they were used a bit more often.  But even with the majority of The Era of Darkness focusing on somber and triumphant singing, there’s a lot to like about what Crom has to offer.

Crom’s first full-length as a three piece finds that sweet spot between power and heavy metal while also having the occasional doom and folky tone.  The second half may drag a bit with the emphasis on slower tempos and longer songs, but the strength of the hooks has still kept me returning to this one regularly.  Two decades after Grosse started on this musical journey Crom seems stronger than ever, and if they can keep exploring this wide range of metal styles and tweak the formula some more it seems like even better things are still on the horizon.  The Era of Darkness is available from From the Vaults.