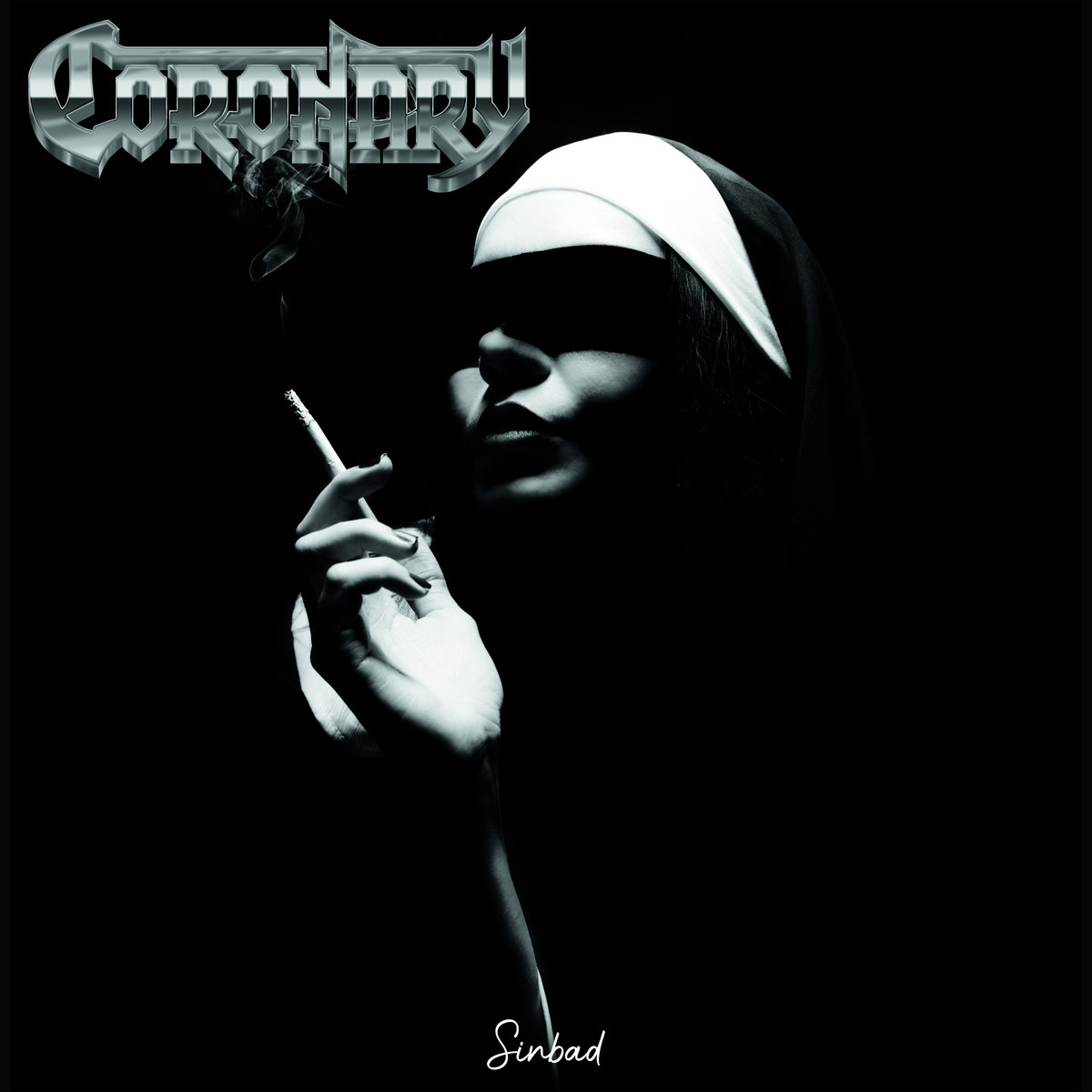 Despite being based out of Finland, Coronary sound very German on their debut full length Sinbad.  Formed by musicians who have been part of a slew of other bands over the years, with this group they pay tribute to heavy metal and hard rock from the 80s, going for up-tempo NWOBHM and mid-tempo rockers that pull in some glam and sleaze rock energy.  While Coronary may be pulling from well-tread territory, they are able to do it justice with some catchy songs and a seemingly boundless amount of energy.

While listening to Sinbad, there were quite a few moments where I was reminded of Udo era Accept.  Where a lot of recent heavy metal artists have gone for speed and the faster gallop of Iron Maiden and the like, Coronary has a tendency to stick towards mid-tempo arrangements where they’re able to hit you with some riffs that are melodic but have a rougher edge to them.  There are a few exceptions, particularly the punchier “Firewings” which puts the foot on the gas and hits a little bit of classic Saxon, but more often the material comes across like Accept mixed with a little AC/DC and Scorpions, with even a little bit of 80s glam thrown in for good measure.  The variety is appreciated, especially when considering how many modern heavy metal bands tend to pick one variant of the genre and not go outside of that box for an entire album.  It helps that the energy stays at a high for the entire run, as even when the tempos slow down and approach ballad territory there’s still a driving rhythm line and sharpness to the instrumentation that stands out.  Although it’s consistent from beginning to end, there are a few lulls in the middle but the strength of songs like “Firewings”, “The Hammer”, and “Mestengo” are easily worth the price of admission alone.

Vocalist Olli Kärki strikes a delicate balance between rougher, grittier singing and melodic pitches over the course of Sinbad.  There are some moments where he’s able to channel the fire and rawer edge of Udo or Biff Byford, but he also spends just as much time on the album hitting those slightly softer ranges that are classic arena or glam rock.  Kärki is supported by backing vocals from two of the other members which results in some memorable harmonies as well as some gang vocals that have a slight thrash influence to them.  It’s always nice when a singer seems to really understand their natural range and doesn’t just try to throw in falsettos when they can’t quite get there, and Coronary consistently make use of what their front man can offer throughout this album.

Chances are you know exactly what you’re getting with Coronary’s debut, and while the material is likely to make you think of a slew of other albums there’s no denying that these guys get what made the classics work and are able to do the sound justice.  And I can’t say that I’ve heard a ton of bands in recent memory going much heavier into the Accept side of 80s heavy metal versus the usual Judas Priest and Iron Maiden wannabes, so that makes this one particularly fun to listen to.  2021 has brought quite a few quality heavy metal releases across my desk so far, and this is another strong one that hints at even greater things yet to come.  Sinbad is available from Cruz Del Sur Music.