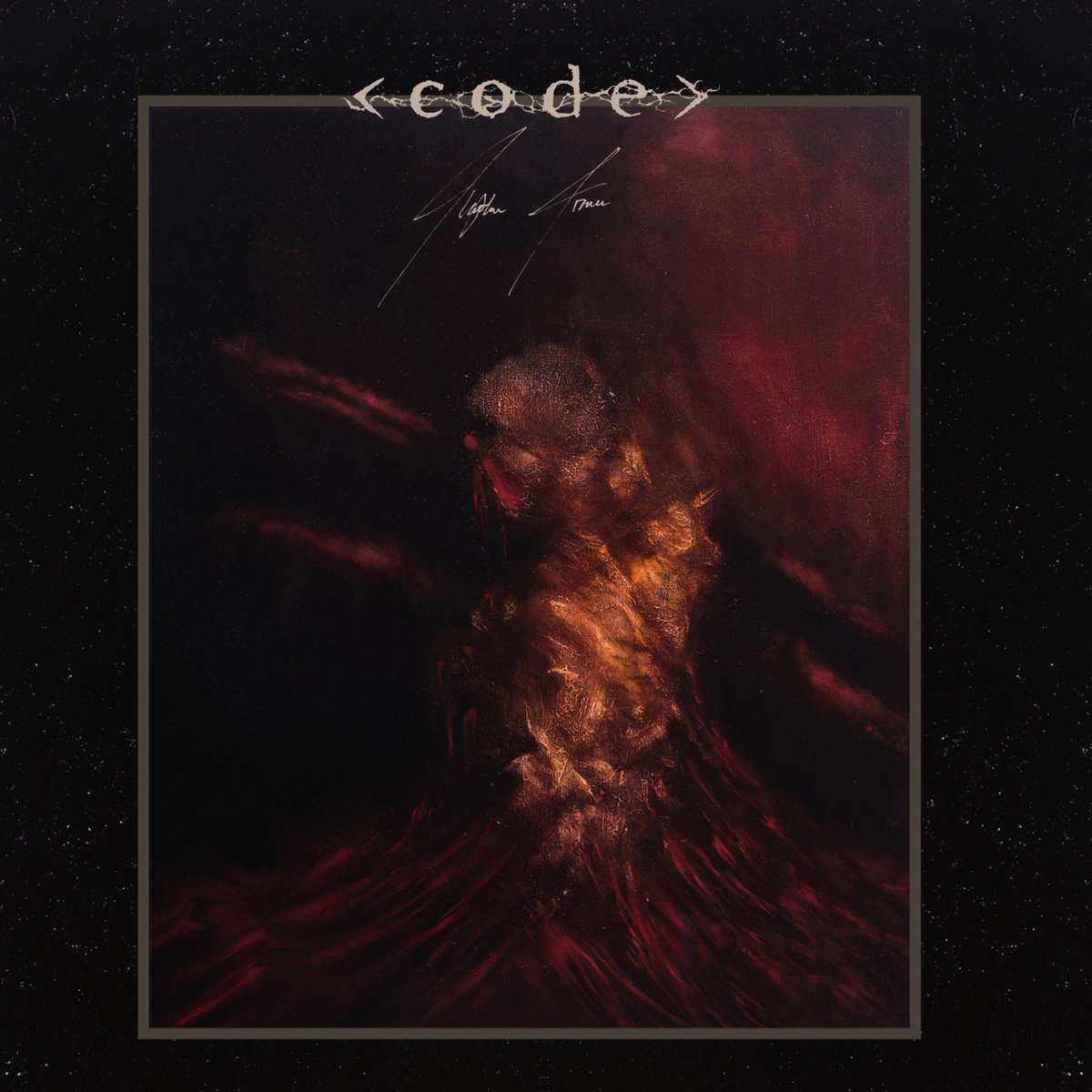 UK based Code has tended to shift gears from one album to the next, having started off with a progressive take on black metal that eventually gave way to the more prog and post rock directions showcased on more recent releases like Mut.  Some of this has come about because of changes in the lineups surrounding founder Aort, as the time between 2009’s Resplendent Grotesque and Augur Nox saw a significant overhaul in personnel.  Despite this second incarnation remaining in place for the past decade, Code has been fairly quiet since releasing two EP’s in 2017, one of which re-imagined some earlier material with the current lineup.  This year’s Flyblown Prince, the band’s fifth album overall, breaks that silence in grand fashion with songwriting that returns to the harsher black metal side while still channeling the darker atmosphere of more recent efforts.  It’s a release that is likely going to need some extra time to unpack, but those that give Flyblown Prince the chance to do so will be rewarded.

What stood out to me throughout this album was how seamlessly it blends the elements of the first two Code albums with the last two while still pushing outwards towards new territory.  You might not know it initially though, as the title track launches right into genuinely harsh and jagged instrumentation that channels quite a bit of Norwegian black metal while still having a bit of a progressive flair to it.  It gives listeners little time to breathe as it weaves a whirlwind of nightmarish instrumentation that showcases this group has hardly lost their bite over the years, even if they detoured away from it previously.  But Flyblown Prince doesn’t stay in one place for too long, and once you reach “Clemency and Atrophy” the band has taken that black metal tonality and moved it towards a much softer yet just as dark direction.  The remainder of the material continues this type of back and forth transition, as songs have a tendency to explore ominous melodic directions and then move back to a more violent and chaotic passage without warning, with progressive shifts forming the foundation of the songwriting.  Interestingly enough, when Code softens up considerably the free-flowing nature of the guitars reminds me of The Mars Volta circa De-Loused in the Comatorium but run through a black metal filter.  The flow of each track feels like its portraying a seamless narrative alongside the vocals, yet listening to Flyblown Prince doesn’t feel quite as straightforward and it’s going to take some time to fully unravel a lot of the nuances at work on these tracks.  Yet with each listen I’ve found certain pieces stuck in my memory and beckoning me to come back into the slightly maddening and unsettling soundscapes the material has to offer.

I’m sure some fans that discovered Code in their earlier days are likely to still prefer Kvohst behind the mic, but Wacian has really demonstrated just how well he fits in over the past decade.  Here his performance has a noticeably theatrical flair and the more dynamic approach is part of what helps to make the material even more memorable.  With the instrumentation favoring swirling and aggressive black metal early on his vocals follow suit with unhinged and psychotic sounding screams, but they give way to soaring clean singing and spoken word that come through like the poetry of a madman.  This is where this latest effort really seems to bridge the gap between Augur Nox and Mut, as the much softer ranges are explored even further alongside the abrasive and chaotic ones.  As I mentioned earlier, there’s a narrative flow to each song that makes it feel like you’re experiencing storytelling in random order at times, and it makes for an intriguing listen.

Those that weren’t totally sold on Code’s detour into more rock-oriented directions will likely find Flyblown Prince to be a welcome return, as they’ve managed to bring back the aggressive and rawer side back while still offering plenty of unpredictable moments.  Despite some straightforward black metal sections on some tracks it’s still a dense listen and does demand some extended time to get the most out of, but the theatrical flourishes and haunting moments have continued to draw me back.  Flyblown Prince is available from Dark Essence Records.