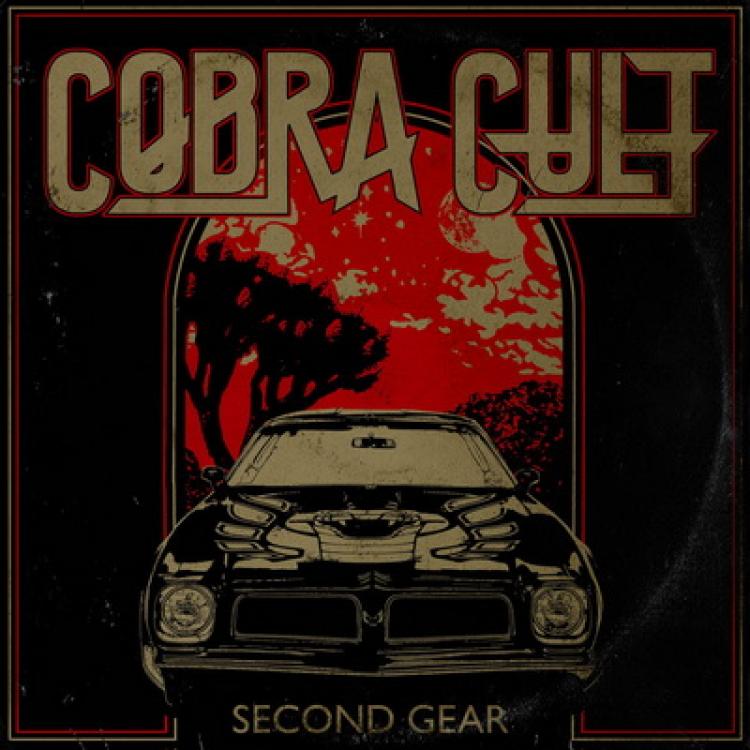 Formed back in 2015, Sweden’s Cobra Cult hit that sweet spot between hard rock and punk rock on their sophomore full-length Second Gear, which follows up their self-titled debut from 2018. Spread over eight tracks, the album makes a point to come in with high energy and stripped-down songwriting that emphasizes the power of quick and catchy riffs that don’t overstay their welcome.  While it flies by in a flash at just twenty three minutes, Cobra Cult makes sure that they cram a lot of catchy leads and grittier vocals in that span of time, ensuring that listeners who can appreciate some straightforward rock ‘n roll won’t be disappointed.

What immediately stands out about Second Gear is the punk and metallic edge that is present throughout many of the songs.  Although the tempos and melodic leads bring in elements of The Misfits and Social Distortion, there’s a rougher edge to the tonality that channels a more abrasive sound.  “The Devil’s End” and “Beat the Demon” in particular have flashier guitar work that brings in a bit of NWOBHM influence and the type of 70s hard rock that would influence heavy metal, but other songs sometimes go for straight up rock ‘n roll similar to fellow Swedes The Hellacopters.  The band keeps things on the short side with only one song running longer than three and a half minutes, which allows them to move at a brisk tempo while still switching things up from one song to the next.  Admittedly some of the punk elements are going to sound super familiar to anyone that’s spent even a brief period of time with the genre, but it’s clear that Cobra Cult understands what continues to make these styles so appealing and has the energy and attitude to back it up.

Singer Johanna Lindhult has a gruffer voice that adds some extra fire and grit to the album, and while I can definitely hear the L7 and The Distillers comparisons that the promotional material mentions there’s also some Joan Jett in there too thanks to the natural swagger that Lindhult has.  When the instrumentals head into some heavy metal influenced territory, the vocals follow suit and move up in pitch slightly in a way that stands tall above the rest of the band.  Joseph Tholl (VOJD, Tribulation) provides some backing vocals at key moments, but otherwise the focus is entirely on Lindhult and her amped up singing.  Rock bands are usually made or broken by their vocals, so it was exciting to find that Cobra Cult really nailed this aspect.

Second Gear doesn’t quite hit that classic level like some of those mandatory albums from Social Distortion or Motörhead, but there are some catchy moments that will have fans of pure rock ‘n roll coming back for more.  With a slightly metallic edge in between blues rock and punk, this gives Cobra Cult an advantage over some of the more one-dimensional acts out there.  I’m torn over whether one or two more songs would’ve helped to round out the listening experience more, but can’t deny that this has been a fun one to listen to on repeat for the past few days.  Second Gear is available from GMR Music.