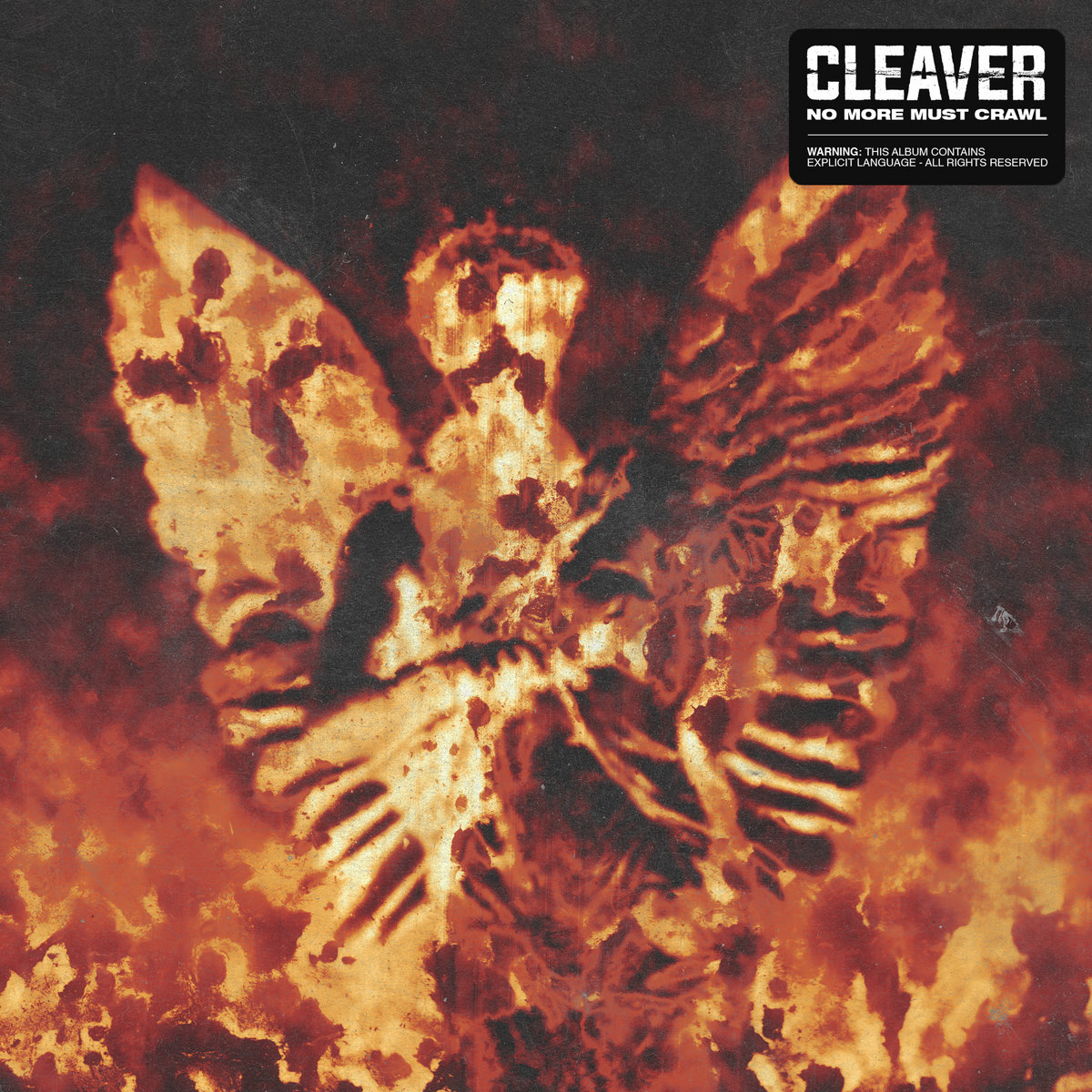 No More Must Crawl
by Cleaver

As someone who grew up with quite a bit of hardcore and metalcore before getting into the extreme variants of metal, I’m always a fan of bands that can capture that same frantic energy and deliver scorching and constantly changing riffs.  French group Cleaver perfectly fits that bill, as their debut full-length No More Must Crawl offers up noisy and punchy hardcore/metalcore that pulls from the frenetic style of earlier Converge and Poison the Well with some other influences occasionally seeping in.  Sometimes approaching mathcore and grind levels of brevity and all-out insanity, Cleaver doesn’t quite nail all their ideas but the skin peeling force of these riffs and vocals make this an album one that still stands out.

There are quite a few moments throughout No More Must Crawl that remind me heavily of When Forever Comes Crashing and Jane Doe era Converge, with the last two tracks even pulling in some of the somber melodies and breaks from the noise that often defined that band.  Considering that Converge remains one of my favorite groups of all time, I don’t mind when artists come very close to that same sound and Cleaver is able to do it justice with very precise instrumentation that retains some technicality in between its frantic shifts and all-out chaos.  At twenty-seven minutes in length, the band comes in fast and furious and destroys things quickly, and with eight out of the ten songs spanning two minutes or less they don’t hold onto ideas for too long.  In addition to Converge, the sharpness of the riffs recalls some more traditional hardcore/punk, and there are even some faster onslaughts that give off a slight hint of grindcore.  Songs like “Sunset” come in with roaring guitar and bass that have that noodly mathcore sound before slowing things down for an ominous brooding section that pulls from a template similar to some powerviolence groups.  There is a lot crammed into a short period of time, and even with how often these songs twist and turns there are particular guitar leads that will stick with listeners and keep them wanting to come back.  Where Cleaver doesn’t fully nail things is the pacing, as the decision to close the album out with the two longest tracks makes this already brief listen drag a bit.  I really like the combination of “Light On” with its ambient melodies and the title track which methodically moves forward with darker riffs and almost post metal sounding influences.  But the six-minute “Grief”, which goes for mid-tempo grooves and more of a punk slant, feels overstretched and doesn’t justify its length which dampens the impact No More Must Crawl’s second half has.  I appreciate the attempt to shake things up and have some longer, atmosphere driven moments in between the violence, but it might’ve been better to put them at other points on the record rather than sticking both right at the end.

While the abrasive tone of the guitar and bass certainly helped to pull me in, it was the over-the-top vocals that really sold me on Cleaver’s debut.  They may not be for everyone, but the sheer chaos and violence that the screams and growls have to offer is likely to help the band click for the right type of listener.  On opener “Desperate” you’re met with a combination of high-pitched screams and gruffer screaming/growling, and there are various other styles utilized over the course of this single two-and-a-half-minute song.  Sometimes the main singer comes very close to Jacob Bannon’s ear-ripping shrieks, while other moments have a bit more of a grind or powerviolence feel to them.  Cleaver certainly isn’t lacking when it comes to variety, as each song has some different type of scream or growl that keeps things feeling chaotic and unpredictable.  Admittedly there are a few of them that sound slightly off or don’t work quite as well, such as the attempt at singing on “Inner Voice”.  But considering that some of the more influential mathcore and metalcore groups had some awkward vocal experiments early on, I think this will be ironed out over time.

Cleaver feels like one of those bands that’s perfectly suited for my tastes, and they bring the type of technicality and controlled chaos that not everyone in hardcore of metalcore can pull off.  Admittedly they sometimes sound just a little too close to mid-period Converge, and while I genuinely like that I’d like to see them experiment even more and find even more of their own nuances.  The pacing could also be improved, as loading the two lengthier tracks at the end drags things down and “Grief” overstays its welcome.  But the short twenty-seven-minute run makes this an easy album to get bludgeoned by again and again, and it’s a great first showing from a band I’ll be keeping an eye on.  No More Must Crawl is available from Klonosphere Records.