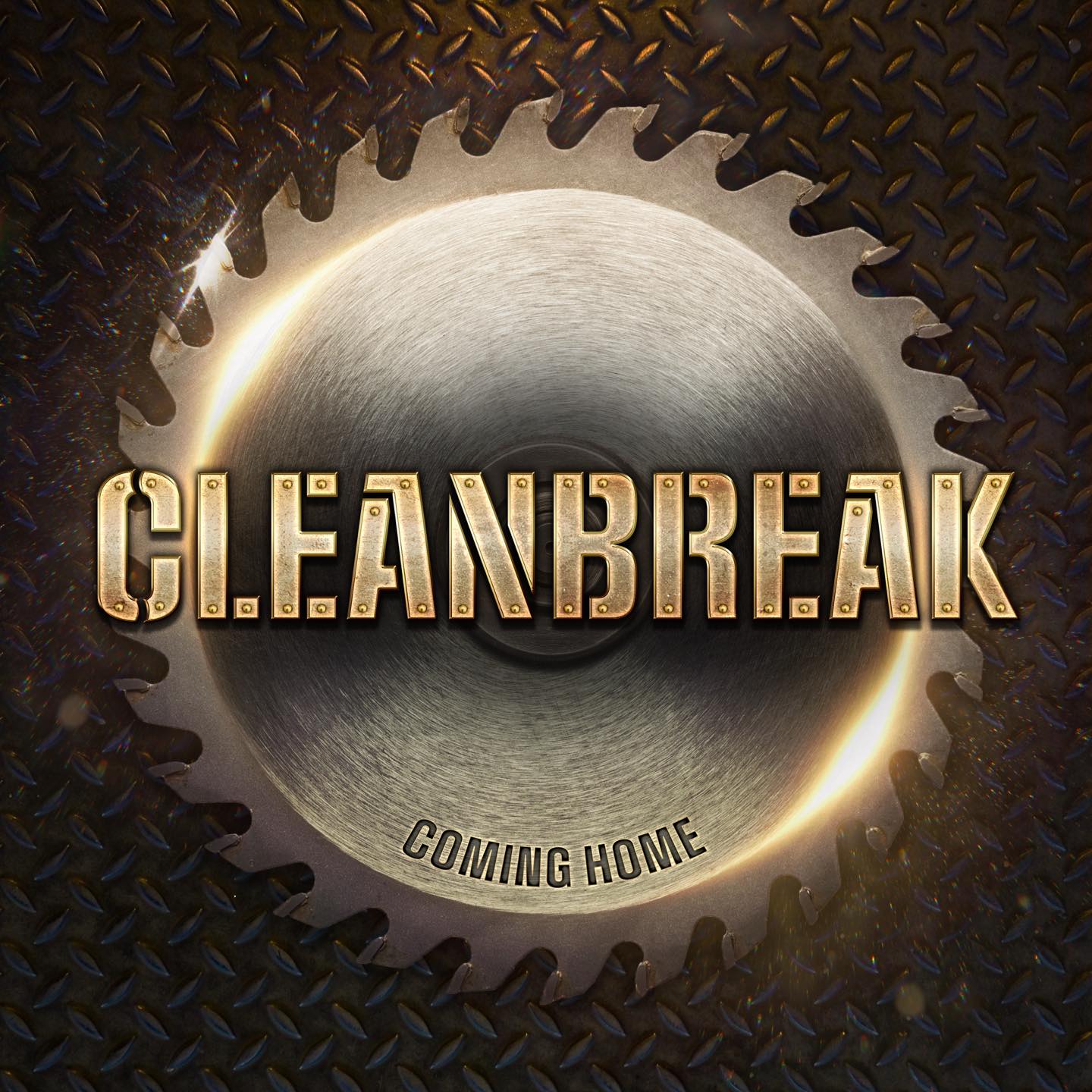 Last year singer James Durbin had the opportunity to debut as a solo heavy metal artist after years of releasing pop and hard rock albums, an American Idol run, and time fronting Quiet Riot.  Durbin’s debut heavy metal solo album The Beast Awakens covered a lot of ground and felt like a true love letter to everything from hair metal to NWOBHM.  Although there was still untapped potential and a few songs that didn’t hit the mark, quite a bit of the release stuck with me and it was clear that this material was from an artist that truly cared about these styles.  After a solid debut, I was expecting we might get additional solo material from Durbin but instead we get an entire new group called Cleanbreak.  Perhaps that’s not too surprising as Frontiers Records has spent quite a bit of time assembling supergroups over the last decade with their stable of musicians and in-house producers, and that’s what exactly how Cleanbreak came together.  The band finds Durbin paired with Riot V guitarist Mike Flyntz, Stryper’s Perry Richardson and Robert Sweet, as well as producer Alessandro Del Vecchio who has worked on a lot of Frontiers’ recent projects.  With this lineup in place, Cleanbreak’s debut Coming Home explores the intersection of heavy metal and hard rock in America from the 80s into the 90s and comes out swinging with a strong lineup of songs.

Right from the opening of the title track it’s clear that a lot of work has gone into making sure the sound on Coming Home captures everything about classic American heavy metal and hard rock.  There’s a softer melodic opening with piano that leads into some soaring guitar work, and the song sounds absolutely huge by the time it reaches its chorus.  Cleanbreak finds a natural balance between that crunchier heavy metal tone and melodic ones where the guitar is a bit airier, and the keyboards are more prominent in the mix.  The group never goes into full-on ballad territory, keeping the tempos moving even when they lighten up the tone, and as a result Coming Home often reminds me of everything from heavy metal, glam rock, and even some AOR over the course of its eleven-track run.  Admittedly the album does seem to be oriented around a very strong opening and ending with the middle tracks not standing out quite as much.  They’re enjoyable and still have that mix of crunchier guitar work, prominent bass lines, and soaring melodies, but don’t quite stack up to how catchy the likes of “Before the Fall”, “Dying Breed”, “Cleanbreak”, and “No Other Hearts” are.   Despite that being the case there are more songs overall that stuck with me compared to The Beast Awakens and it’s clear that all the players are gelling well here.  My only other complaint is sometimes the production feels a bit too focused on making everything sound big and expansive all the time, which makes some of the verses and choruses run together rather than allowing for natural build-ups from more restrained instrumentation.

James Durbin has one of those voices that seems like its perfect for everything from barroom heavy metal to arena filling hard rock, and it’s this versatility and presence that drew me to The Beast Awakens last year.  With Cleanbreak Durbin has only seemed to get better, and no matter where his voice goes on Coming Home you’ll be sucked right into every word.  The title track showcases his ability to belt out lines with bravado while hitting some soaring melodies, and later in the album he hits some lower ranges that add that weight listeners expect from heavy metal.  But where Durbin shines the most for me is “Cleanbreak”, where he does glam like screams, heavy metal falsettos, and grittier singing back-to-back.  Yet, it’s still cheesy to have a song bearing your band name, but it works so well here and ended up being a highlight for me.  His voice may have already been able to grab listeners on his rock albums and last year’s heavy metal exploration, but James Durbin is shining more than ever before with this lineup.

There are a few lulls around the middle of the album and some tweaks to the production would go a long way in making individual moments stand out just a bit more.  Yet this is still a strong debut that I haven’t been able to put down since that first listen, and the fact that this roster has clicked so naturally despite being together for a short time suggests incredible things on the horizon.  Whether you like Stryper, Riot, or just melodic tinged hard rock/heavy metal in general this is worth checking out.  Coming Home is available from Frontiers Records.