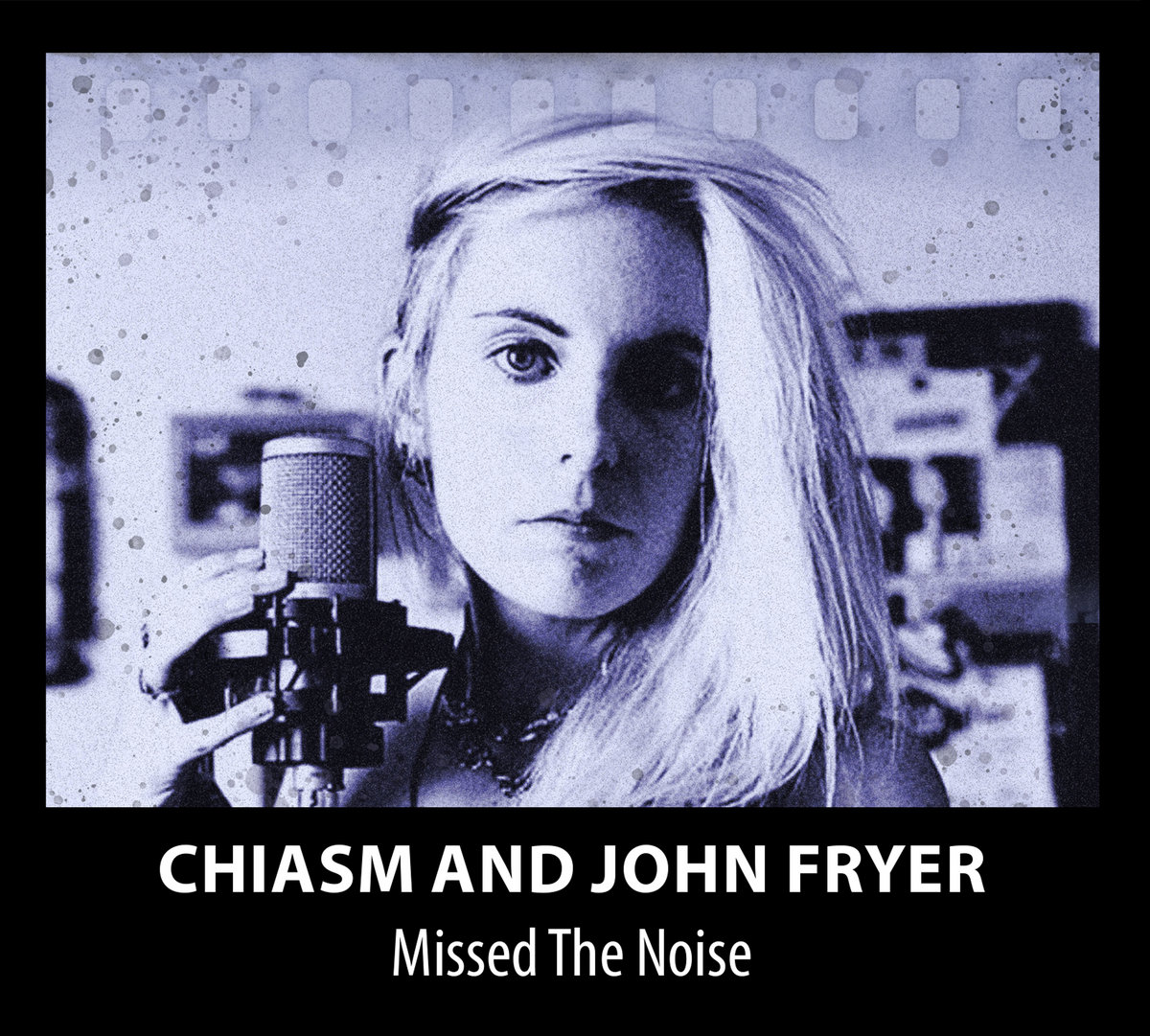 Emileigh Rohn has been releasing industrial and electronic music since 1997 under the name Chiasm, with each album and EP offering a slightly different take on a dark and futuristic sound.  Starting with last year’s Away EP Rohn has started to collaborate with John Fryer, who in addition to his work with This Mortal Coil has been well known as a producer for bands like Depeche Mode and Nine Inch Nails.  After months of teasers the final result has finally been revealed in the form of the Missed the Noise full-length, with the name tying into Fryer’s current solo project Black Needle Noise.  Where some of Chiasm’s previous material went for noisier industrial and more experimental elements, Missed the Noise offers up a more accessible yet just as interesting sound that pushes Rohn in some new directions.

I have to admit that I’m hardly an expert when it comes to Chiasm’s discography, but based on the few songs that I sampled from albums like Relapse and Reform one of the biggest differences is how much more prominent and powerful the singing is.  Where some of the tracks still have softer and subdued pitches where Rohn’s voice seem to dance around the layers of instrumentation, there are quite a few where she soars over top of the pounding beats and fully takes the spotlight.  It feels like Fryer has brought out even more confidence in her singing and she makes the most of it throughout Missed the Noise, with the poppy edge of some of the bigger hooks bringing Goldfrapp to mind.  There’s a great balance between songs where Rohn has a slightly rougher edge to her voice and ones where she sounds mellower and stripped back, and the way that the vocals are layered to create harmonies proves to be enticing.

With opener “Noise” Chiasm & John Fryer draw listeners in with huge hooks, as the beats drive things forward with a methodical cadence while the darker, futuristic melodies dance over top of them.  While albums that open with this type of room filling electronics and danceable beats can sometimes be in danger of falling into a pattern very early on, there’s quite a bit of variety on display throughout Missed the Noise.  In addition to faster tempos and electronics that feel like they could be on the soundtrack to Cyberpunk 2077, songs like “Wanted” and “Gone” slow things way down in favor of an ethereal atmosphere that still has a darker slant to it.  At times the way the material builds up to its choruses reminds me of the more rock-leaning variants of industrial, as even compared to some of Chiasm’s past work the writing feels more accessible and there’s a lot of crossover potential for listeners that don’t always go for the noisier or minimalist side of the genre.  But with Fryer’s expertise drawing out polished hooks as well as subtle nuances that don’t fully stand out upon repeat listens, there’s a lot to keep you coming back to as the darker melodies and club worthy beats put you under their spell.

Although there are some familiar elements at work throughout this album that are sure to remind listeners of some of the better industrial and industrial rock bands from years past, Chiasm & John Fryer’s collaboration has plenty of strong hooks and additional depth to make this album worth spending some time with.  The sound is much fuller, and you can tell that the electronics have all been layered in order to maximize the pulsing cyberpunk soundscapes and ethereal moments which makes a big difference.  Hopefully this is just the beginning of the collaboration between the two as they seem to bring out the best in each other.  Missed the Noise is available from COP International.