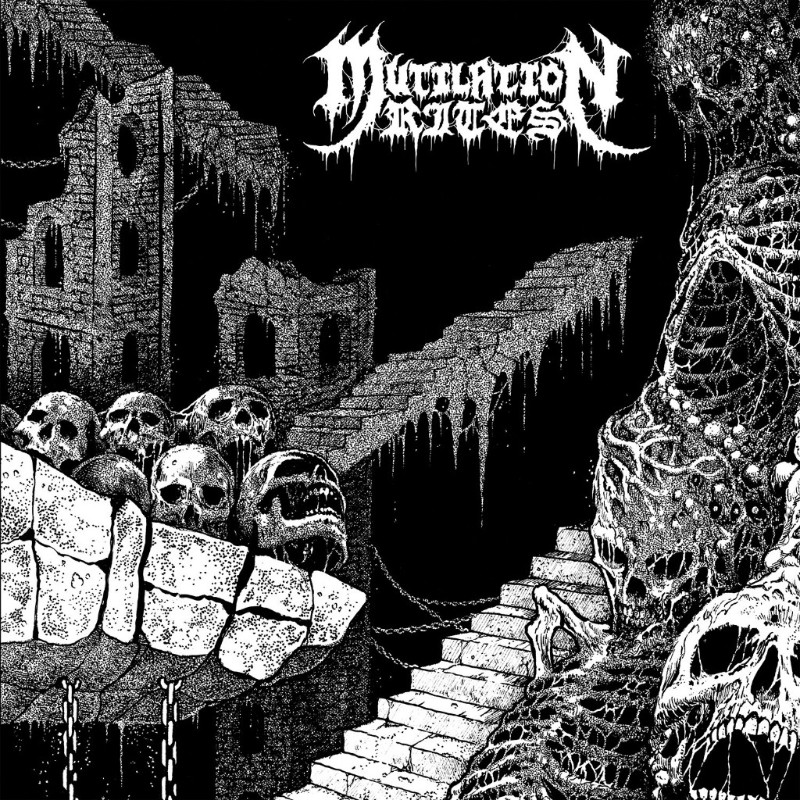 The Pitch: "A turbulent, caustic take on deathly black metal, Chasm sees Mutilation Rites at the height of their songwriting, as they venture further into the darkest shades of black and absolute dread." Via Gilead Media. FFO: Crypt Rot, Expulsion, Zom

What I Like: Mutilation Rites are another no-frills band that seem solely focused on delivering the most dark and evil sound possible. Fusing old school death metal with blackened sentiments, Chasm is a gaping maw of hellish depravity filled with crusty beats, ominous tremolos, and demonic death growls. It's a relentless onslaught of suffocating atmosphere and sheer brutality. And I really dig that bass break on "Putrid Decomposition."

Critiques: 42 minutes feels too long for this style. There are several 6+ minute songs on this album and they just don't have the substance to back it up. There's nothing wrong with keeping a stripped back approach, but in doing so you'll generally maximize the effect by keeping things brief. I'd honestly cut this album in half and it would be stronger for it.

The Verdict: With Chasm, Mutilation Rites succeed in dragging the listener to hell, but they sure take their time in doing so. Take a tip from some of the FFO's listed above: less is more. Either that or step up the progressive songwriting.