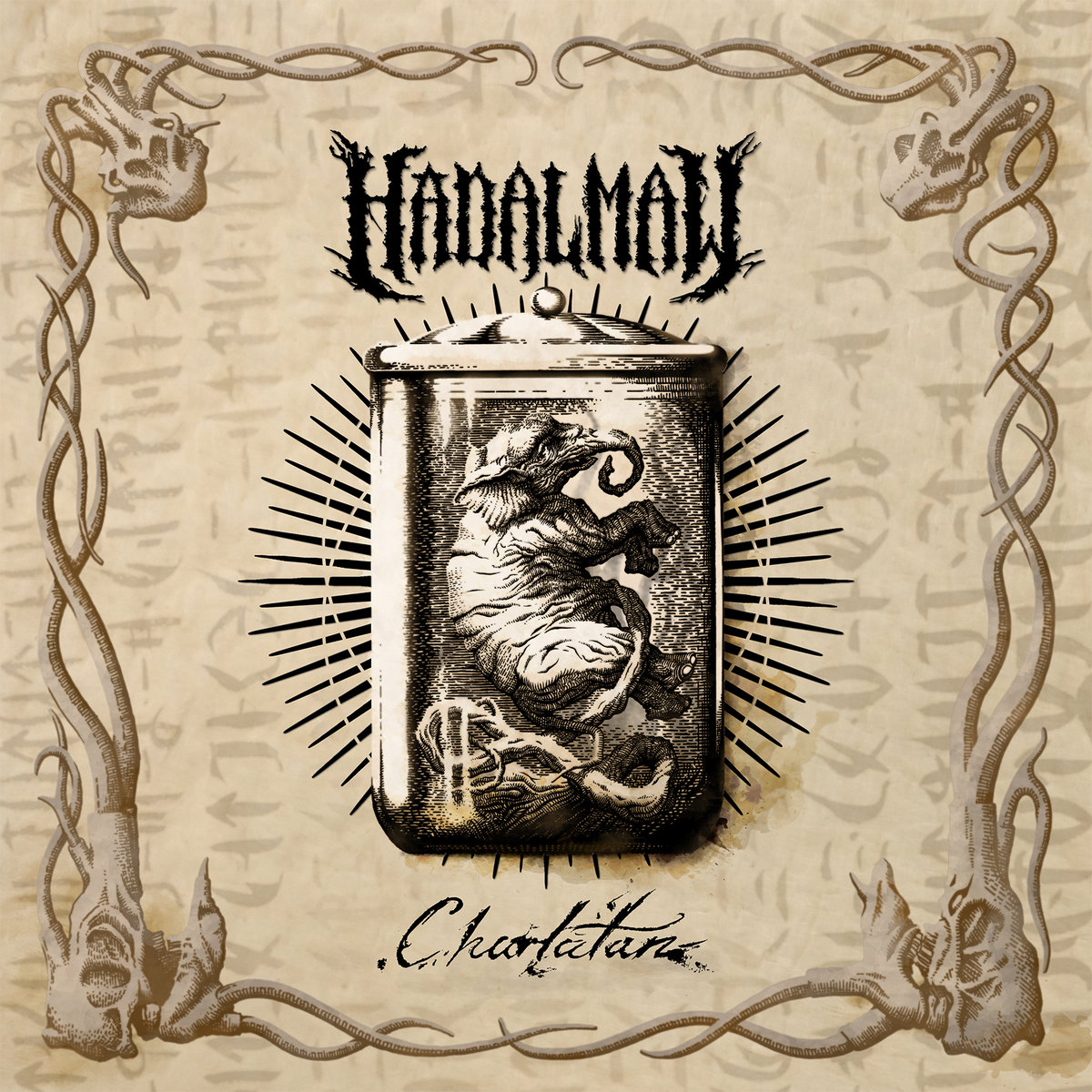 The Pitch: Melbourne, Australia progressive death metallers Hadal Maw return with Charlatan via EVP Recordings. "Through the perfecting of lies and preservation of myth the serpents have come to power, we are beneath their pulpit." FFO Gorod, Intensive Square, Gorguts, Barus

What I Like: I was already a fan of the band's previous effort, Olm, what with their technical performances, progressive songwriting, and attention to groove. Charlatan brings back all of those elements full force while also taking a notable step forward. My previous critique of their work was that the album sounded a bit disjointed, which was reflective of their writing process at the time. This new outing feels much more fully realized as a cohesive concept. Songs ooze seamlessly from one to another like some insidious cross-breeding of Gorguts with Meshuggah. Blastbeats, sludgy bass, and blackened vocals give rise to an overwhelming sense of anquish and malaise. It's at once a work of plodding atmosphere-building and showcase of masterfully technical musicianship. The guitar knows exactly when and where to place a ripping solo or outburst of mathy riffage...and when to pull back to let the dark mood linger. The sparing use of somewhat experimental clean vocals certainly aids with the latter.

Critiques: This really damn good. It's almost as if they used my previous criticism as a basis for approaching the album. With the improvements, I don't have much left to say.

The Verdict: Color me impressed. Hadal Maw have taken an already ear-catching sound and polished it up into something that simply cannot be ignored. Charlatan is wonderful album that defines what it means to mature as a band. Great composition and attention to detail, killer atmosphere, enviable performances.