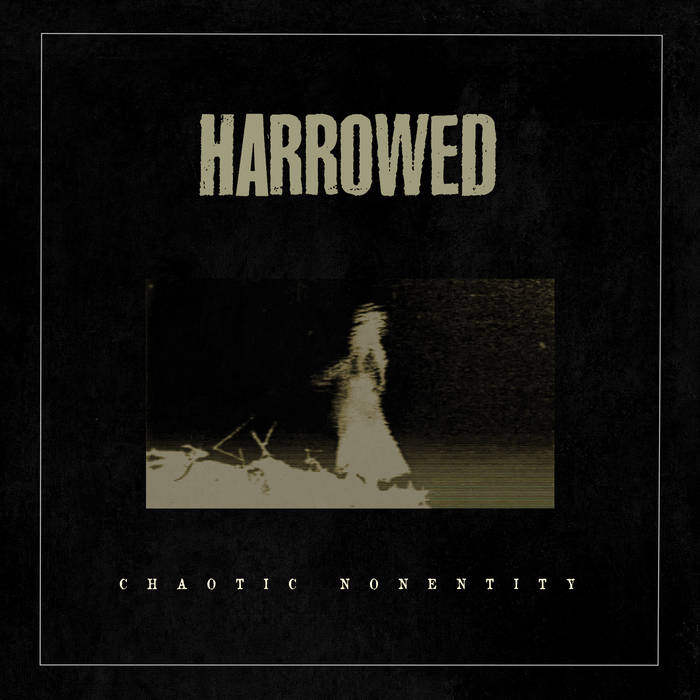 The Pitch: "Crushing nihilism" from UK hardcore band Harrowed, with the occassional "bloom in the dirt of the human race." FFO: Converge, Trap Them, Botch

What I Like: "Stark Terrors." Jesus, what an opener. It's like Norma Jean collided with Hexis. Acerbic vocals meet swarming bee guitar riffs and a clanky bass breakdown sure to cause a few bone fractures. Without so much as skipping a beat, "Postmodern Prison" follows suit with a bluesy earworm guitar riff sandwiched around a hellfire of crusty, grindy madness. Fast and fierce. And so it goes from henceforth. Sure, there is a the occasionaly sludgy reprieve of tracks like "Disconnexion" or "Derelict," but also expect to feel your brain rattle inside your skull for the next 30 mintues. And "Converge-isms" abound in both the Koller-esque drumming and wailing Ballou guitars.

Critiques: The first half is stronger than the second. This project is at its best when the brakelines are cut.

The Verdict: While a bit uneven, Chaotic Nonentity is another solid entry for hardcore in 2019. Harrowed deliver all of the raw thrills we've come to expect, and in a way that remains true to the roots of the genre.