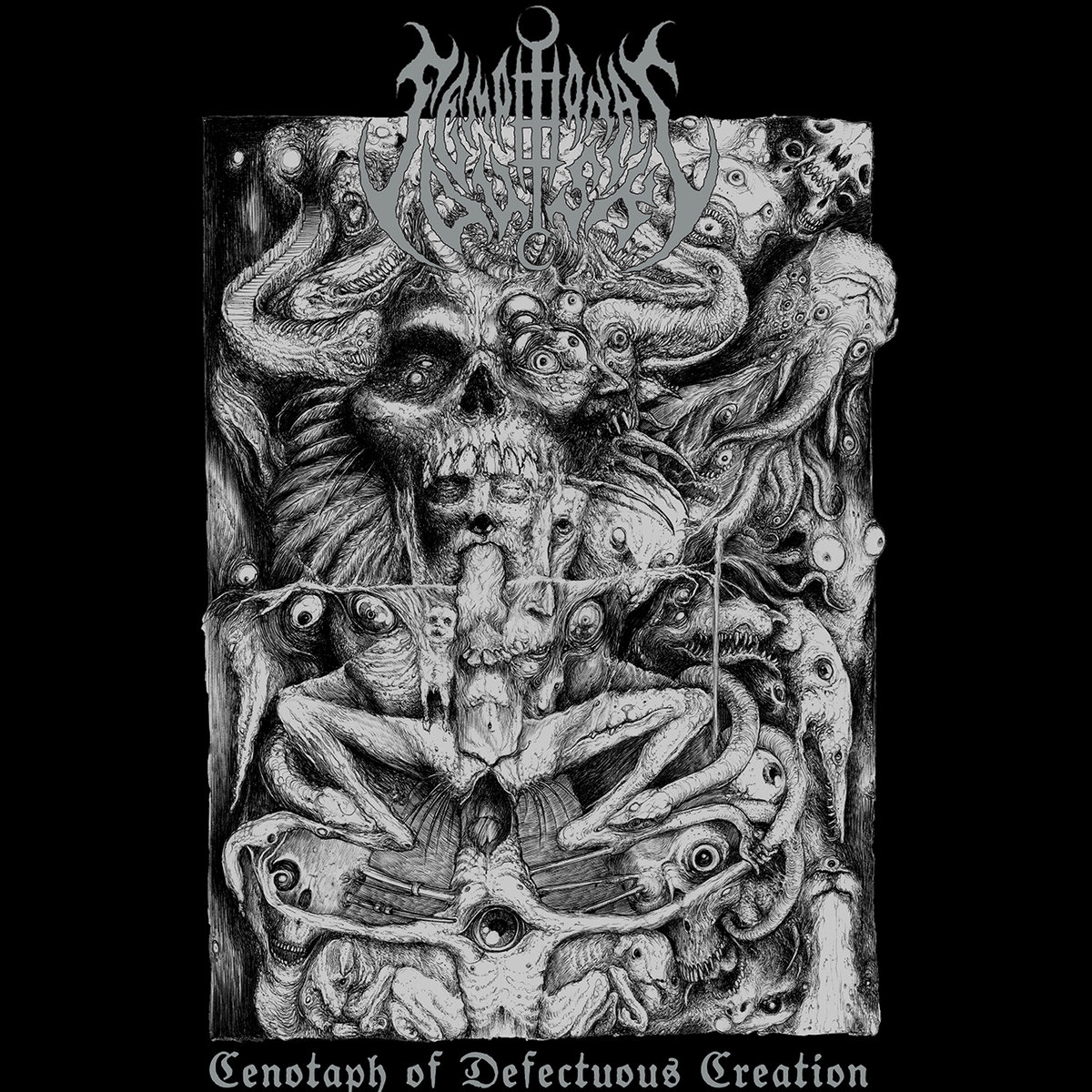 Sempiternal Dusk has hardly been quiet in the years since 2014’s self-titled full length, as they’ve released lengthy tracks on splits with bands like Encoffination and Cauldron Black Ram.  But with each release the anticipation for a new album has increased, and finally this year the Portland death metal group has delivered it with Cenotaph of Defectuous Creation.  It’s a leaner effort then its predecessor coming in at ten minutes shorter and the production has moved away from some of the murk in favor of a more direct bludgeoning.  While this may not be that drastic of a departure from what Sempiternal Dusk has offered since their inception, the songwriting continues to deliver crushingly heavy riffs and haunting atmosphere that are on par with some of the better bands in the genre.

Part of the appeal to Sempiternal Dusk’s take on death metal is how methodical it feels.  Though the songs skew towards the longer side and sometimes straddle the line between ominous death/doom and raging death metal, there isn’t any wasted time and it feels like the instrumentals change gears at precisely the right moment.  As the guitar and bass lines lurch forward they create a haunting and sinister atmosphere that feels like it’s going to suck you right into the depths of a crypt, and just as the slower tempos start to lull you into a haze the band shifts gears and attacks full speed.  It proves to be effective from one song to the next and draws you in to each and every passage, and with Cenotaph of Defectuous Creation boasting an even fuller and in your face mix the band’s destructive power has only continued to increase.  Death metal that spends much of its time lurching forth at a slower tempo rather than bludgeoning you with speed can be hard to do well as it’s easy to drag out, but Sempiternal Dusk makes it look easy and has what it takes to keep listeners coming back.

Tim Call’s vocal work should be familiar to quite a few people, as in addition to handling drums and vocals for Sempiternal Dusk he’s also contributed to a ton of other metal bands.  His performance here consists of low-pitched growls and higher screams that spread outwards over top of the instrumentals and give off a genuinely inhuman and otherworldly presence.  There’s a fullness to the pitch that makes it expand outwards as each song progresses and command your attention, and this suits the overall tone perfectly.  Death metal’s always at its best when it’s got some grimy and nightmarish vocals over top of it, and this album’s got just that.

It’s been a long time coming but Sempiternal’s Dusk sophomore effort showcases their ability to write some crushing yet atmospheric death metal that finds ways to get under your skin.  With lengthier, brooding passages that give off a sense of unease and fast paced attacks that strike when you’re just starting to fall into a haze, this is an album worth spending some in-depth time with.  Cenotaph of Defectuous Creation is available from Dark Descent Records.